By: Jon Wilhelmsen
In: International Travel, Italy, Locations, On the Street
With: 0 Comments

We didn’t want to miss Pisa on the way down to Tuscany, but only managed a half day there, enough time to battle the crowds in the Piazza dei Miracoli (Square of Miracles) and stroll down Via Santa Maria to the Arno River and back.

Walking through Largo Griffi Cocco passing the Ebraico Cemetery, one passes through throngs of tourist junk vendors and some performance artists. Noticed these two ‘mystics’ doing their thing. Quite startling at first glance until it became obvious how they did it. 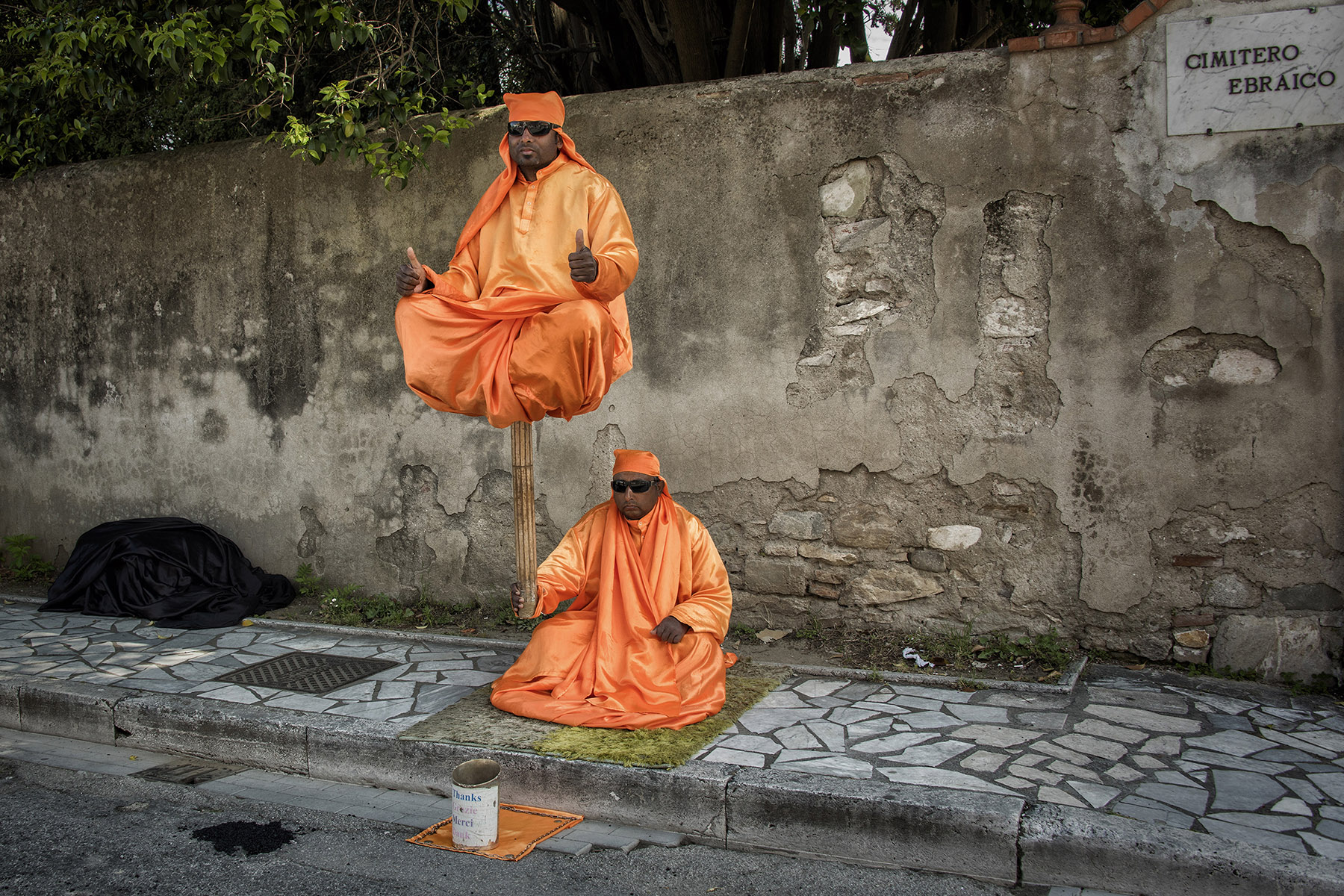 The Battistero di San Giovanni (Baptistery of Pisa), is a beautiful structure built between 1152 and 1363, and is surrounded by an inviting lawn for weary travelers. 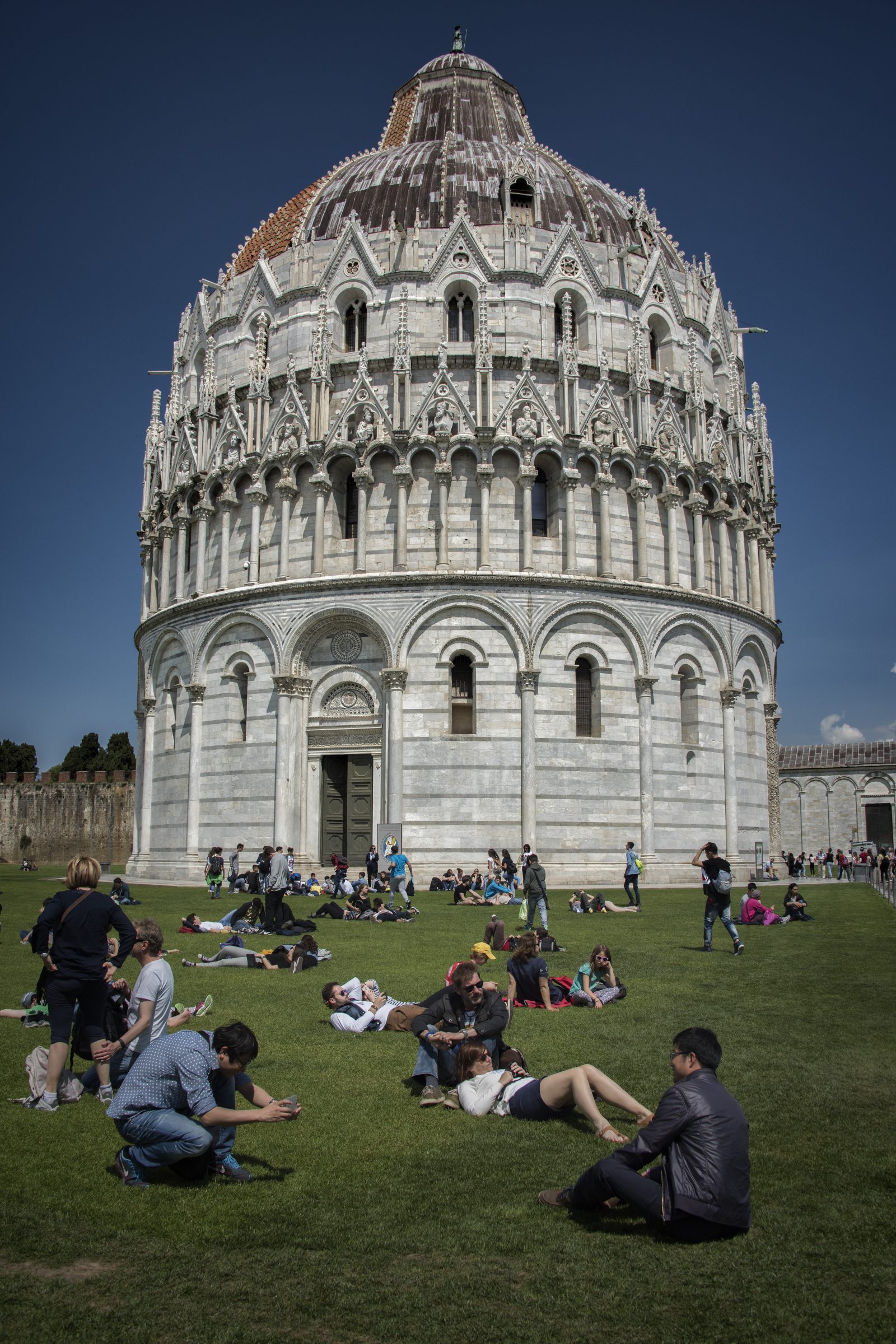 Next is an even more imposing structure, the Pisa Cathedral, also known as the Duomo di Pisa. From this view one can see the angular difference of the Leaning Tower in the background. 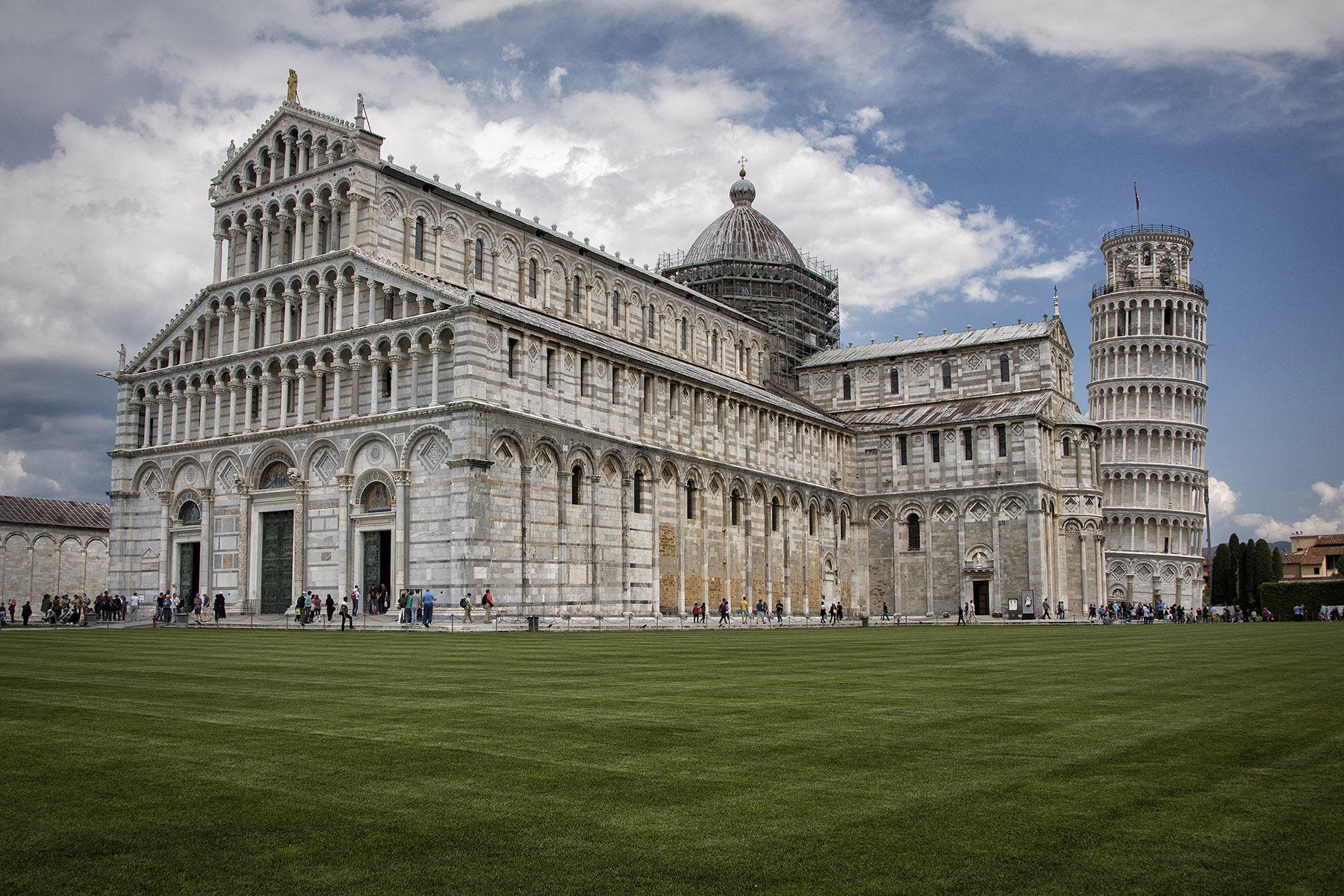 The Leaning Tower of Pisa took about 200 years to build (1172 to 1372). It started leaning early during construction. Fortunately about 100 of those years no construction was being done primarily due to ongoing wars, but which also allowed the ground to settle and harden; otherwise it would probably have toppled. The tower was strengthened in the 1990’s. 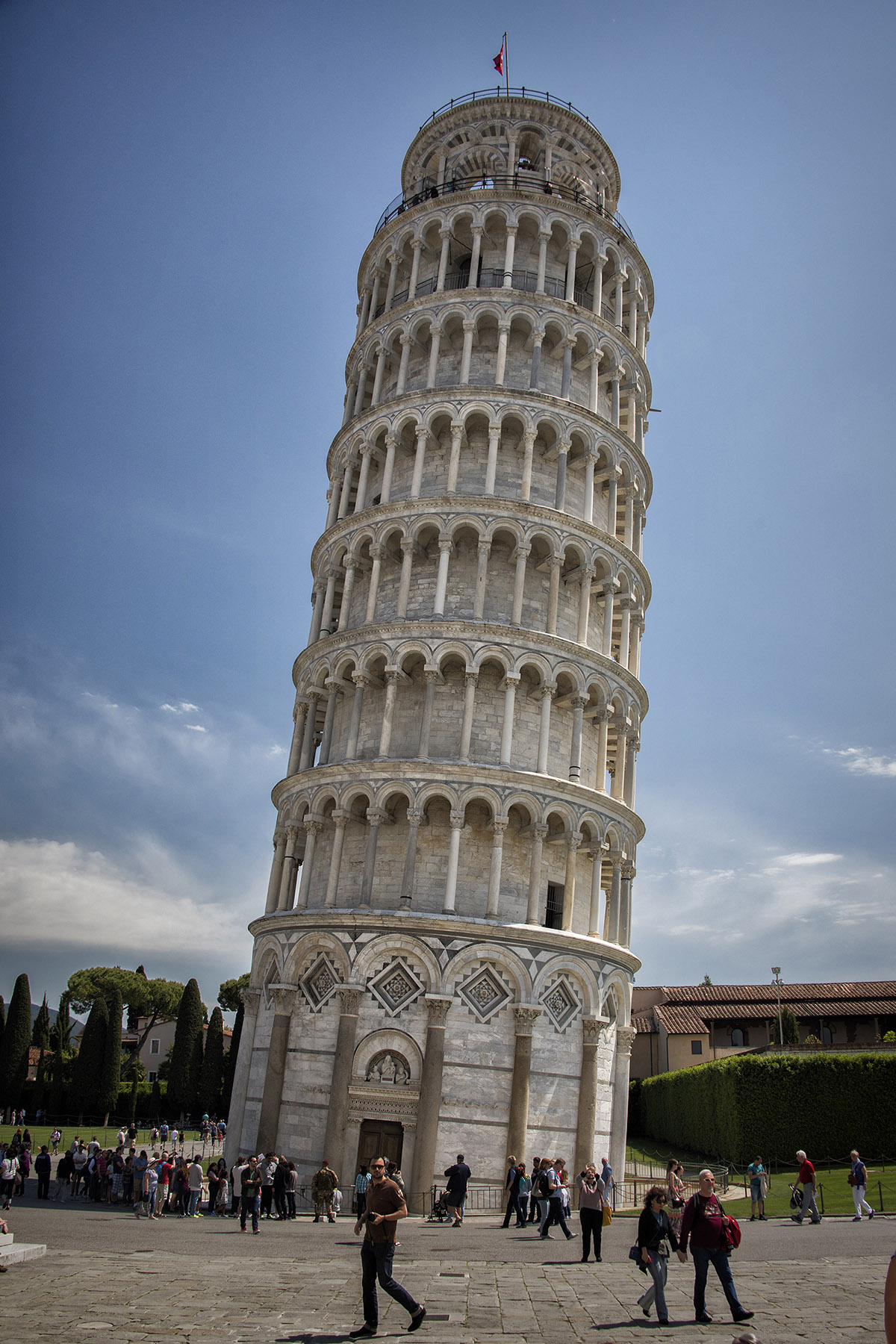 First time we’d seen such an interesting cap on a horse. 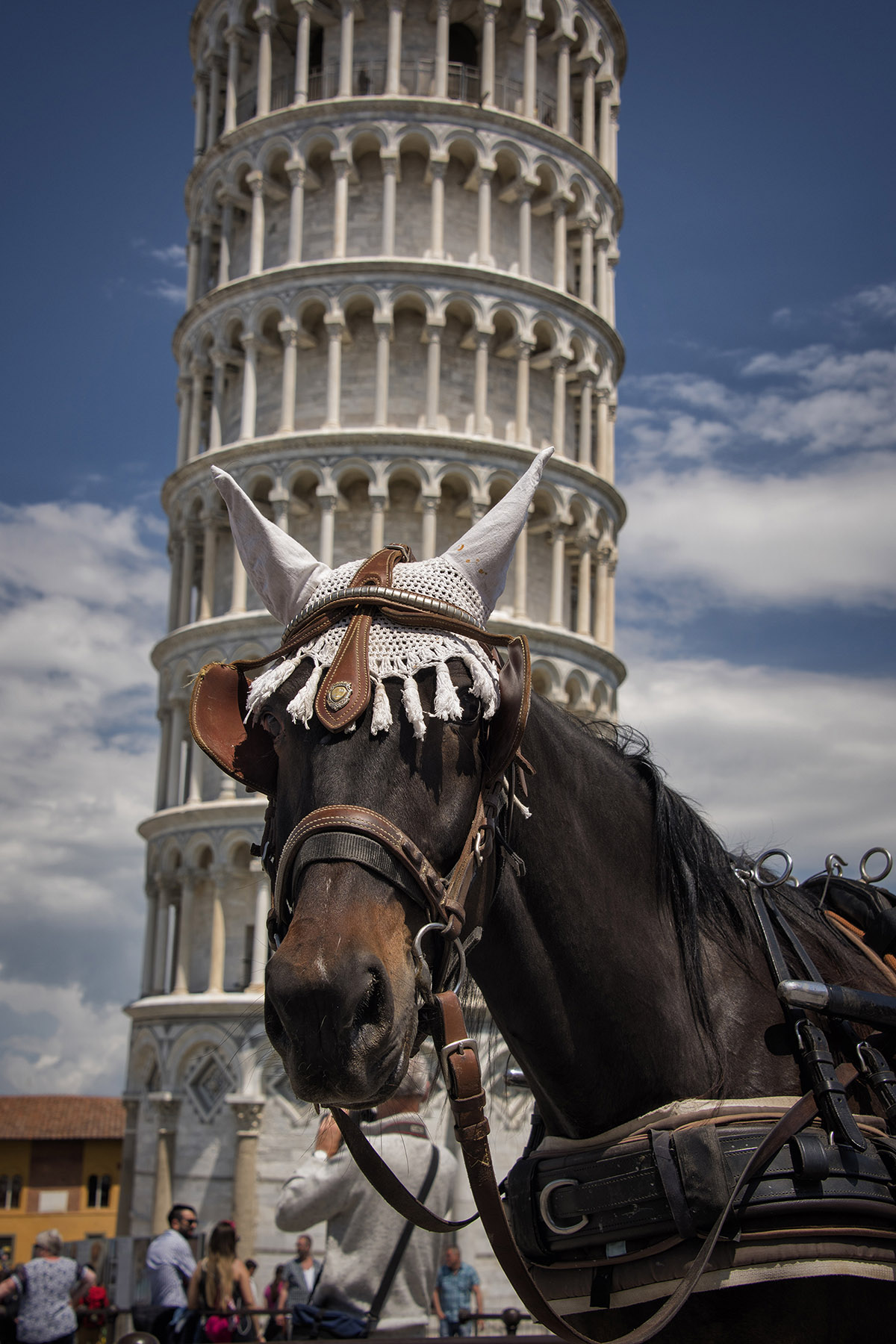 We passed up the horse and carriage and wandered by foot down Via Santa Maria to the Arno River where we could see the Santa Maria della Spina on the opposite side. Built in 1325 and rebuilt in 1871, it claims to shelter a thorn from the crown of thorns work by Christ during the crucifixion.

We wandered west along the river to the Ponte Solferino, guarded by a couple imposing lions. 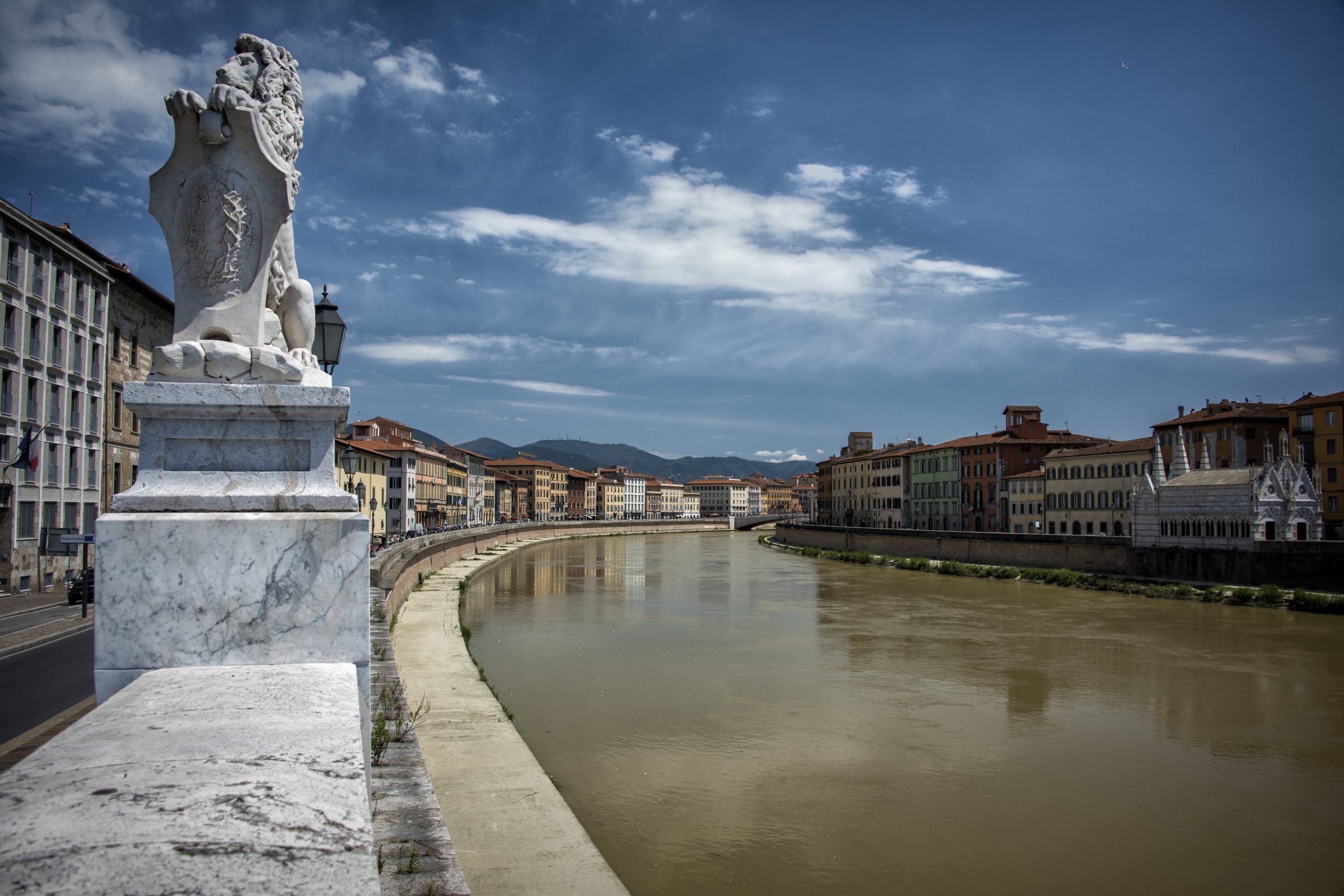 On the way back to the Square of Miracles, passed by the Palazzo dell’Arcivescovado (Archbishop’s Palace) with the statue of Moses sculpted by Andrea Vaccá in the 18th century. 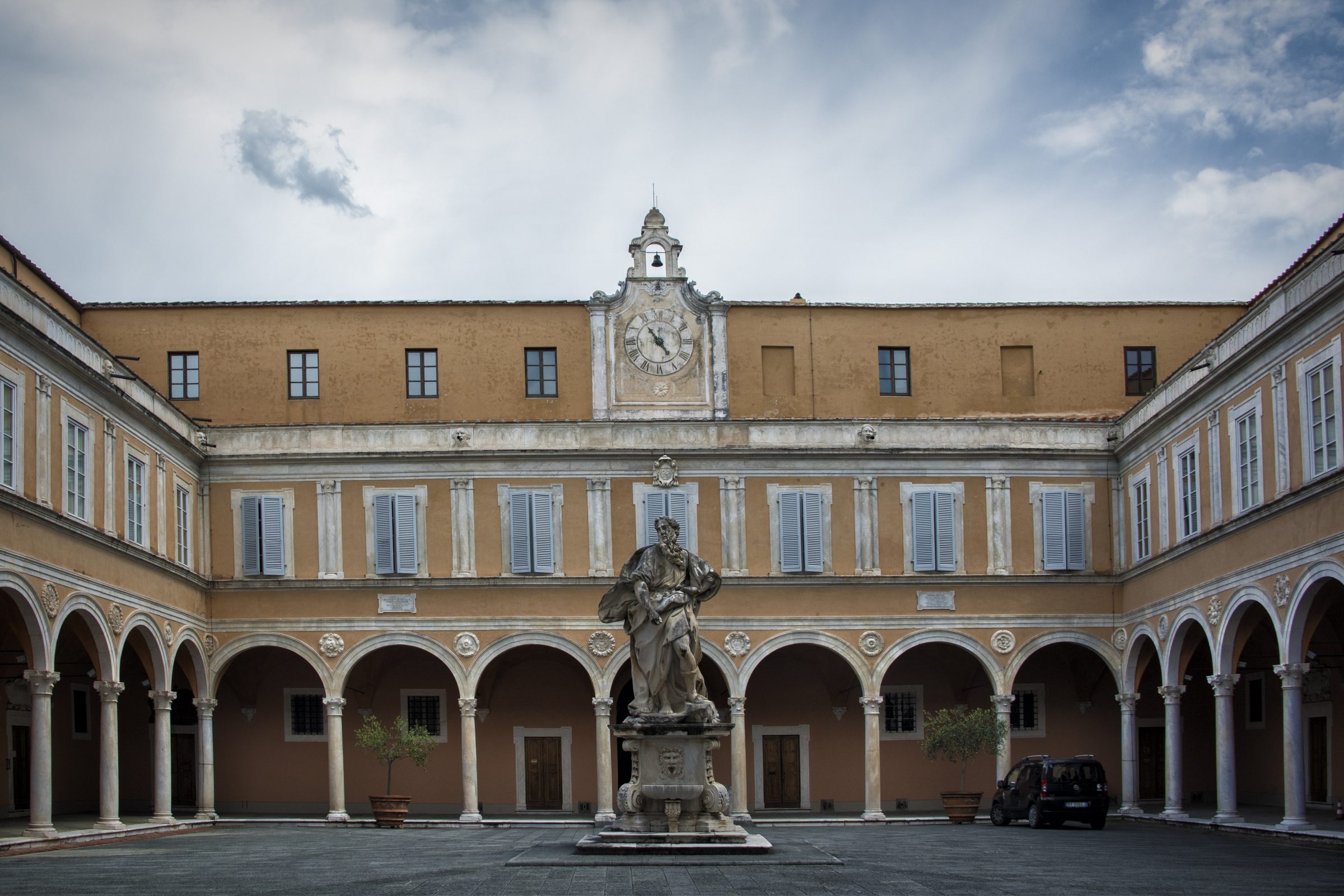 So, back to the Leaning Tower – as imposing as it was, I was more interested in observing tourists from all over the world showing friends and family how they came specifically to hold the tower from falling. 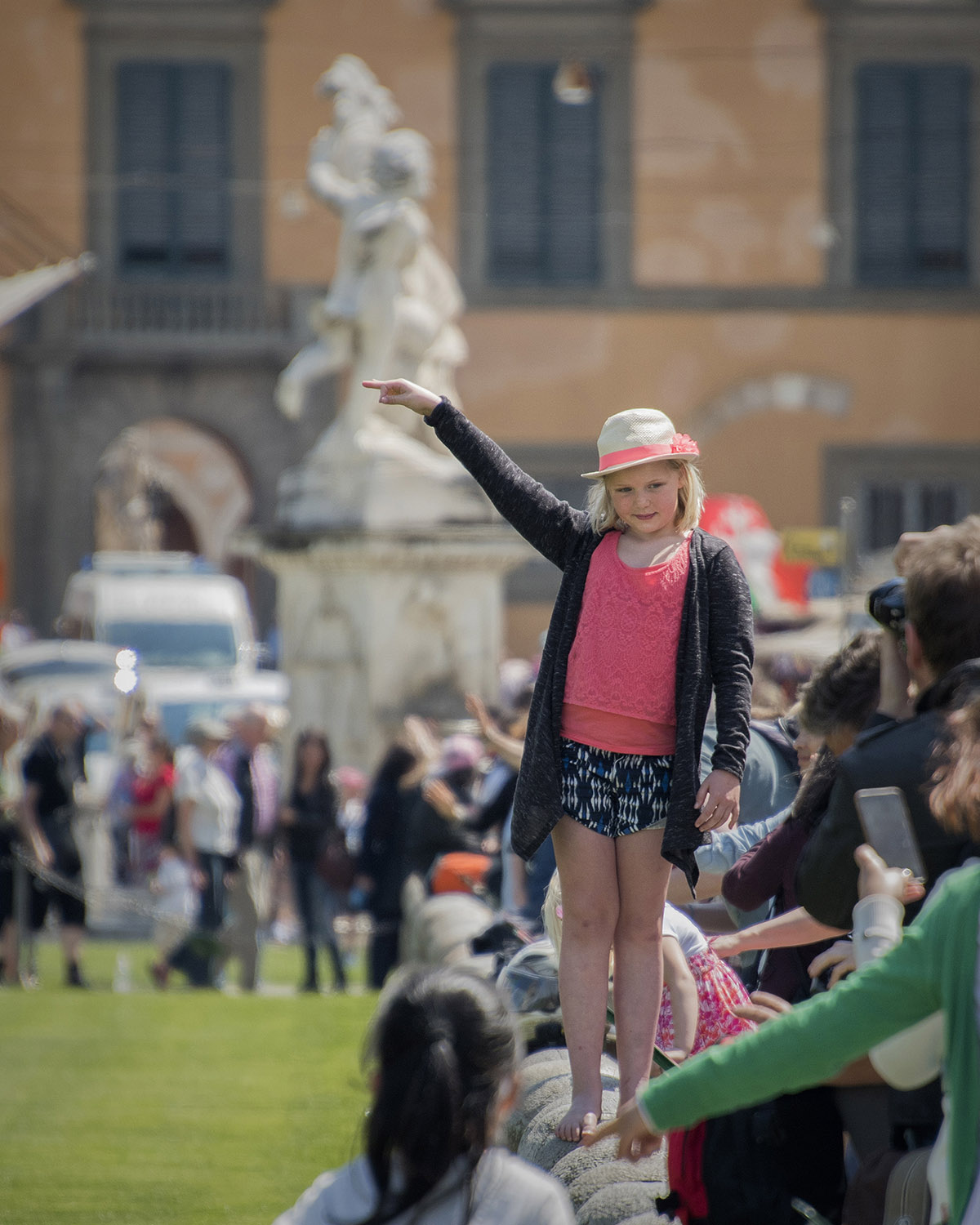 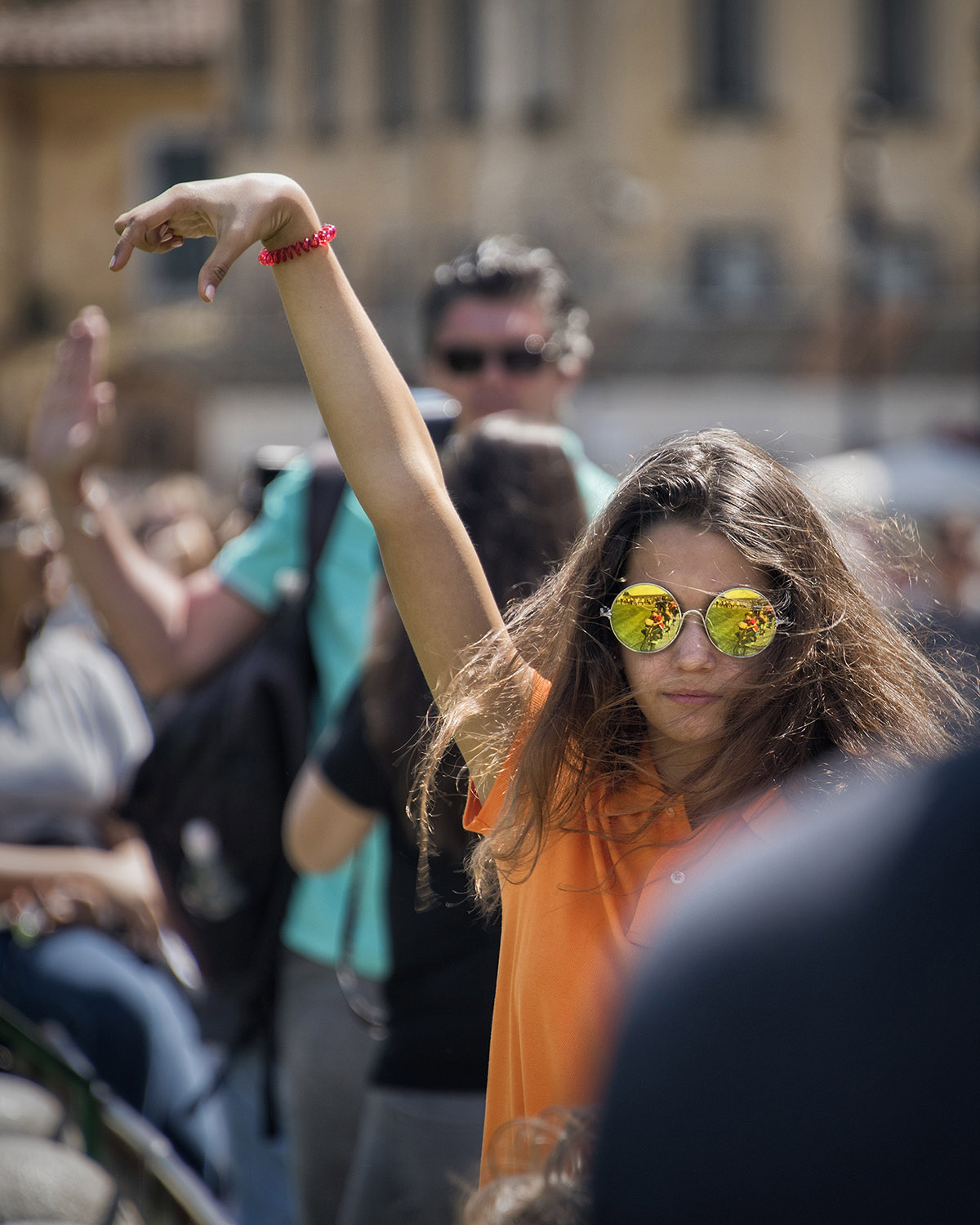 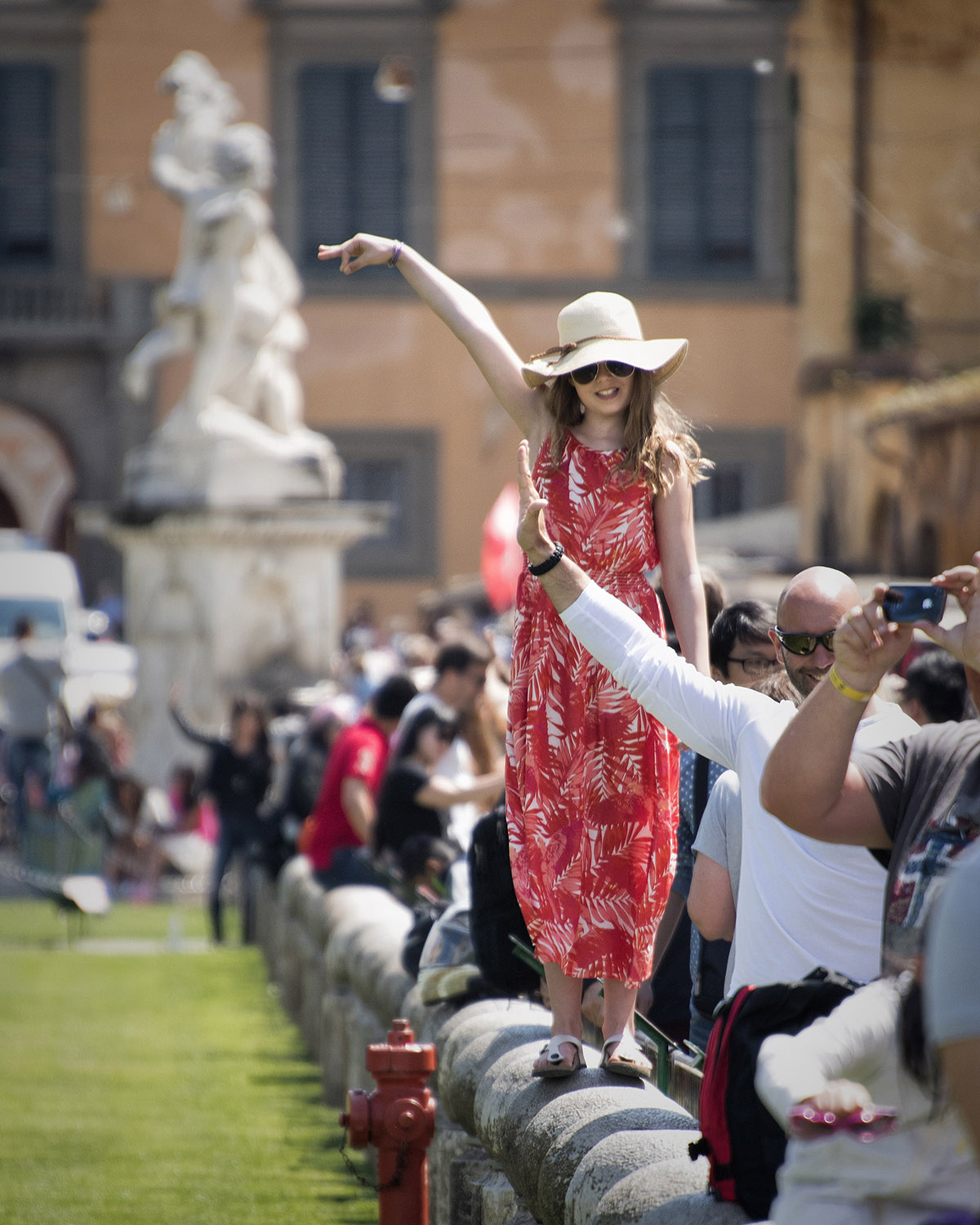 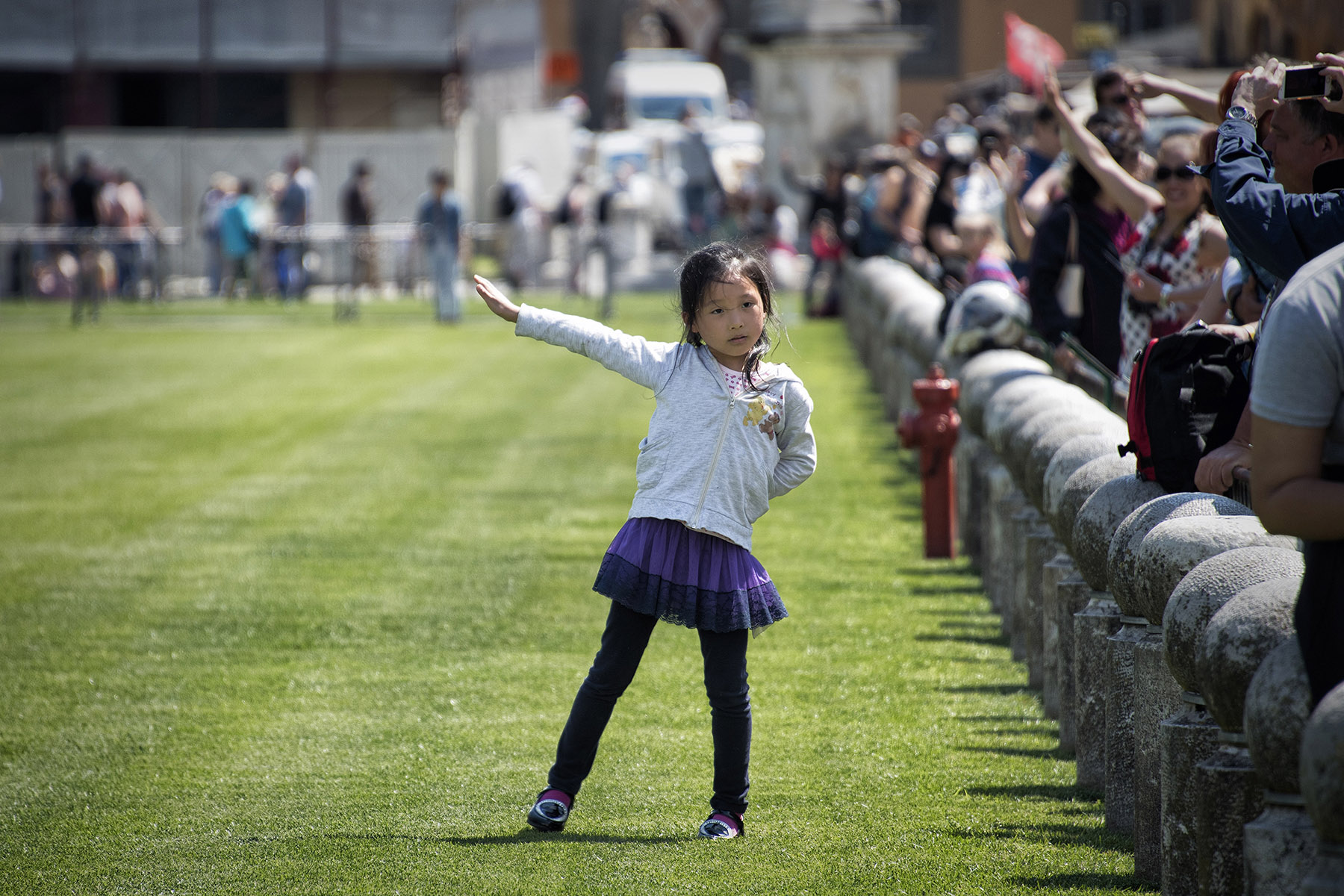 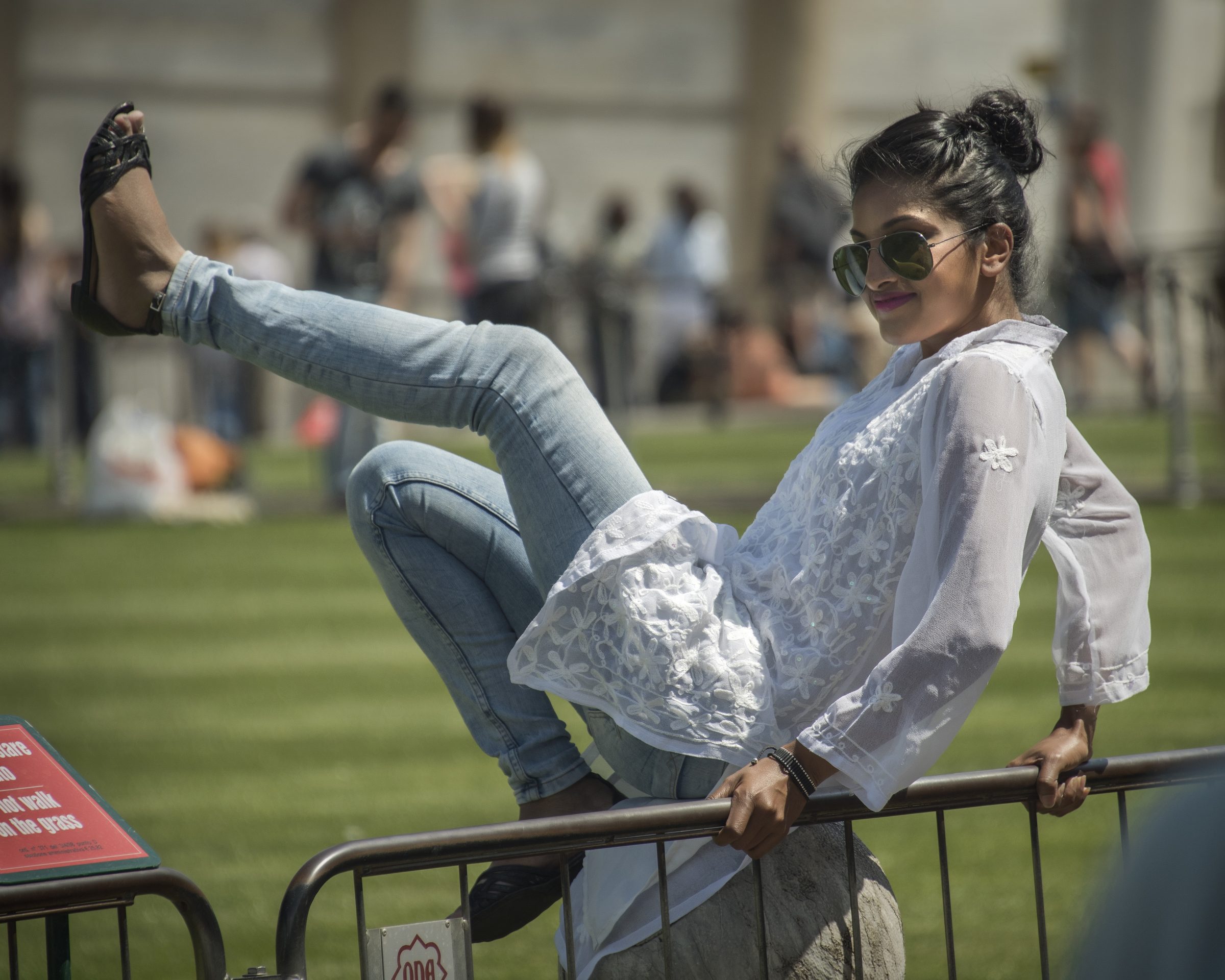 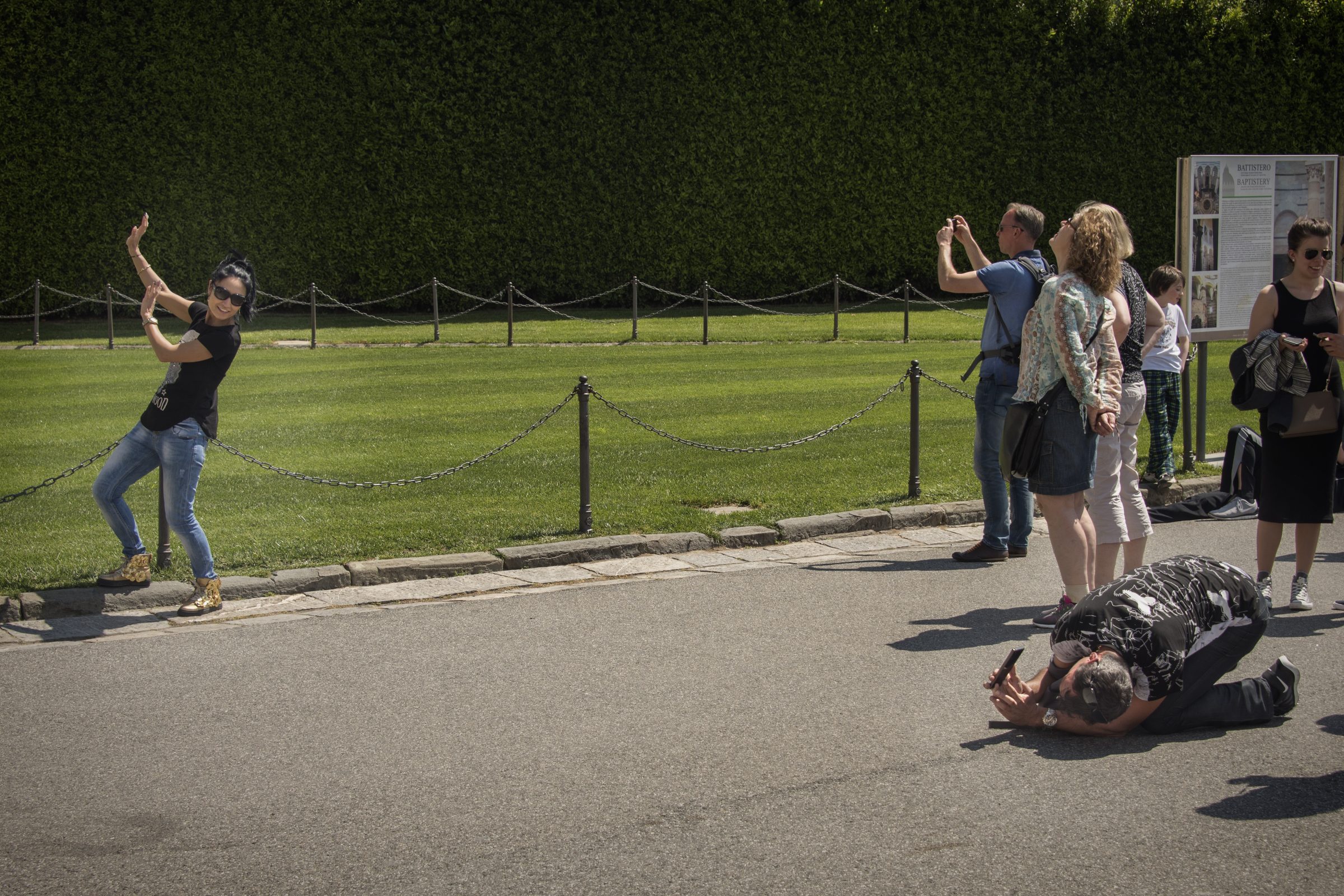 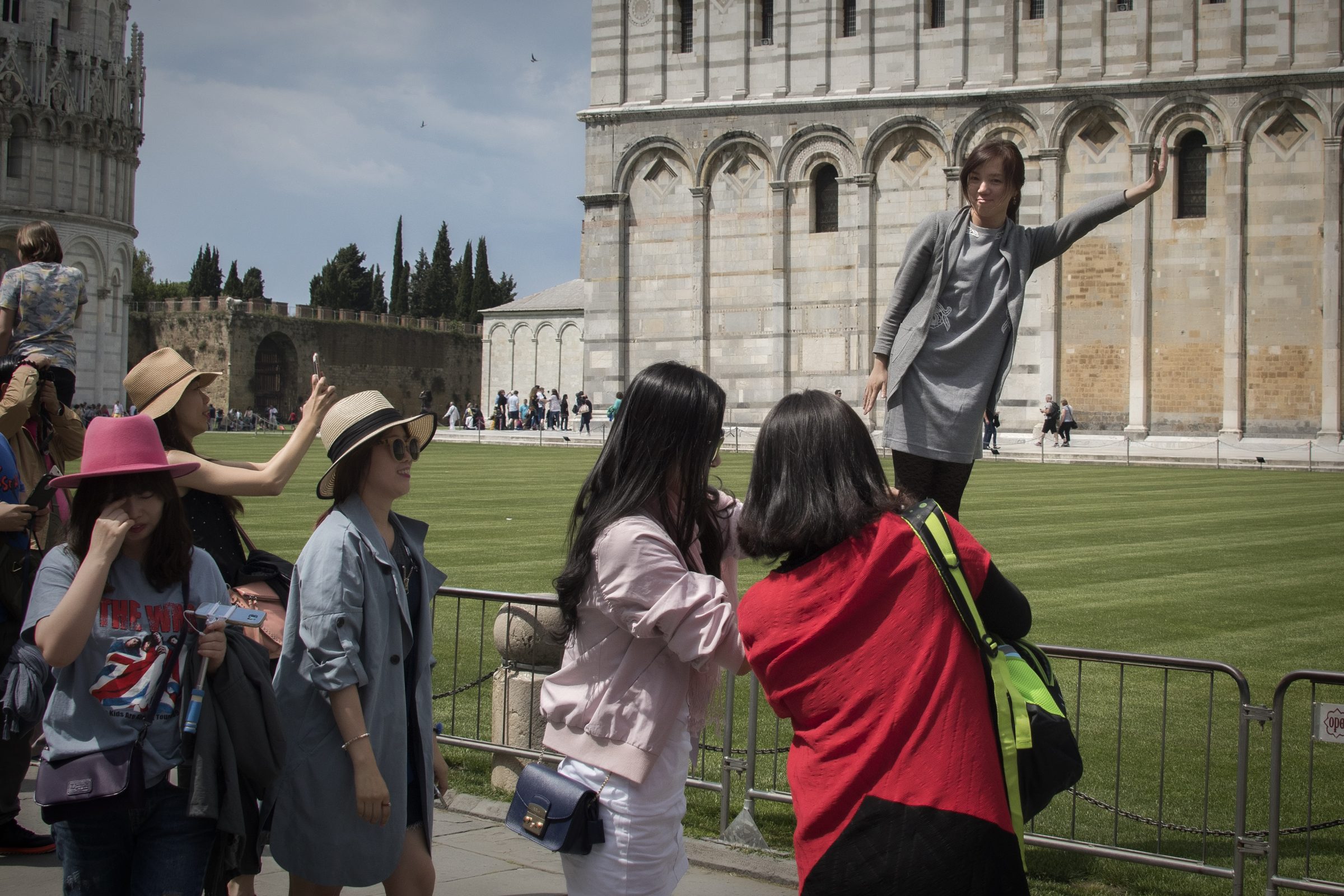 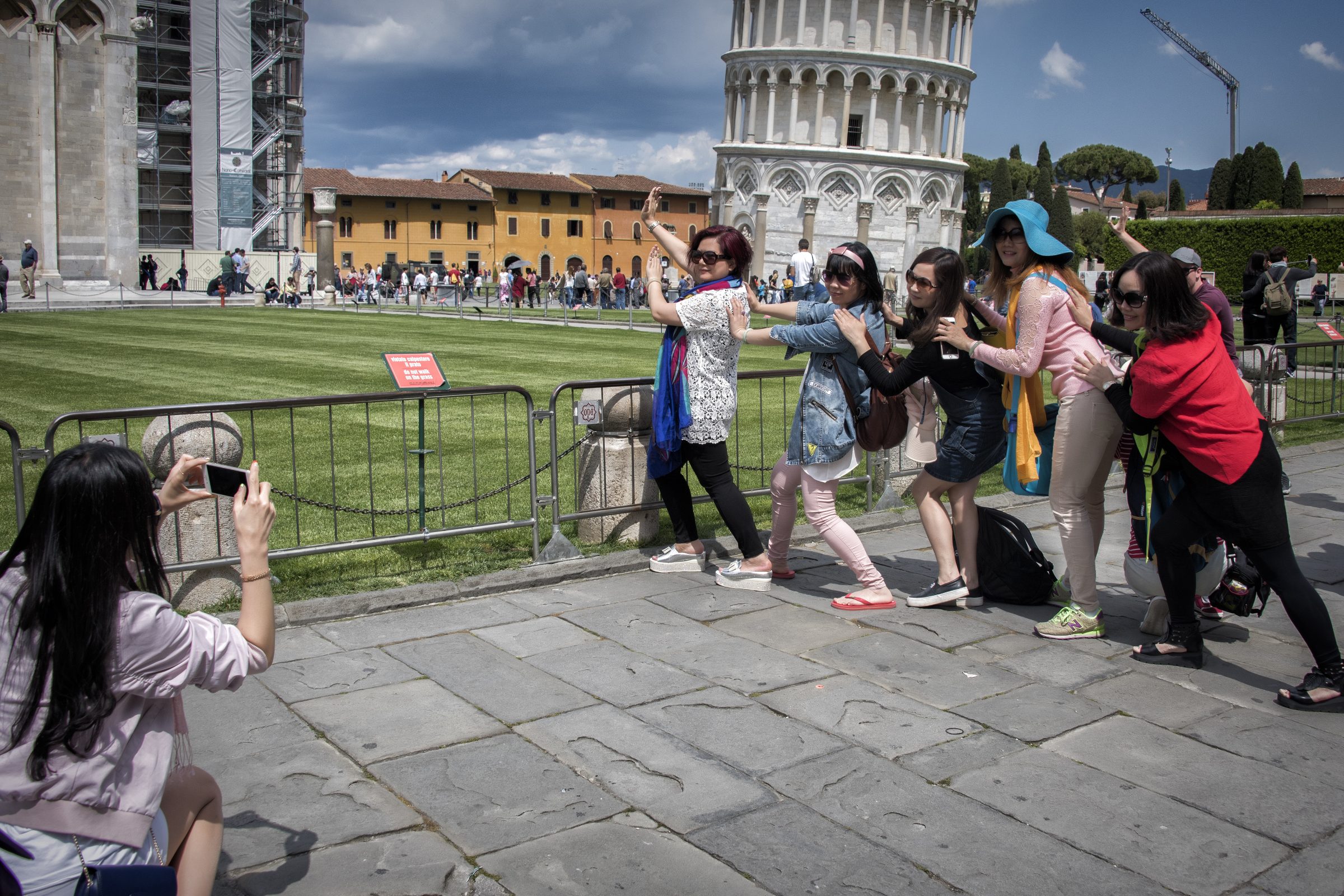 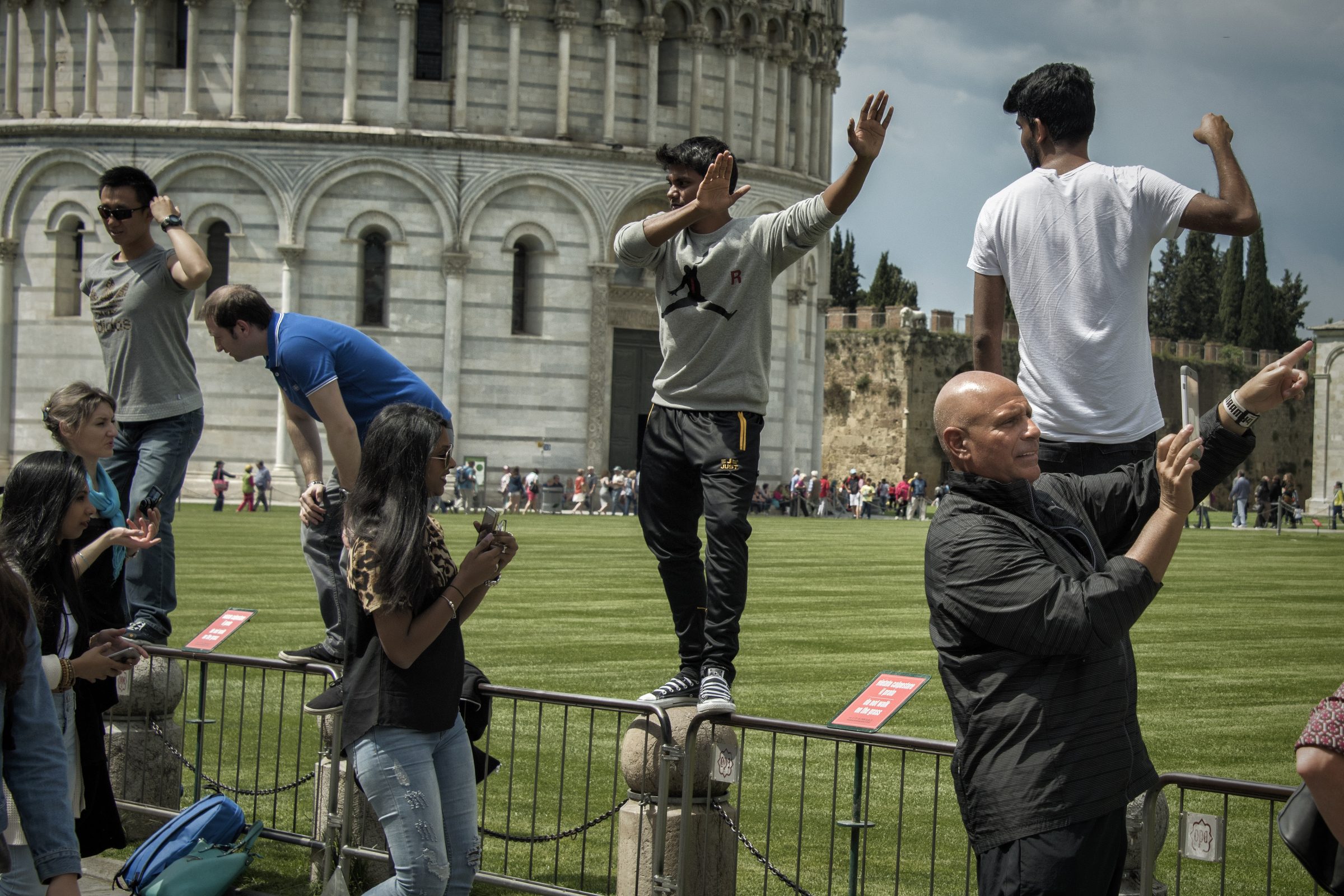 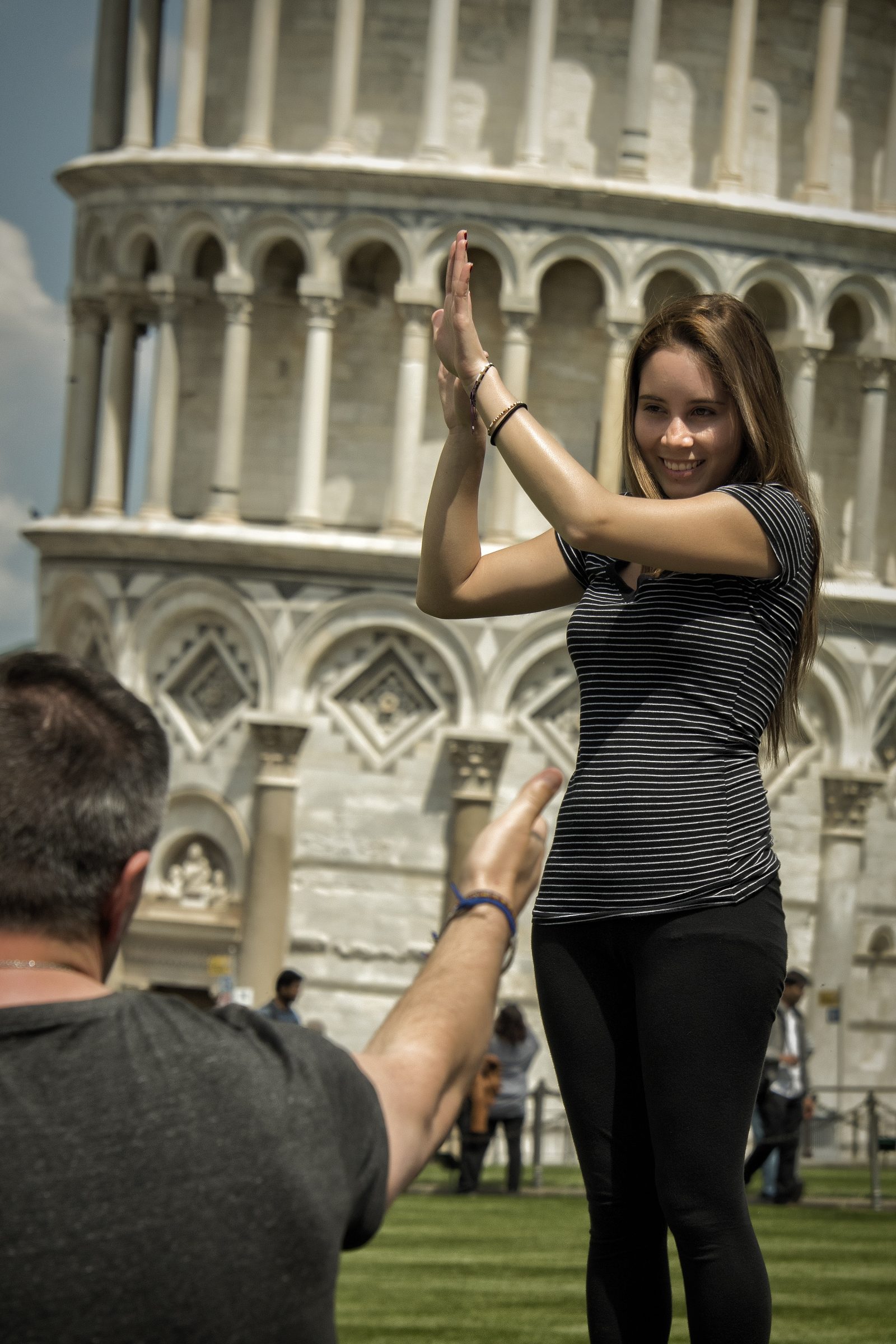 And one gentle woman more interested in the local avian visitors than the splendor surrounding her. 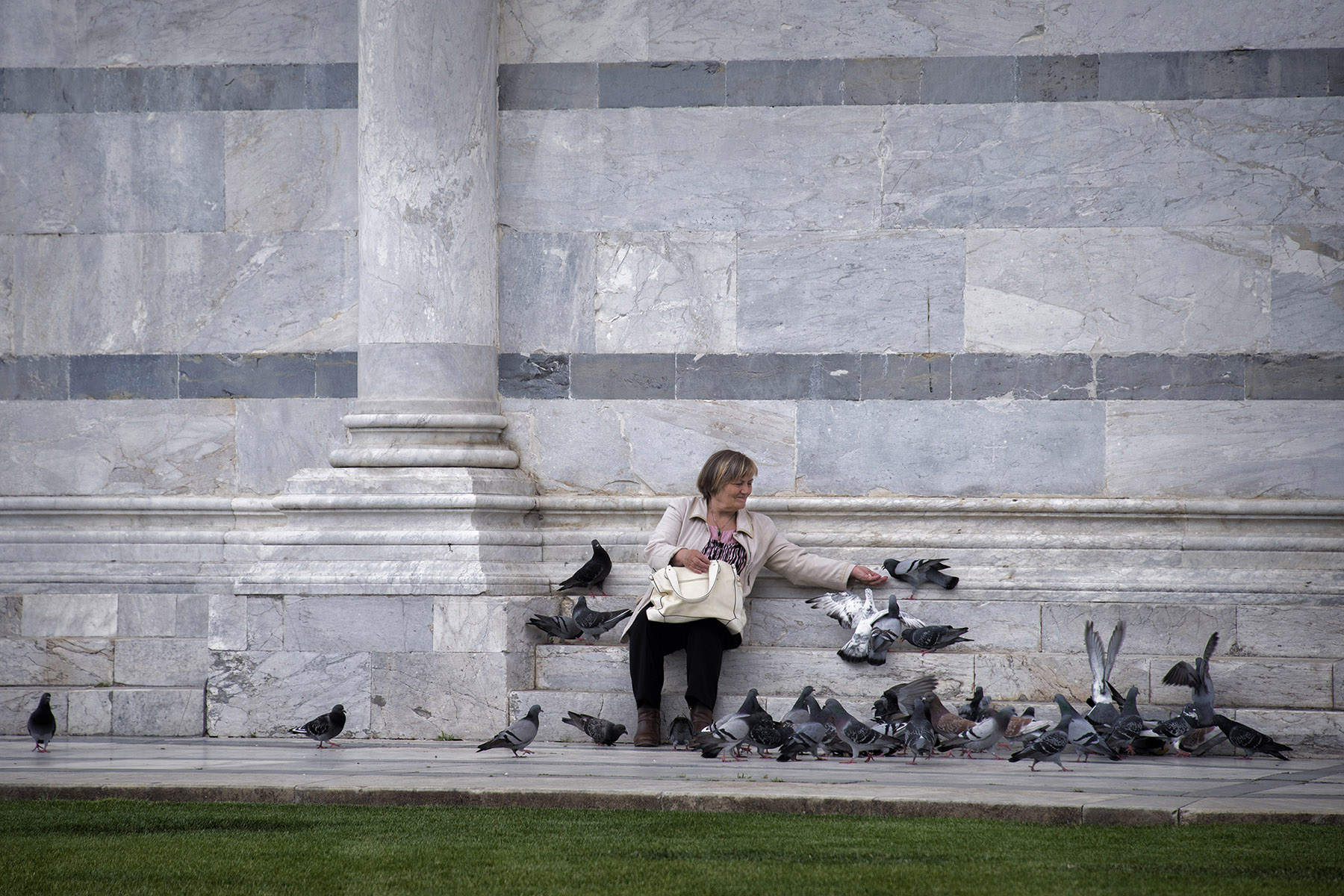