Of course, piazza San Marco is the centerpiece of Venice and the largest. But we were charmed to stumble across so many other ‘neighborhood’ campis while exploring the many passageways throughout Venice. 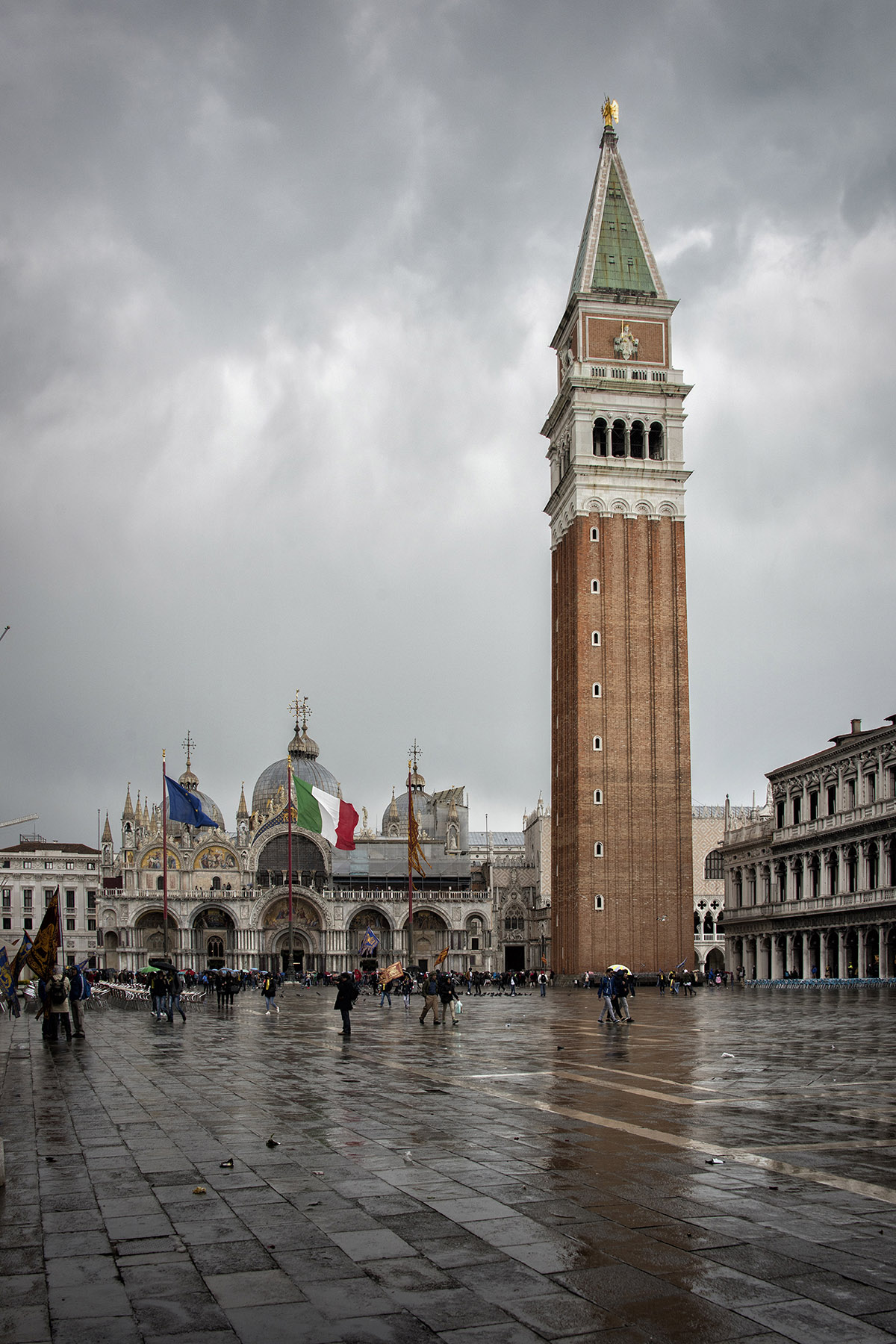 Piazza di San Marco with the Campanile and the Basilica di San Marco after a short cloudburst, which fortunately cleared most the tourists off the piazza. 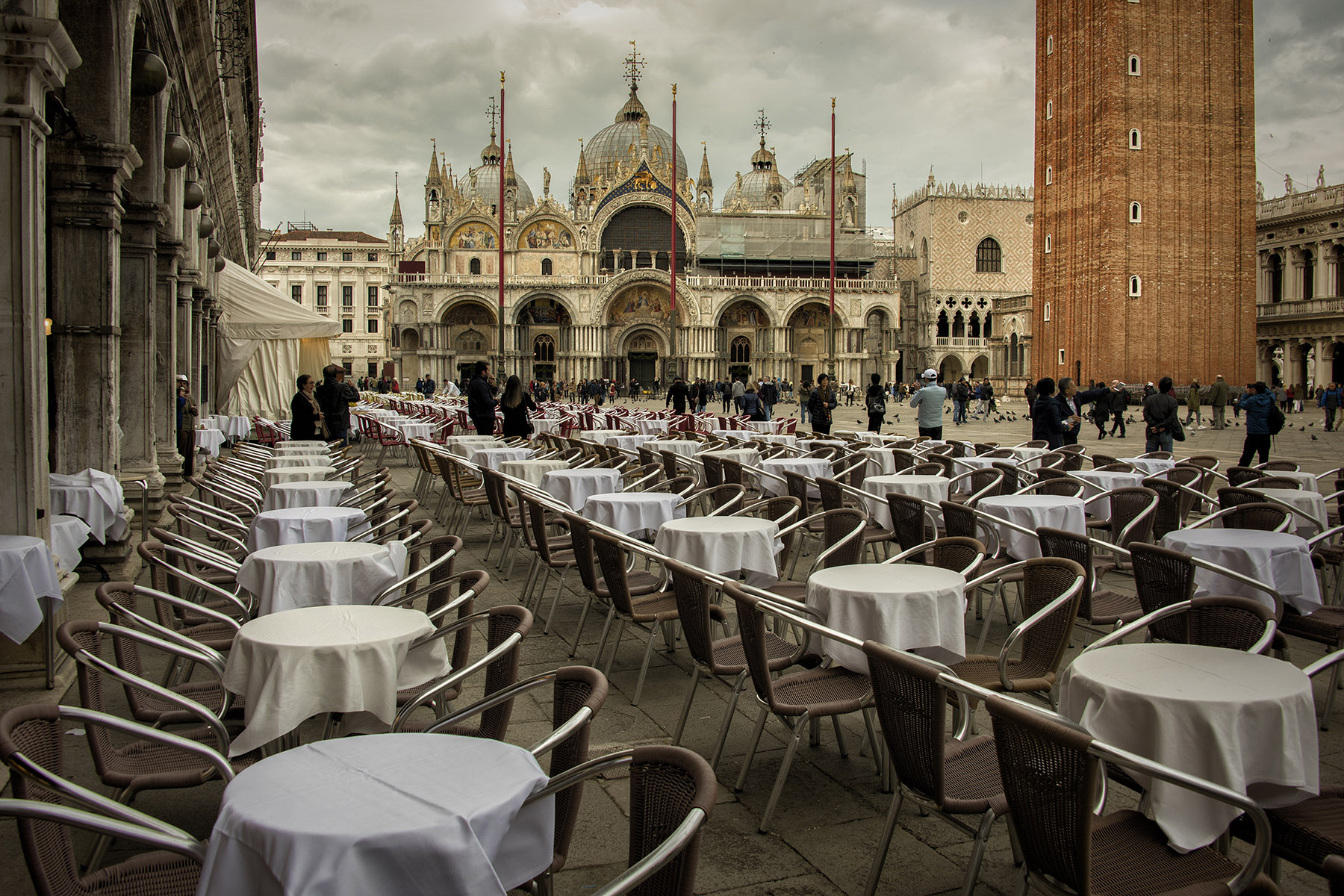 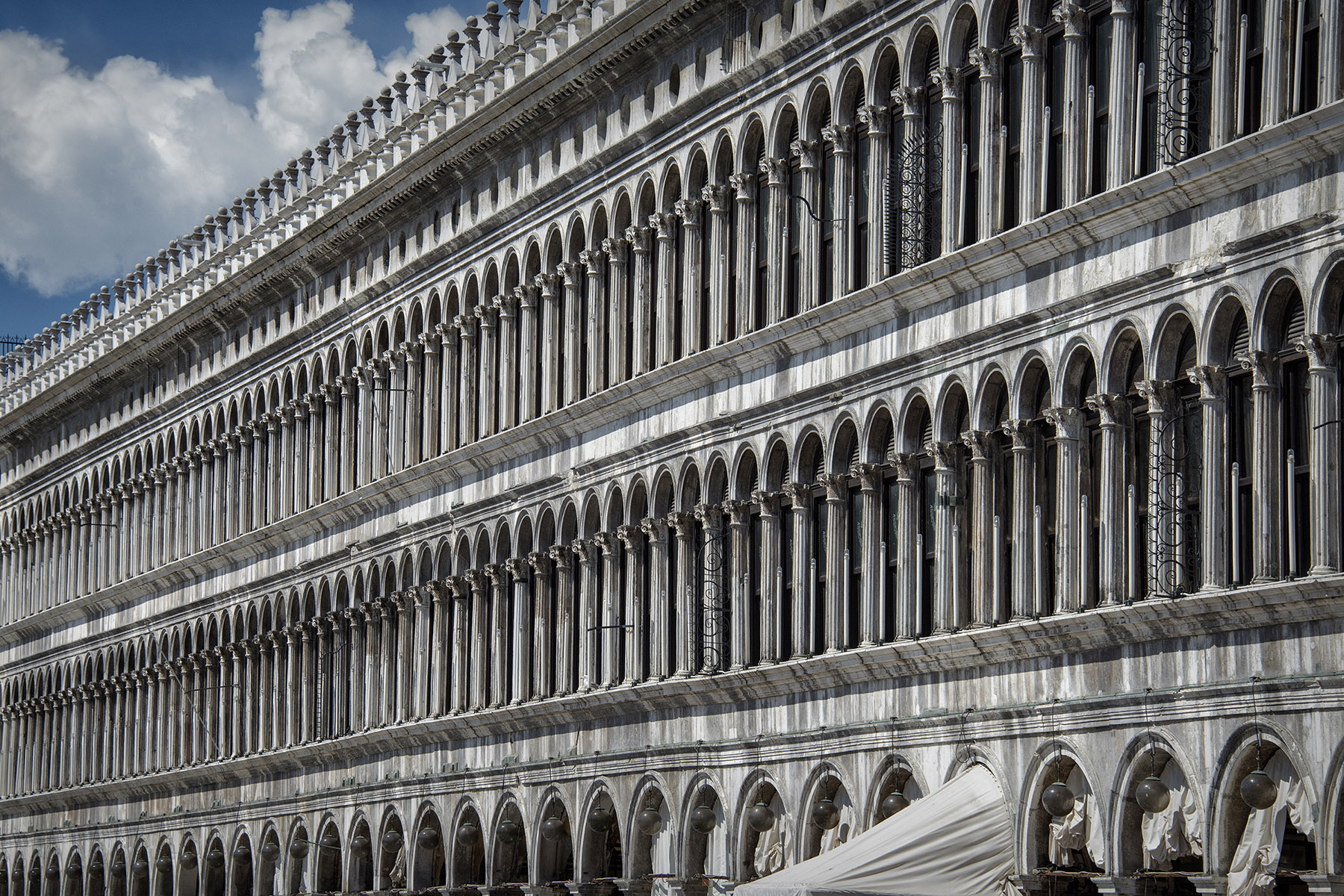 The upper floor columns of the Procuratie Vecchie on the Piazza di San Marco, home today to shops and restaurants. 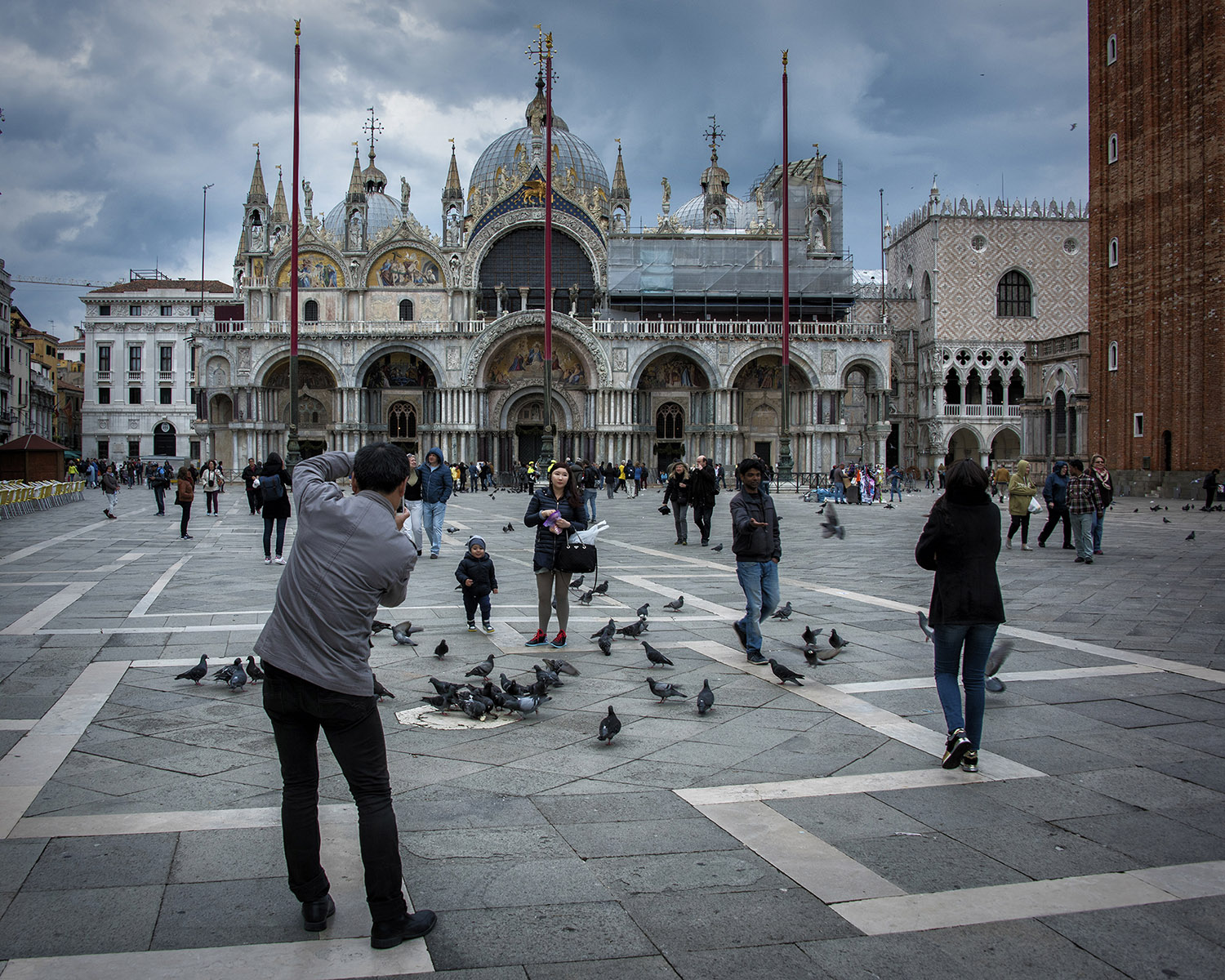 Pigeons rule the piazza and captivate the tourists. 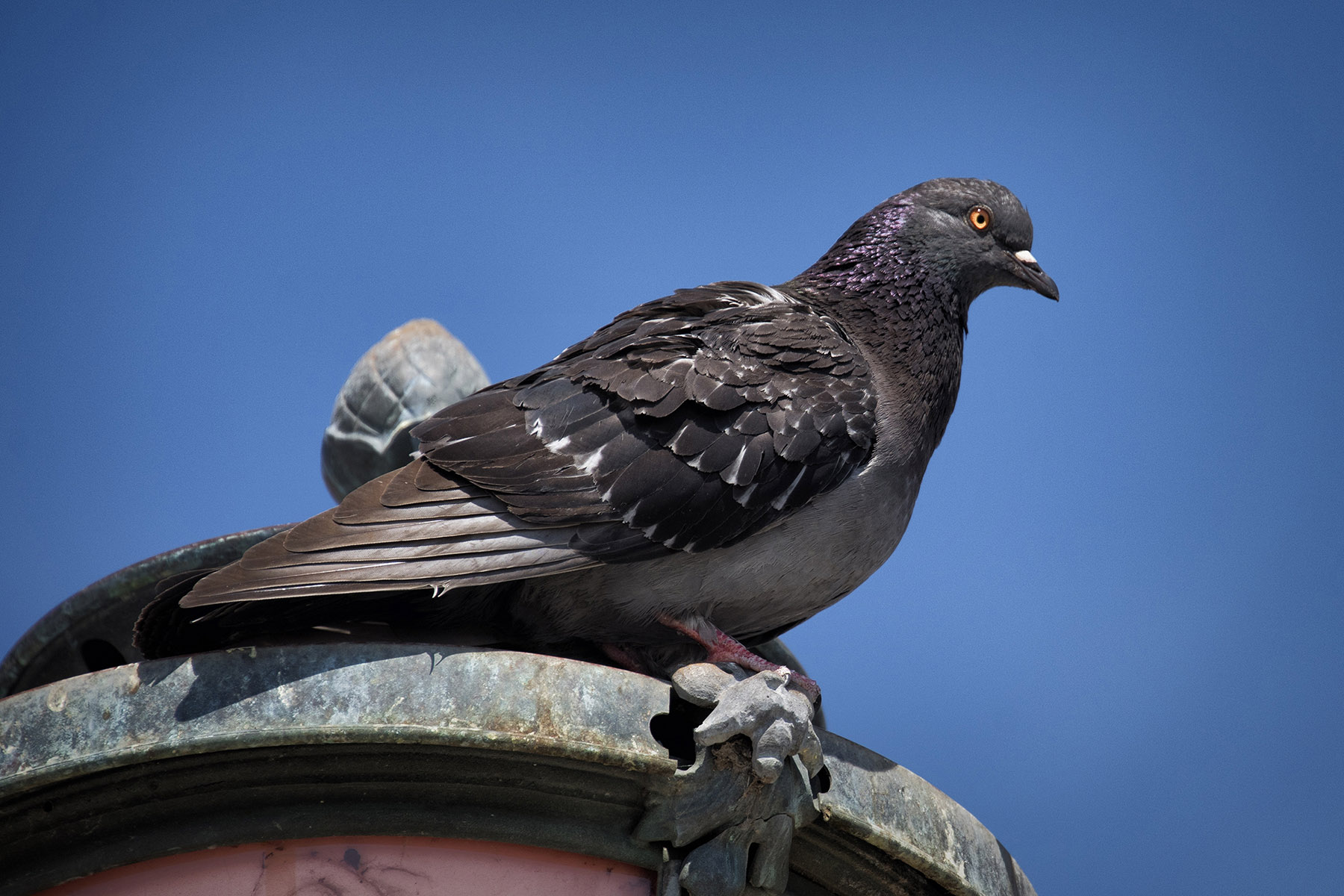 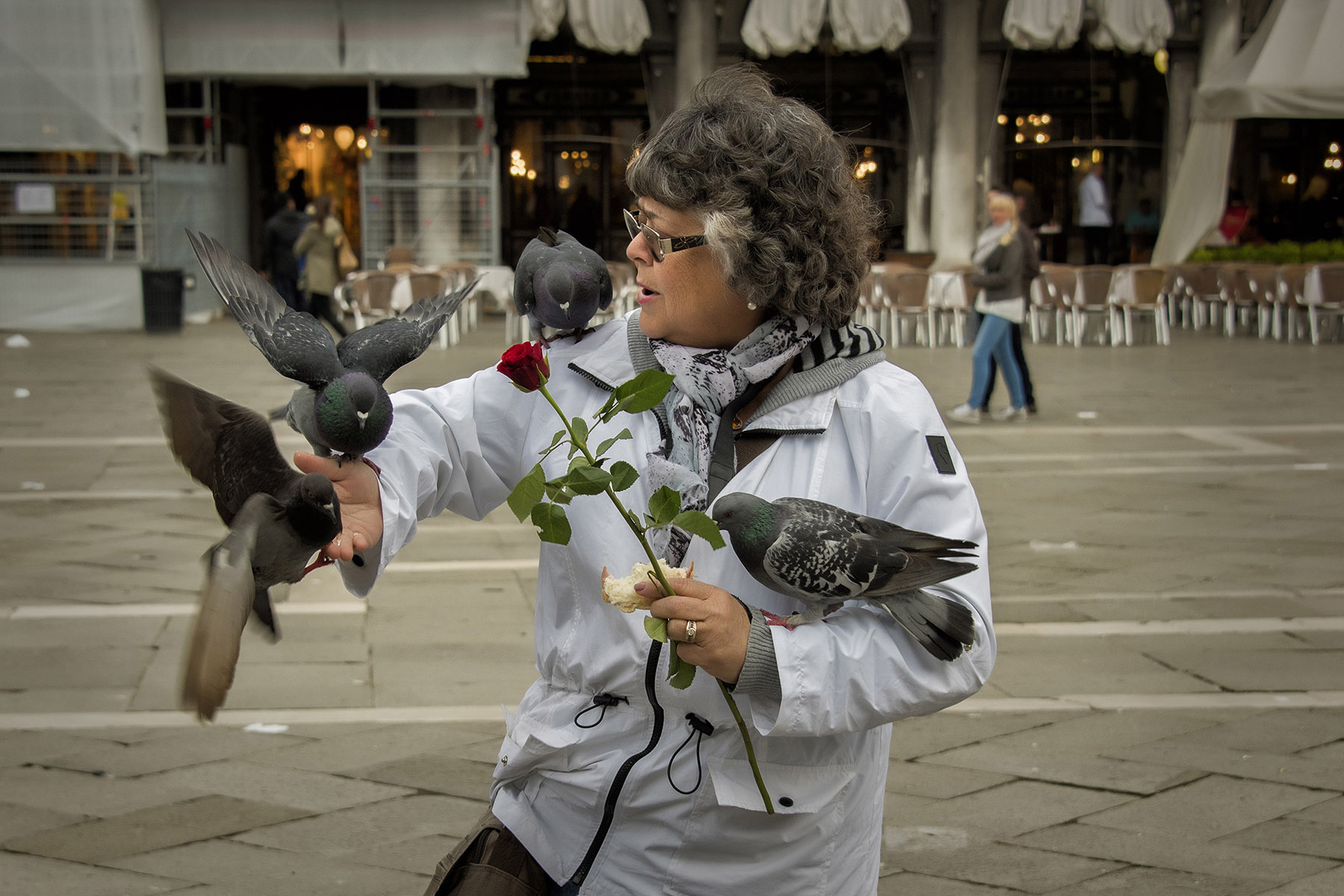 Although there are scammers wandering around – they’ll throw a handful of rice in someone’s hair (in this case, Grima) and once the pigeons descend demand five Euros for the rice. Yeah, we charged him back ten Euros for messing up her hair!

Defenders of the Repubblica Veneta, who voted to break away from the rest of Italy in 2014. Italy rejected the vote as unofficial, but there are strong feelings throughout the city to be able to control their own fate (and stop sending funds to the South to be ‘squandered’). 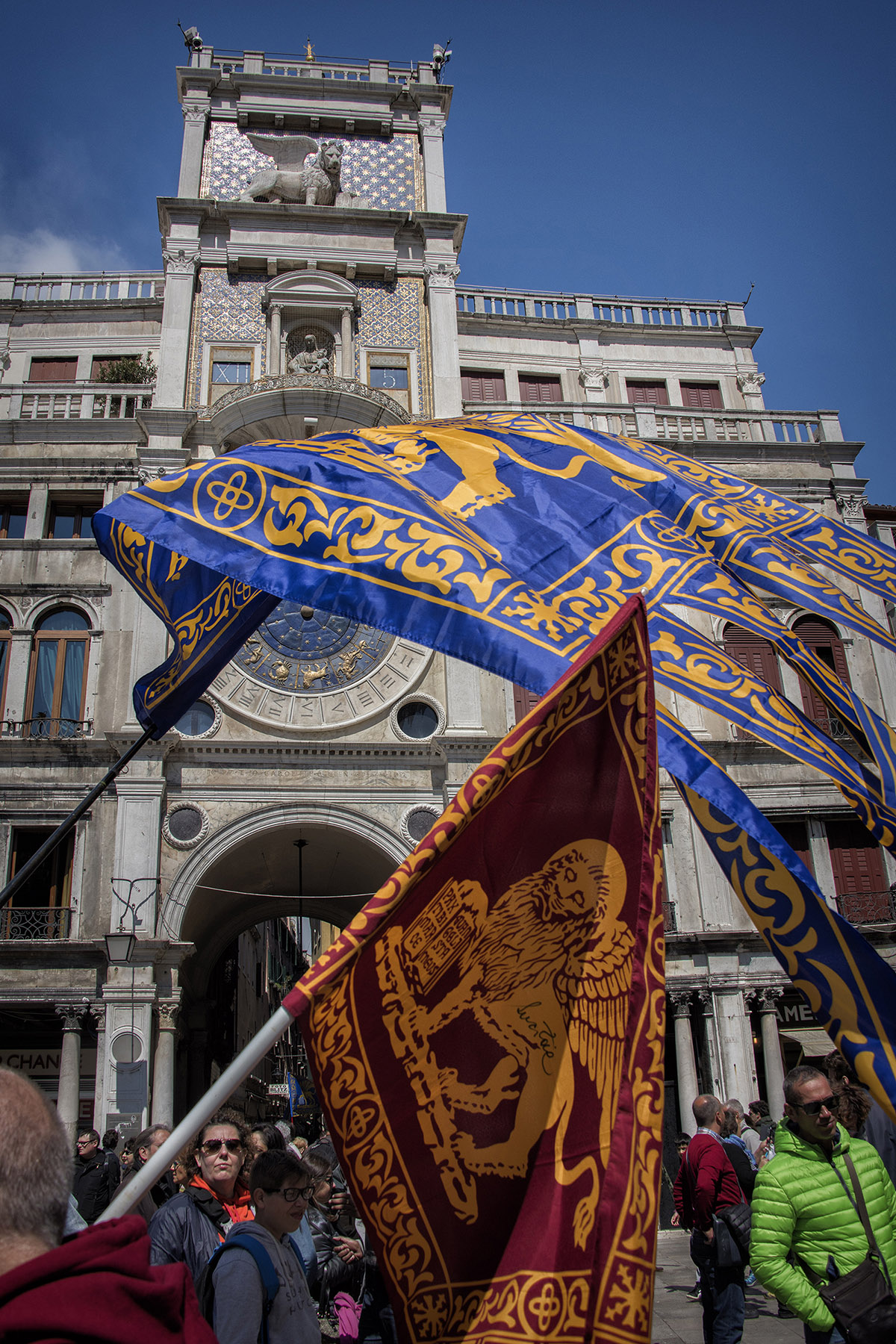 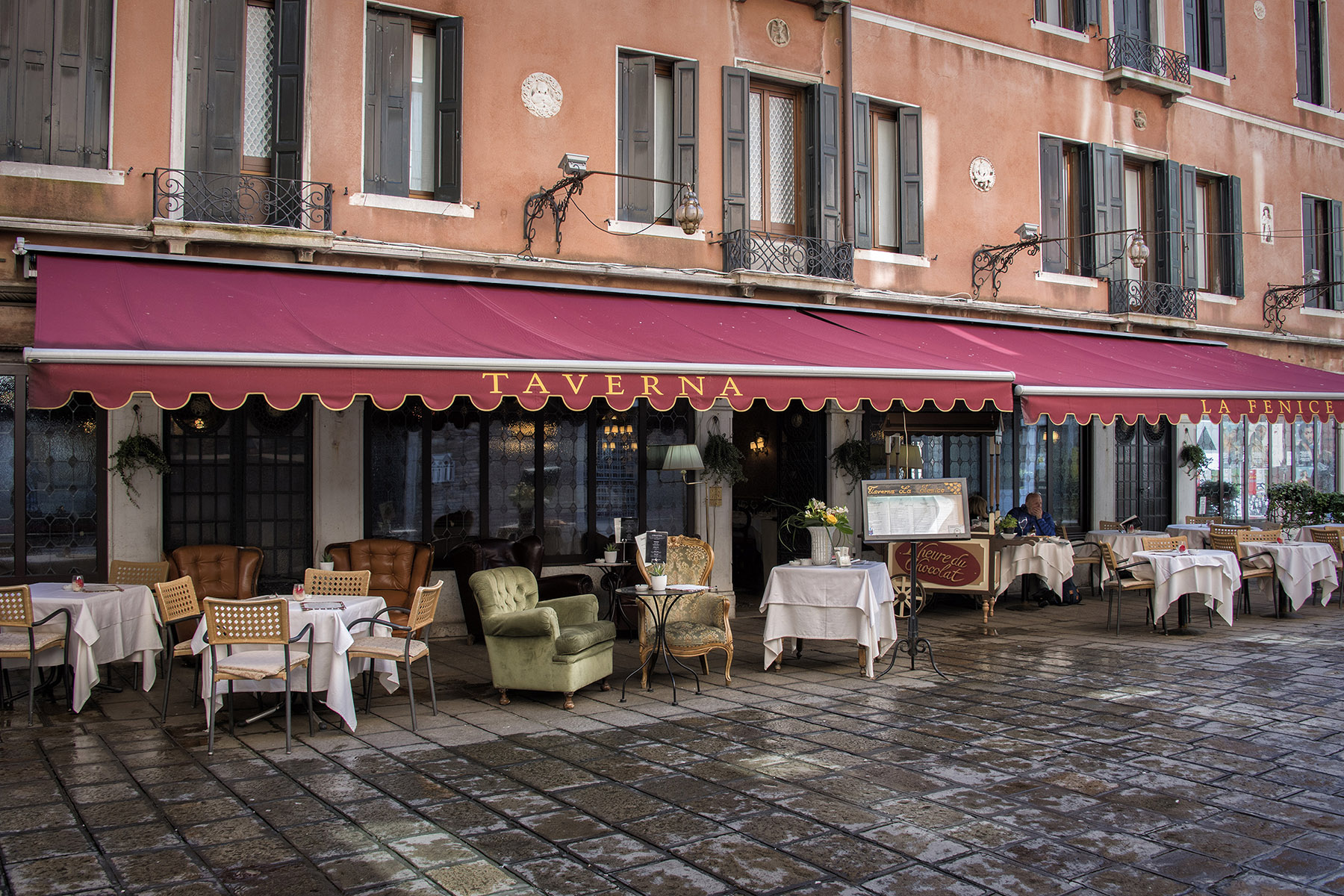 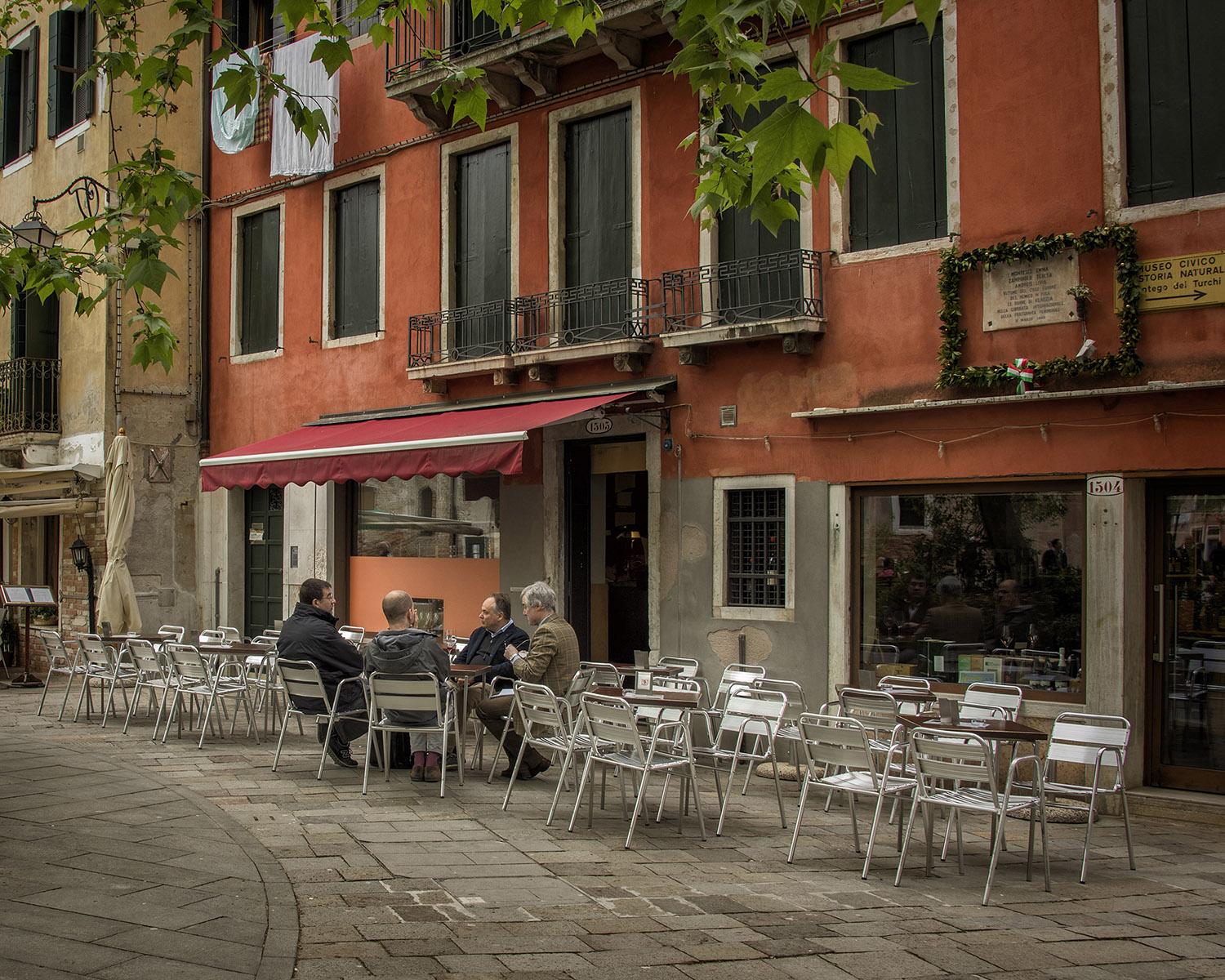 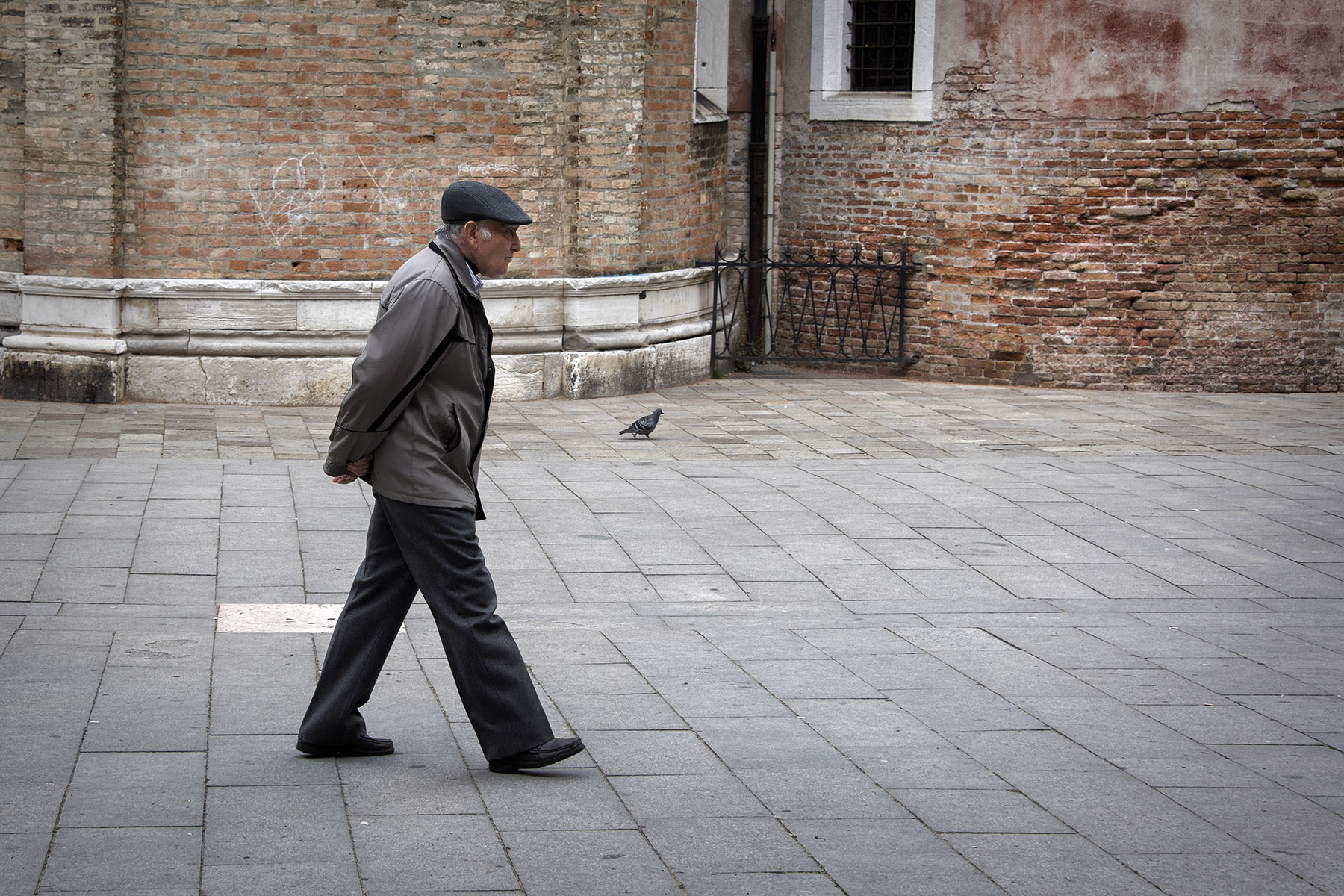 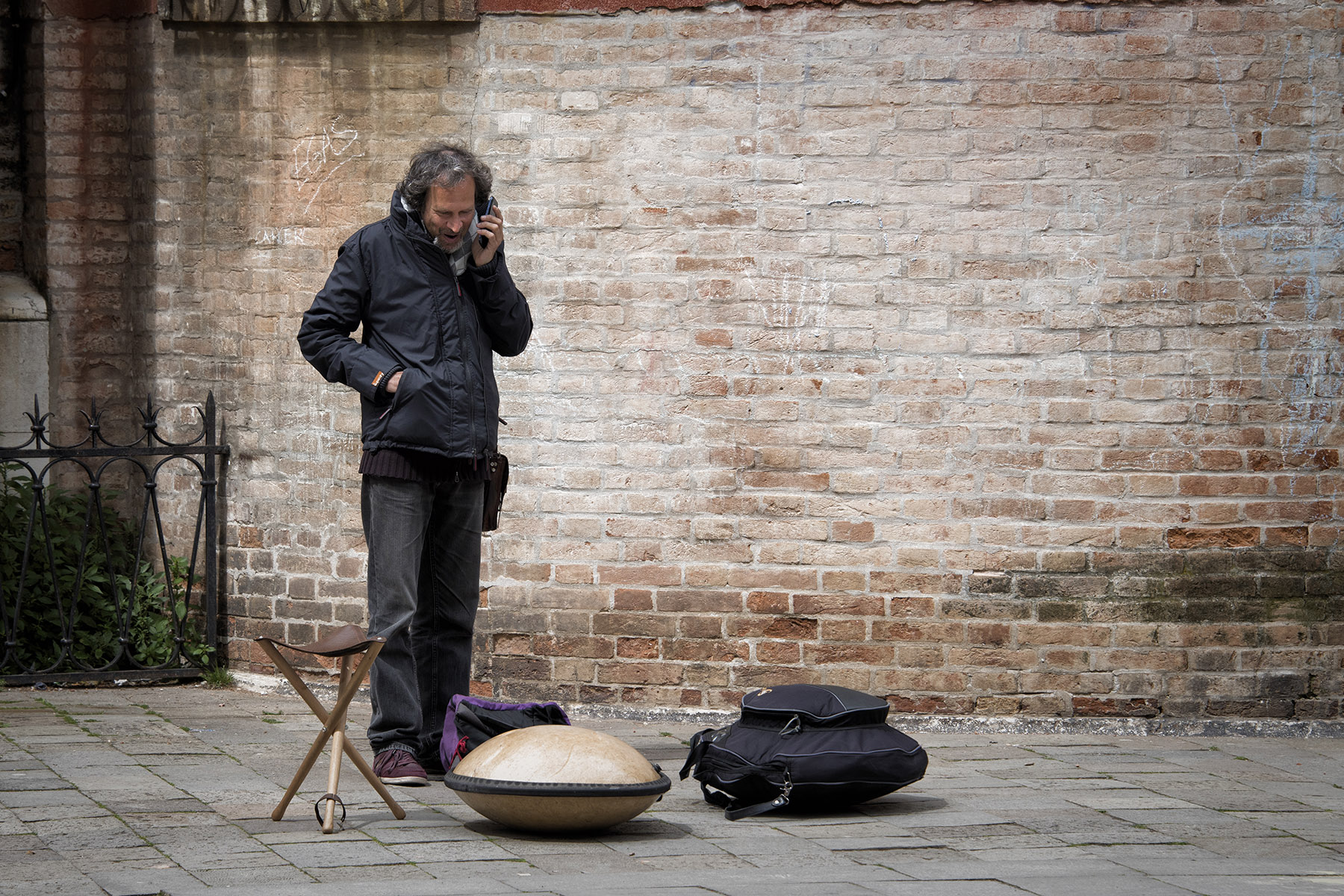 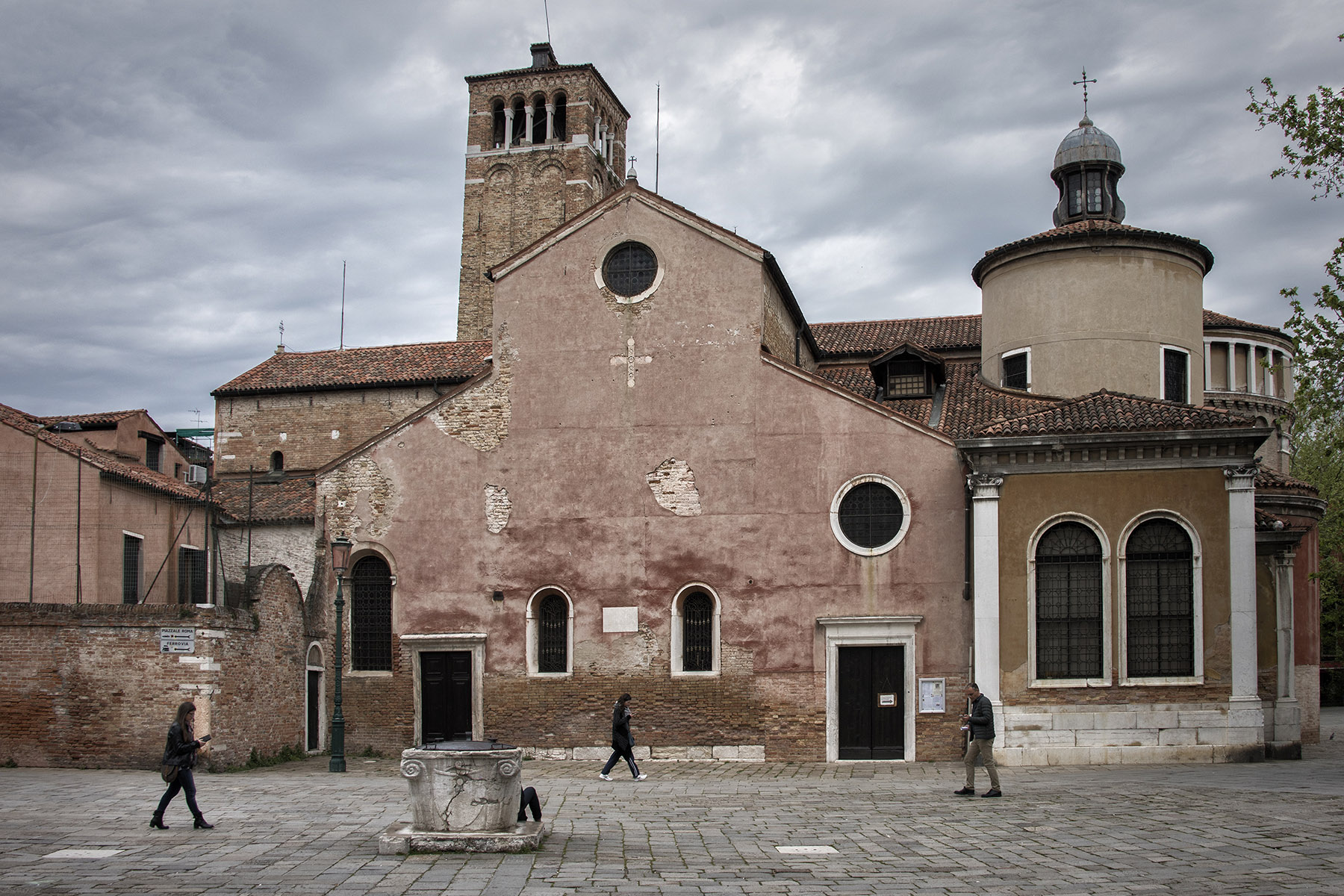 Everyone’s buried in their cell phone – oblivious of the incredible surroundings they pass through. Either that, or they’re all lost and trying to find their way with Google maps. 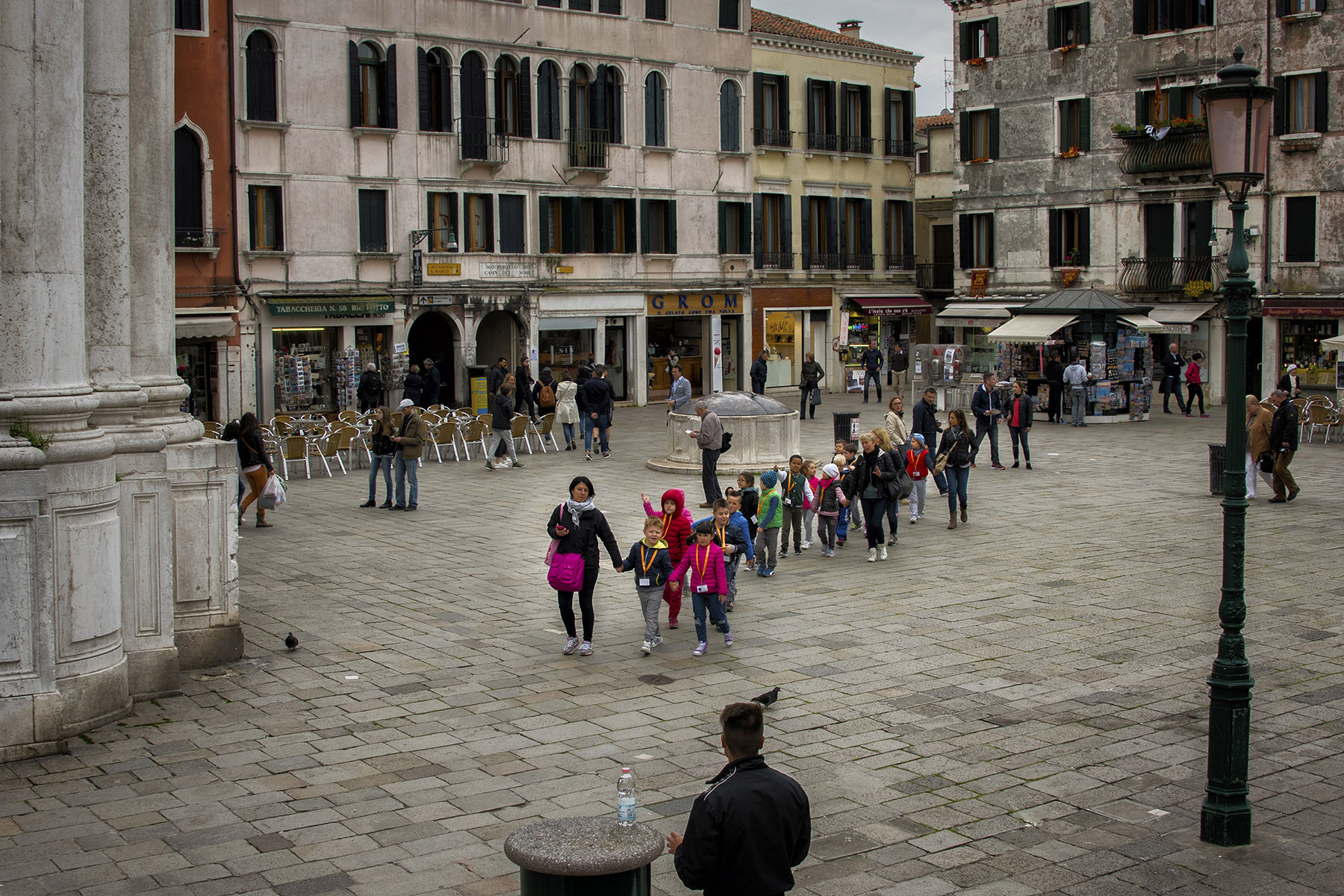 And end the day at Campo San Barnaba. We must have passed a dozen student groups touring the city.