Back to New Orleans

After Abita Springs, came back to New Orleans and this time stayed at Pontchartrain Landing, a nice RV park on the banks of Lake Pontchartrain. Grima found a little alligator friend roaming the shoreline while there. The weather was a little more cooperative (note the word ‘little’), so we had more time to see a bit more of the city. To tell the truth, we weren’t as impressed with the town as we thought we’d be. Perhaps it was the weather, perhaps because we had mostly seen it via Mardi gras scenes we had seen in films, etc. Perhaps the humidity – takes a little getting used to, even though still not in the heat of summer. But we did manage to enjoy it, although of the three weeks there we really only had about three days out and about. Next time we hope for better weather and more time to get to know the locals. 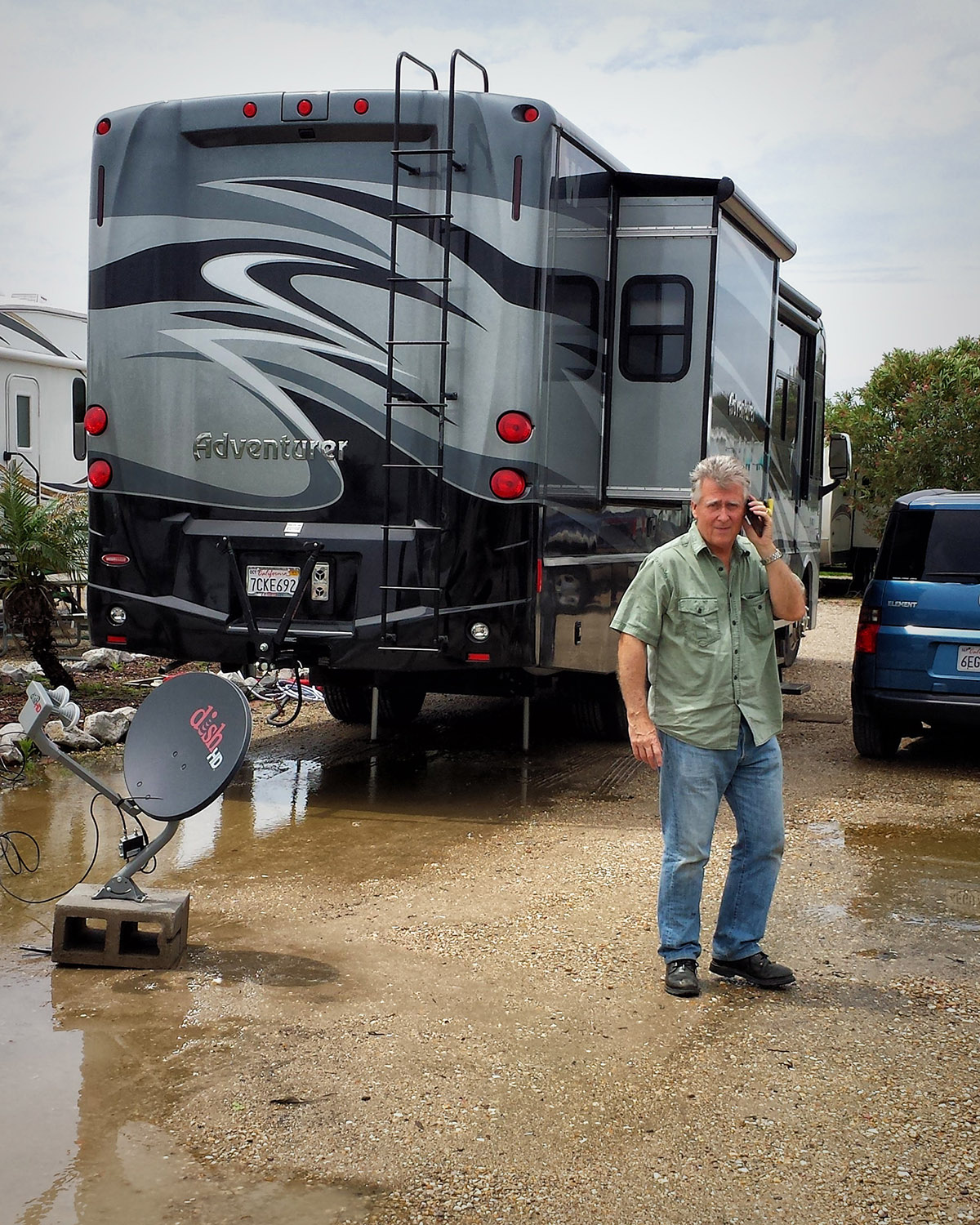 One of the days at Pontchartrain Landing we had a cloudburst hit that felt the edges of a hurricane – trees bending sideways, rain so hard it splashed back up a foot or two. Lasted about an hour, and luckily we had shelter at the park store and marina. Was very interesting to observe. You might wonder why I’m on the phone. Talking to a mobile RV repairman to see if he could come and check out our living room slide, which wasn’t working. Turned out the circuit board was fried due to a wire that had been rubbing against metal and short-circuited. Didn’t have time to order in a new board so we lived with the slide in for the next 6 weeks until we could get it replaced in Charleston, SC. Fun!! 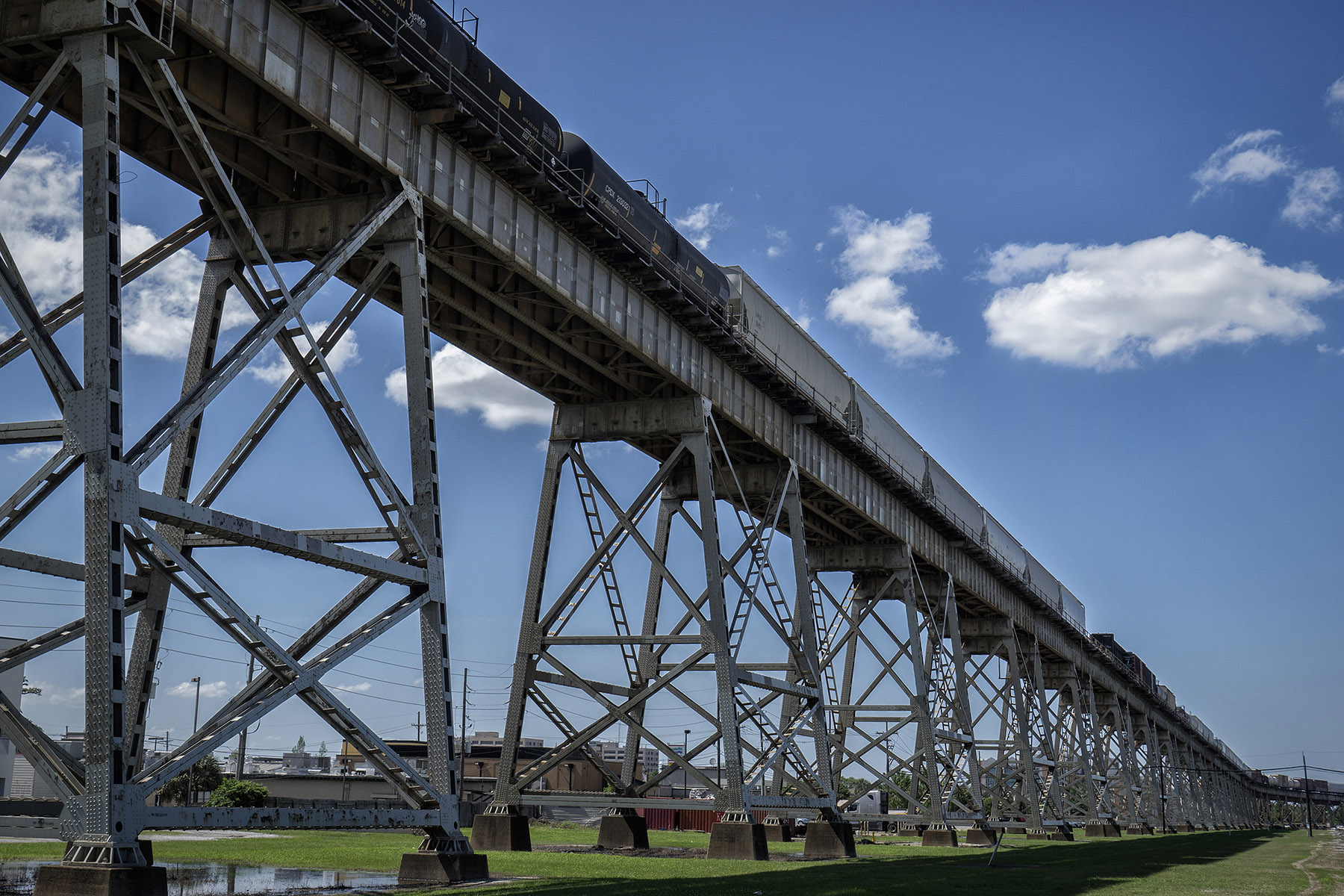 So there were a couple sunny days. Needed to go to the local Best Buy to check out some speakers for my computer. Driving the Jefferson Hwy and then up S. Clearview Parkway saw the neatest and biggest overhead train trestle. Had to check it out and take some pixs. 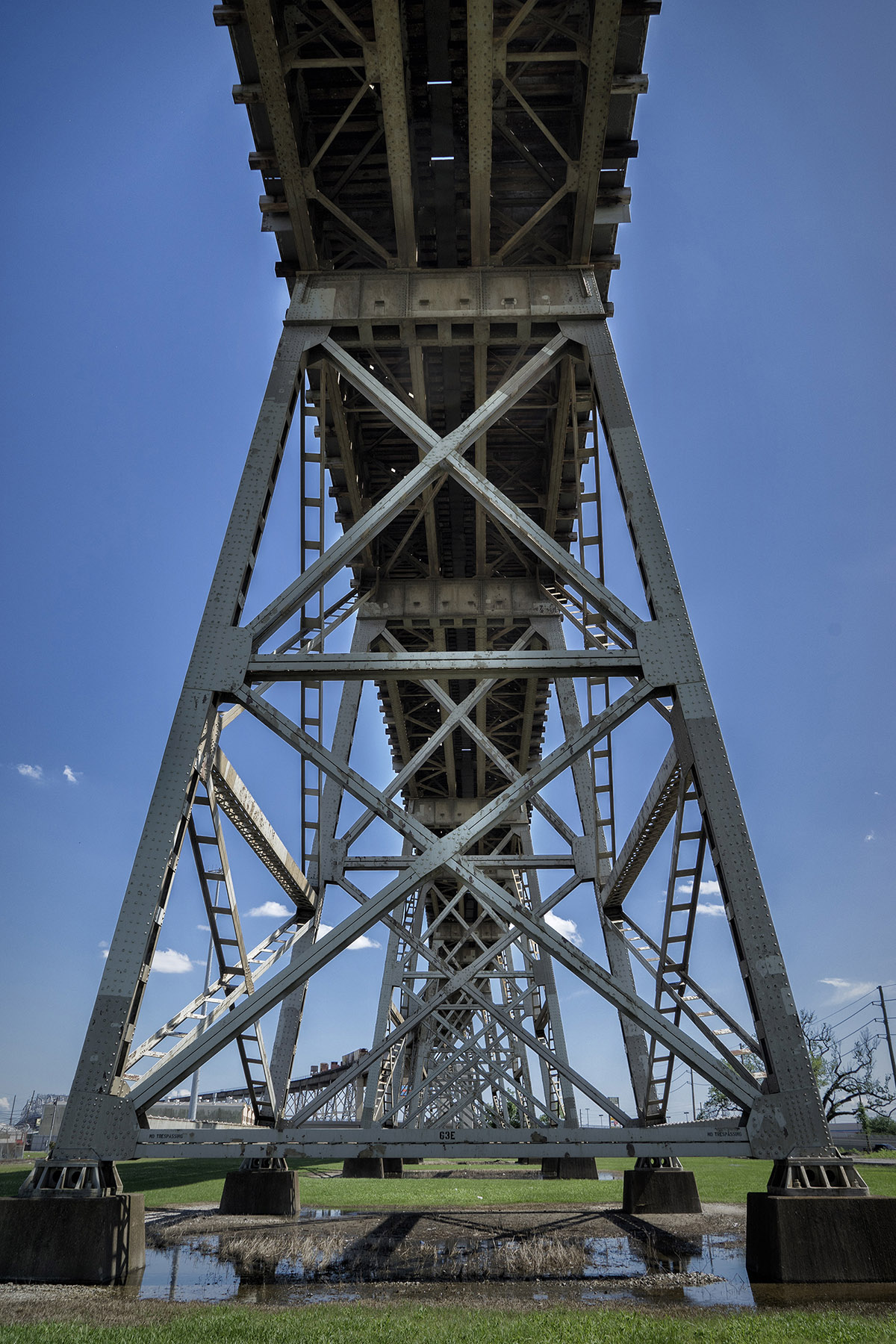 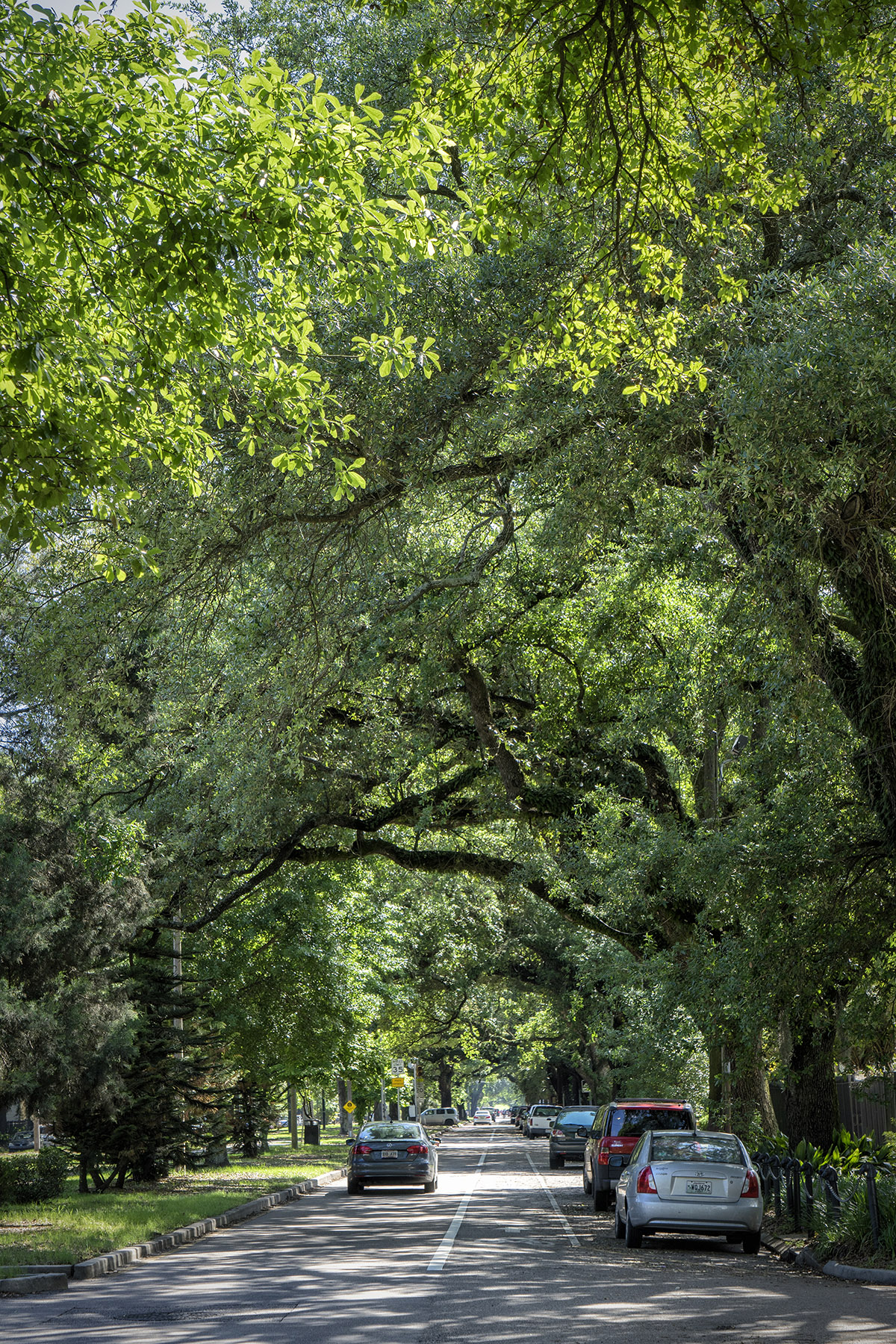 Later in the day took a drive down the tree-lined S. Carrollton Avenue towards the university district and Audubon Park and along. Felt the educational vibe. 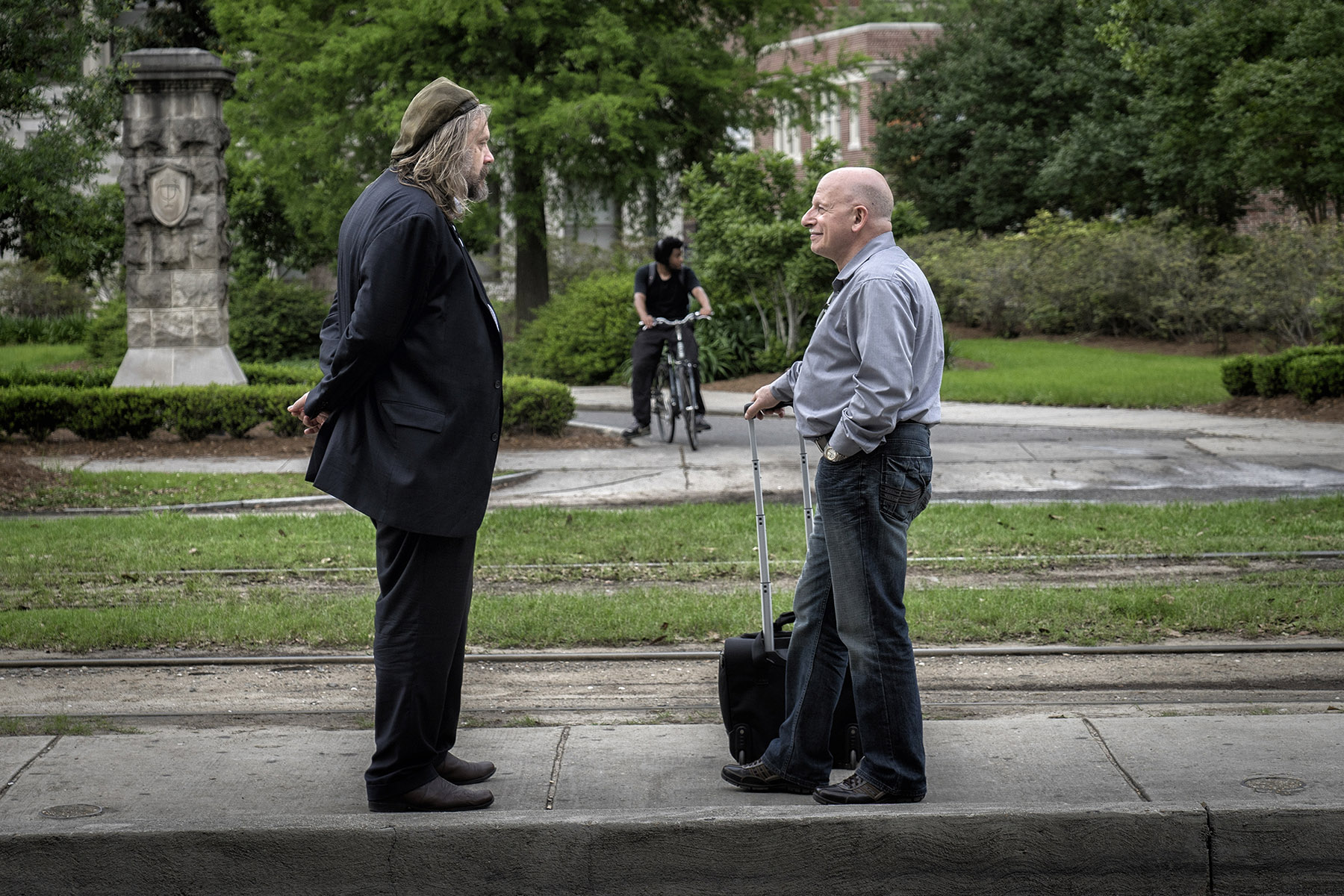 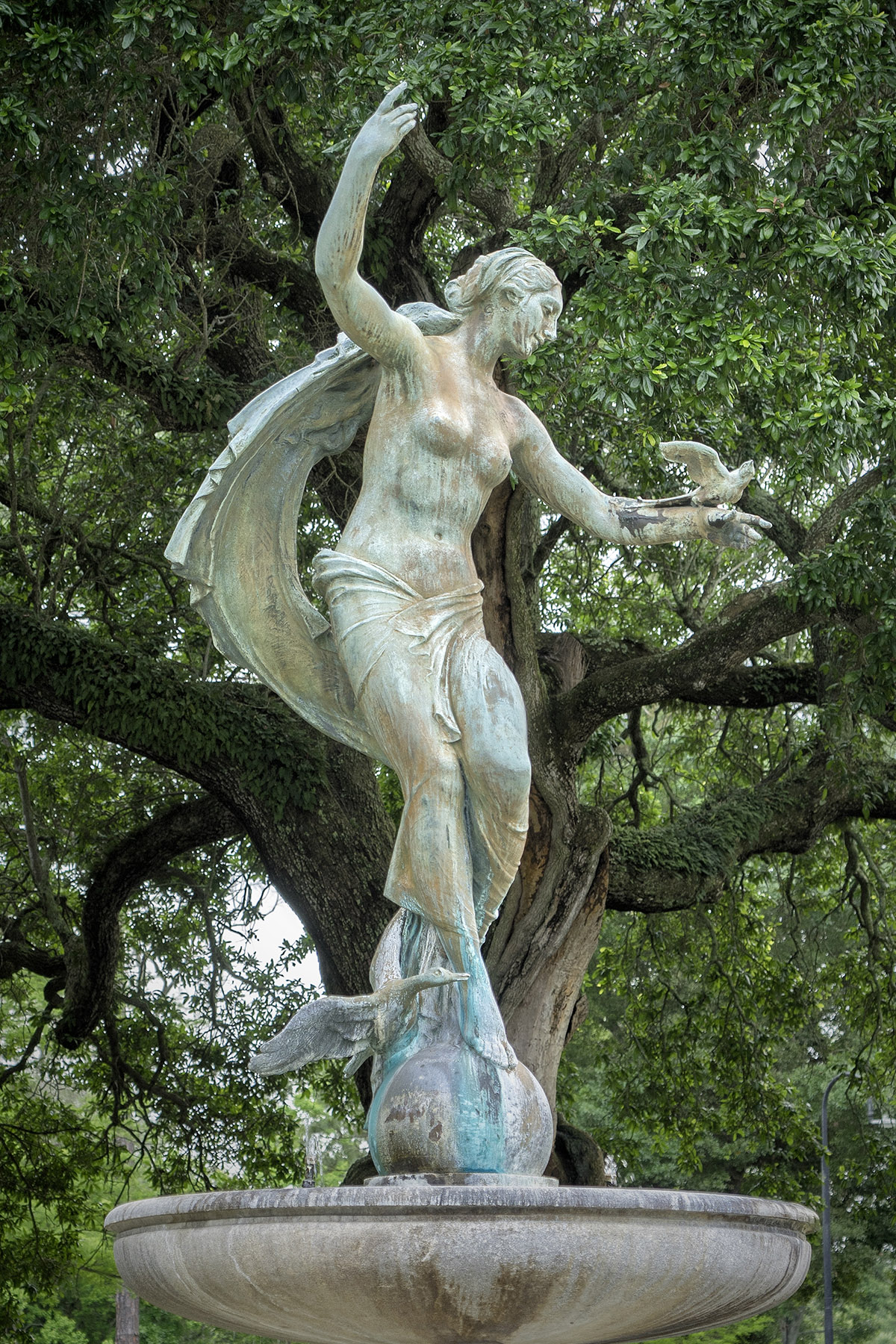 Took a little walk in the park – a rather large park, so we just touched one end. Wonderful statues and a little golf course. 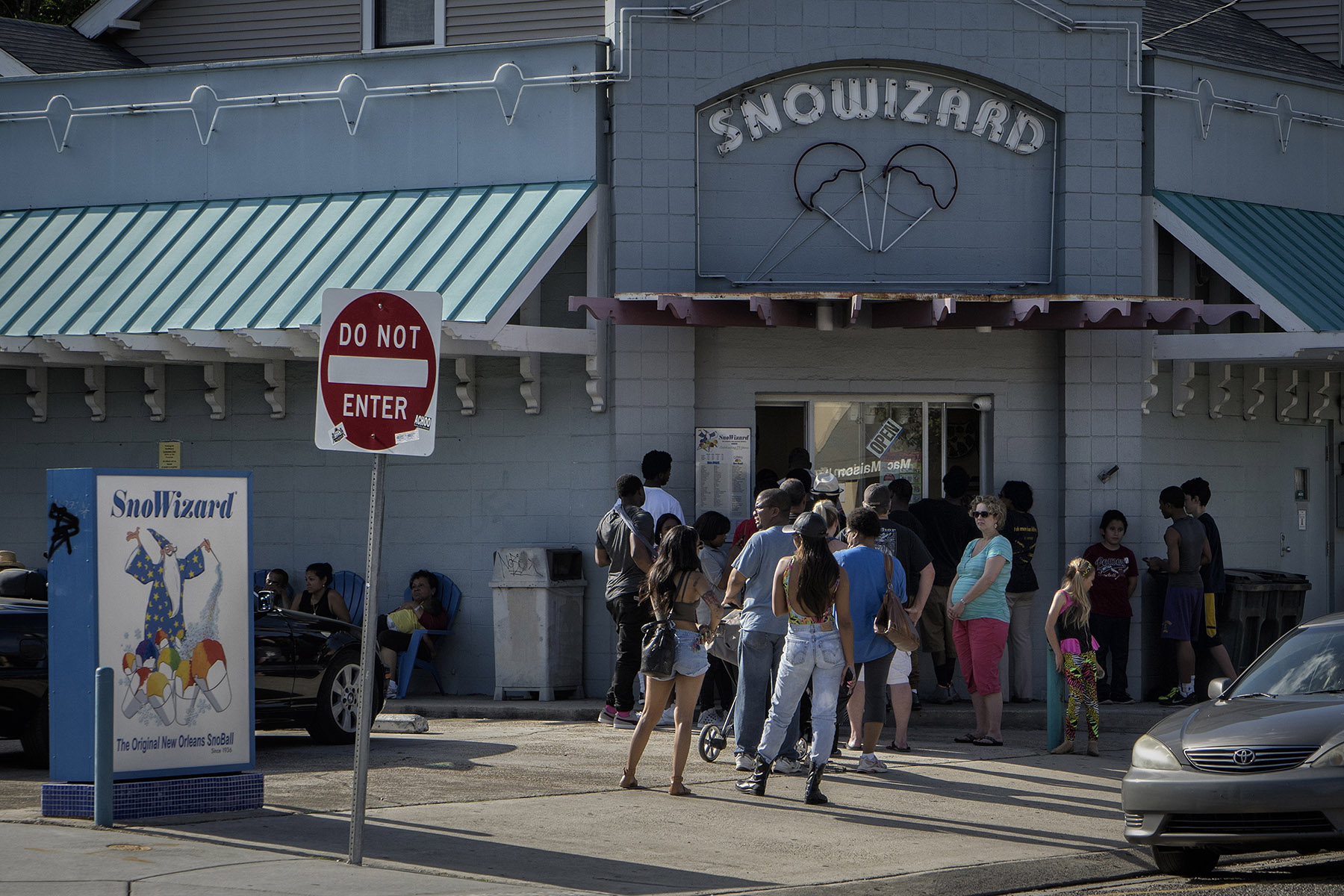 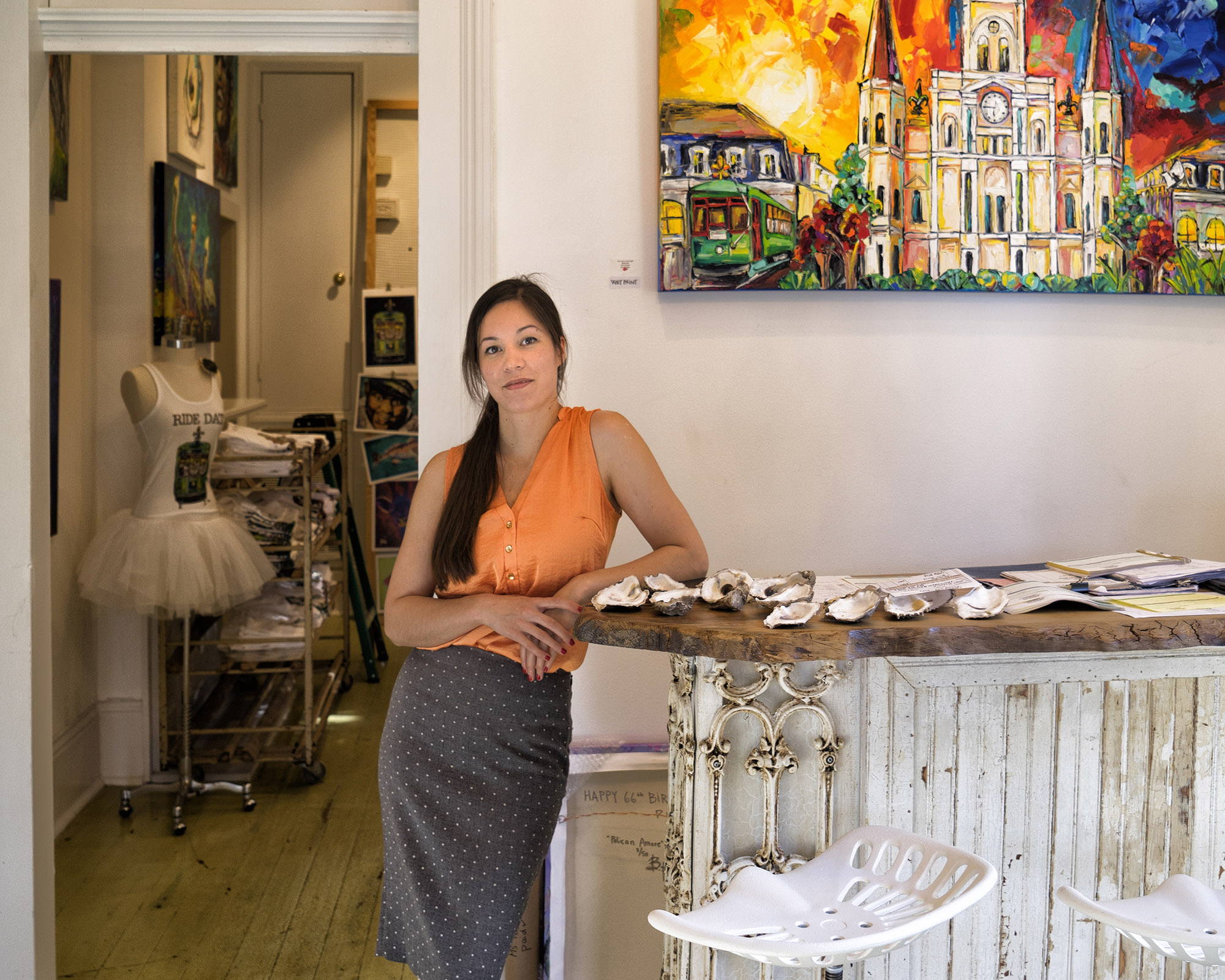 Browsed some of the local galleries, such as the Felize Hahn Gallery. Unfortunately, ran short of time and will need to go back to check out the entire art scene. 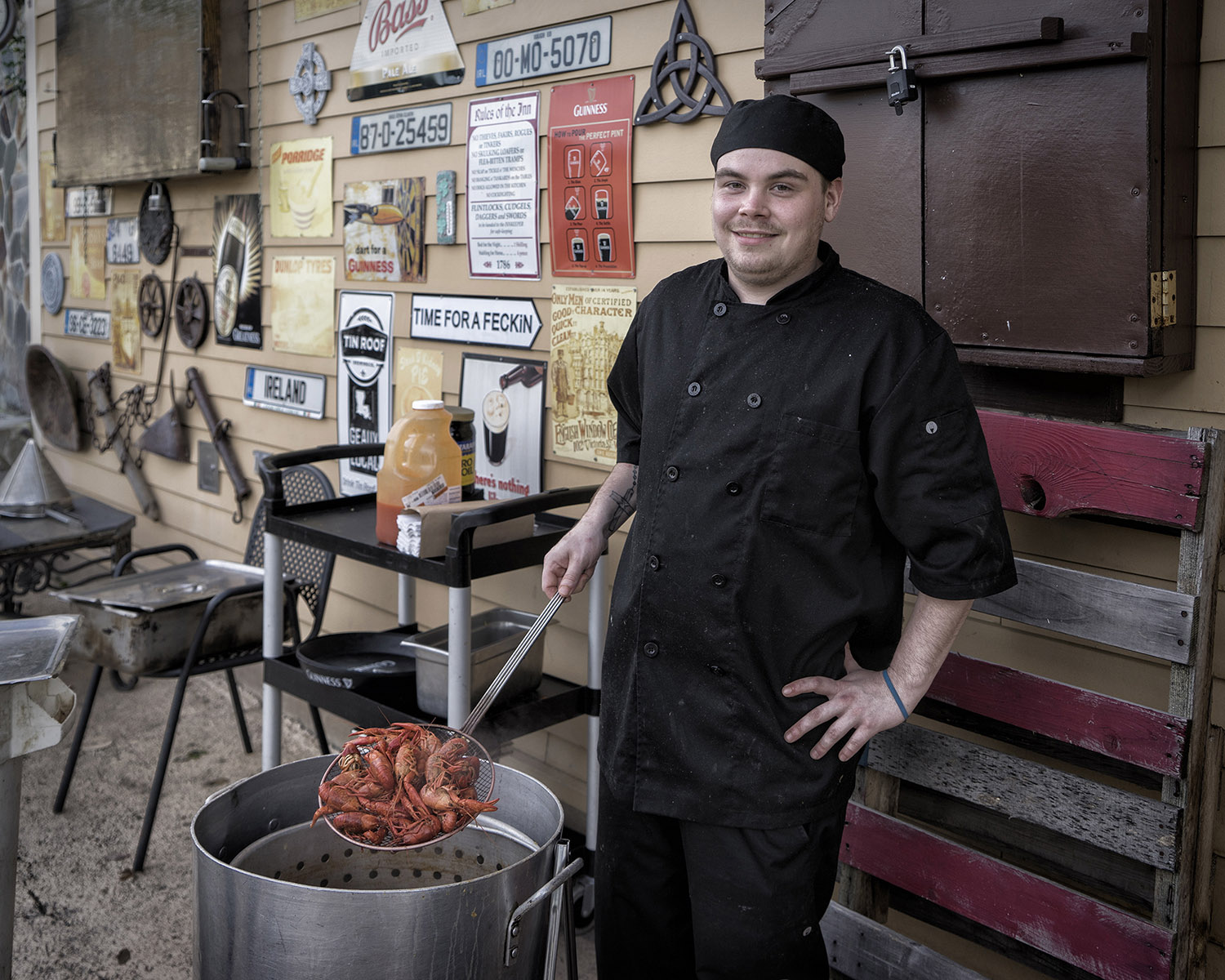 Dinnertime and we checked out the Irish House on St. Charles and MLK Jr. Blvd. One wouldn’t think of crawfish and Irish in the same sentence, but the outdoor pot was boiling and drew Grima in. 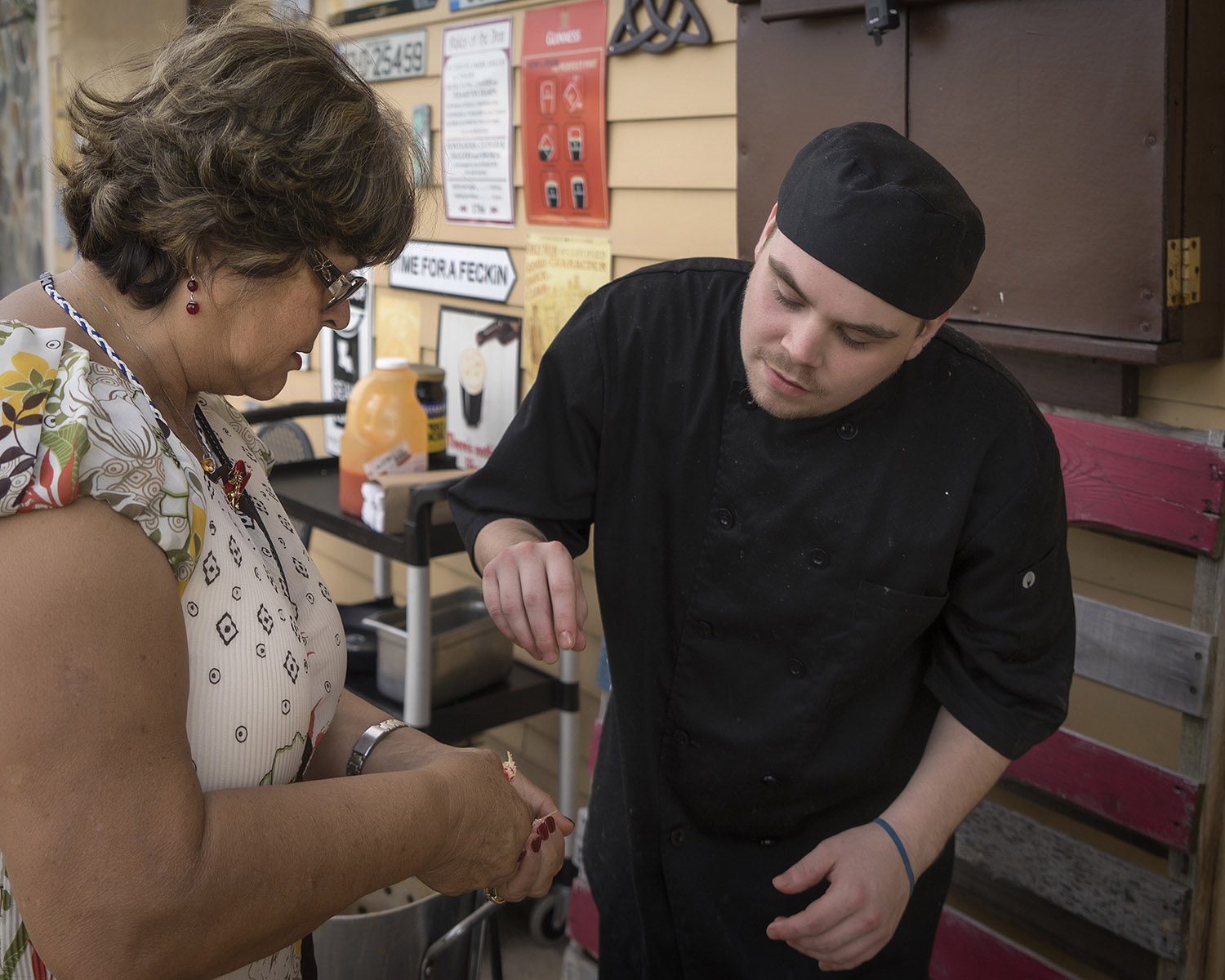 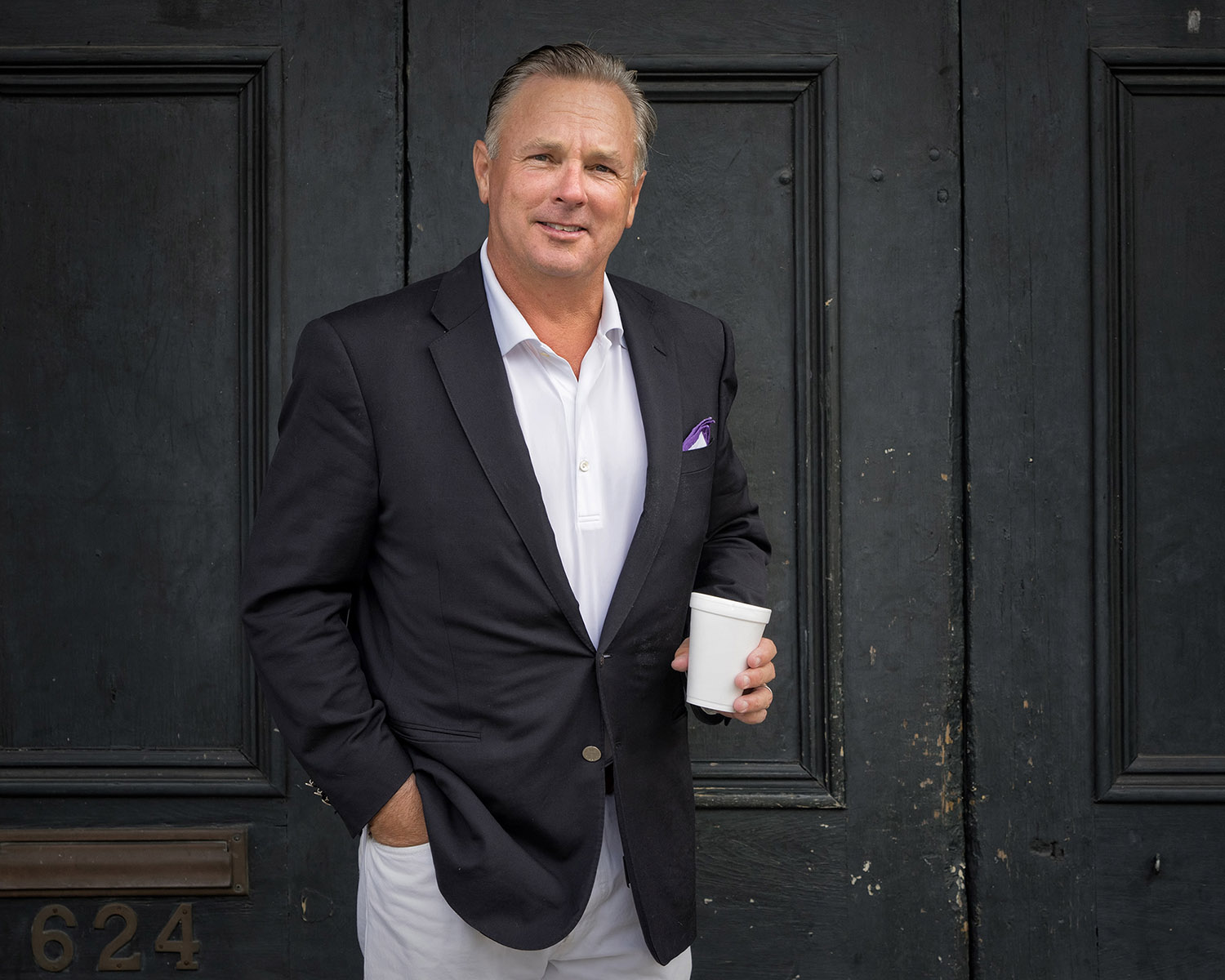 A couple days later headed back to the French Quarter to stroll around a bit. We did meet a few locals. Grima tends to attract strangers and become best friends in about 30 seconds. Met Scott Schlesinger coming out of his doorway with a cup in his hand and struck up a conversation. Nice guy & true southerner. 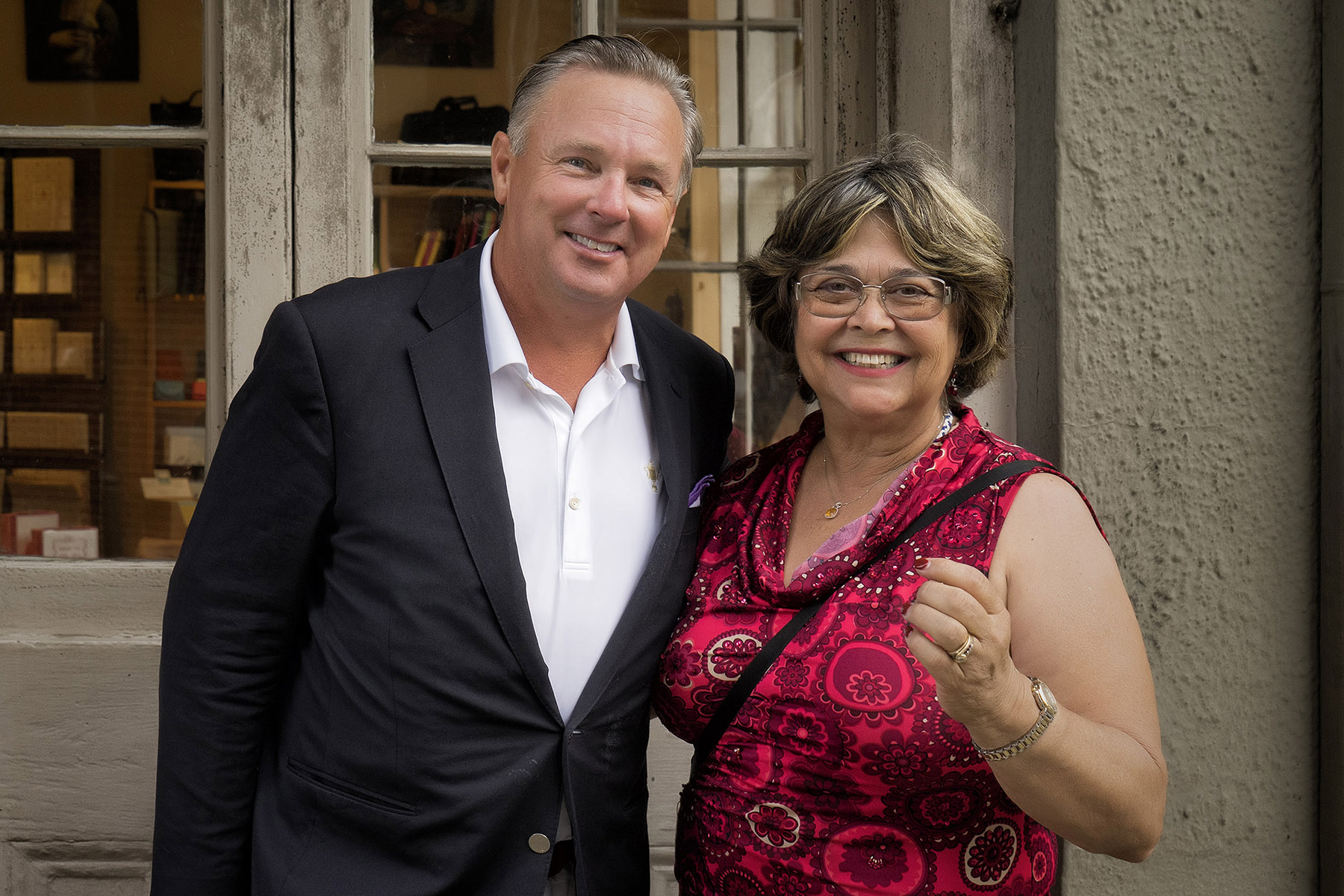 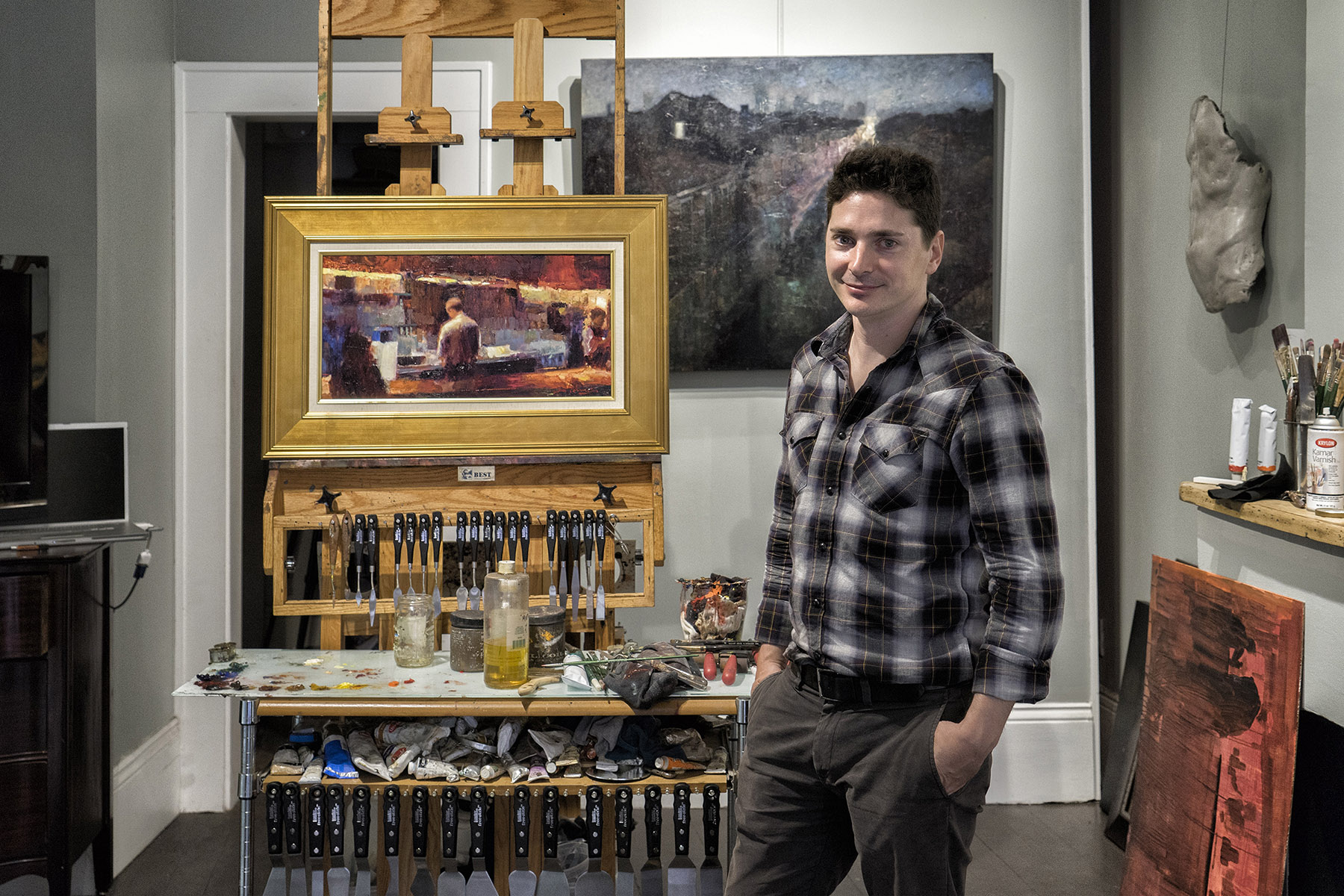 We talked to Jim Pennington of Pennington Fine Art on Royal Street about his paintings, which have a wonderful style – you should check them out. 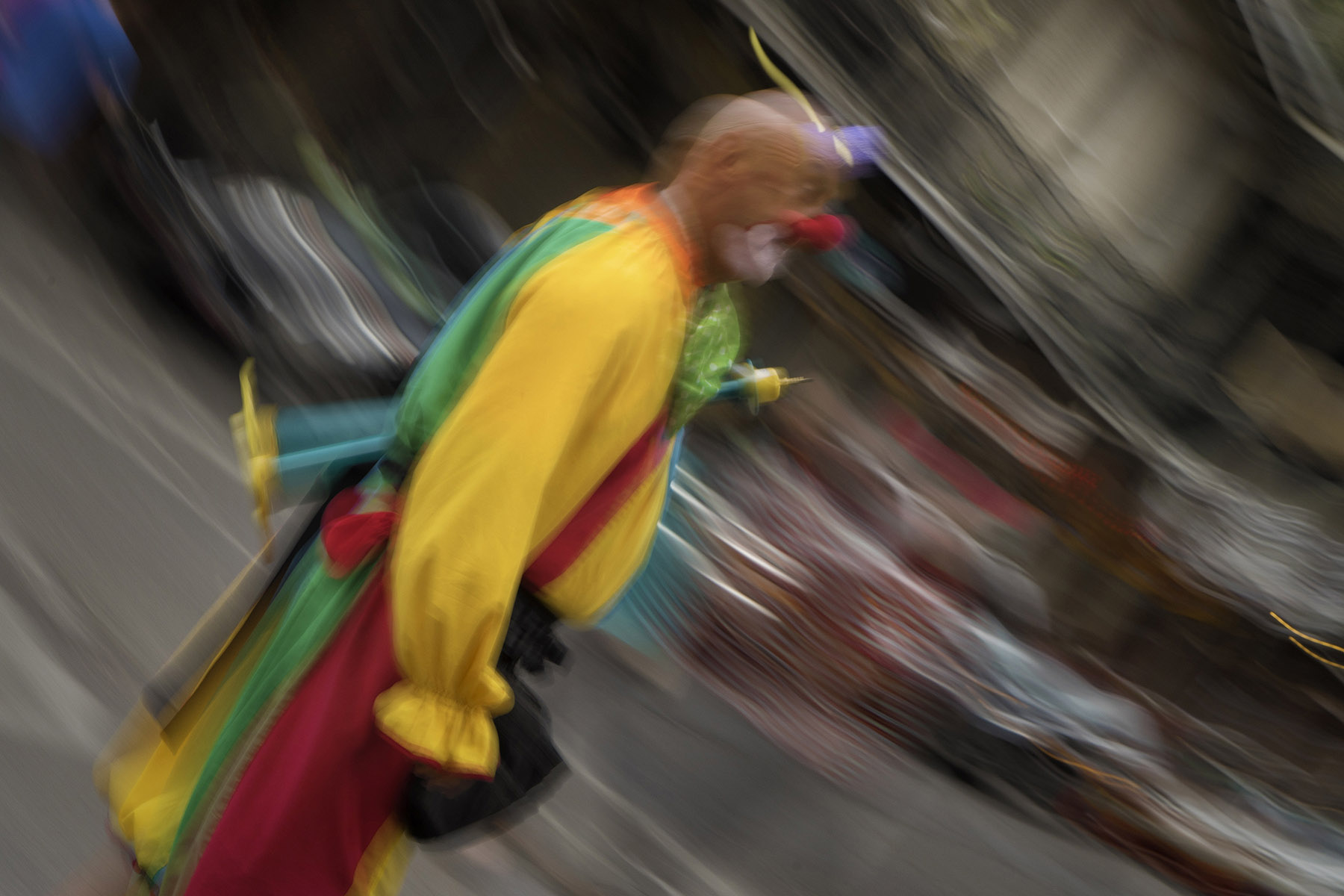 Some views of Royal Street and some impromptu passersby (clown anyone)? 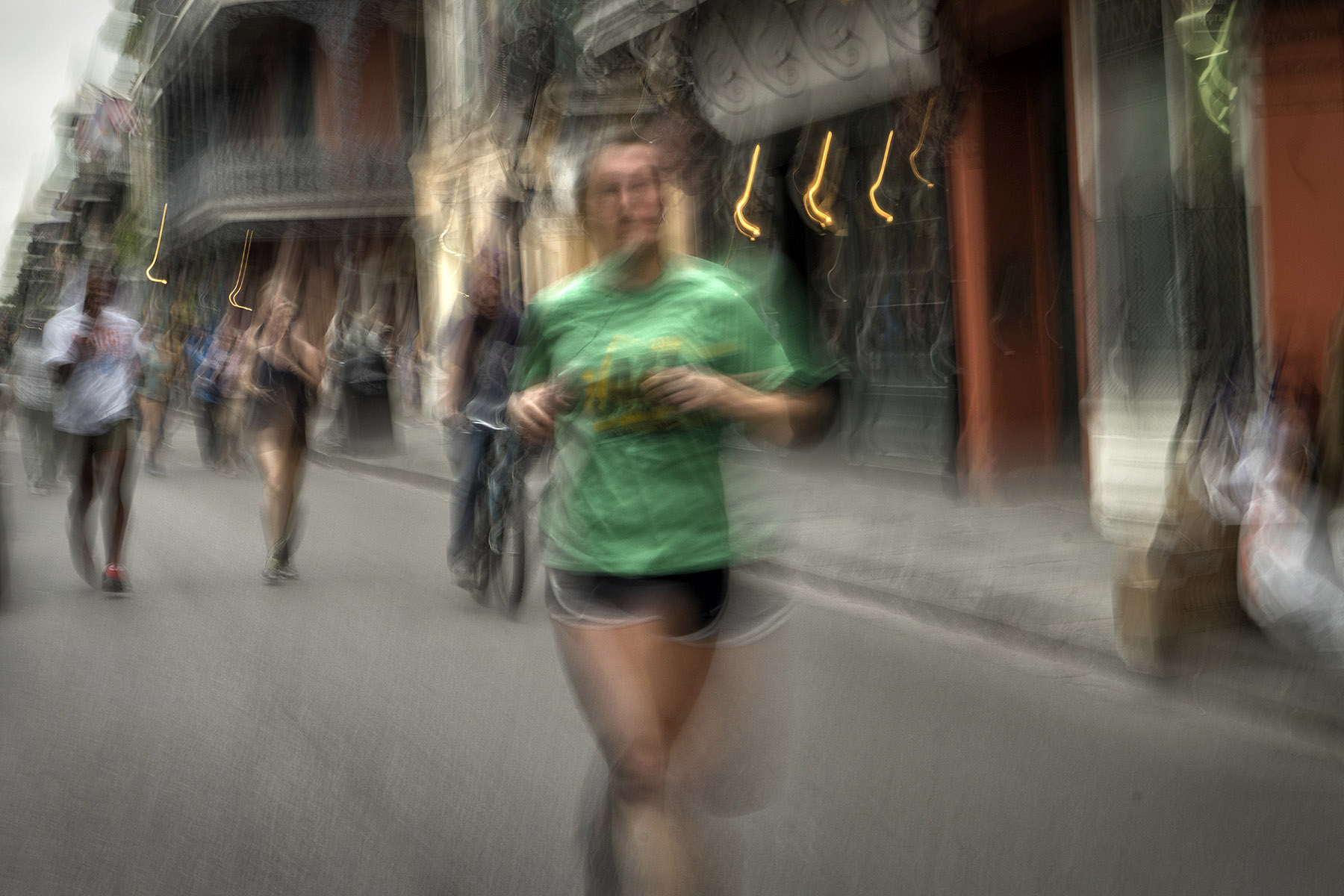 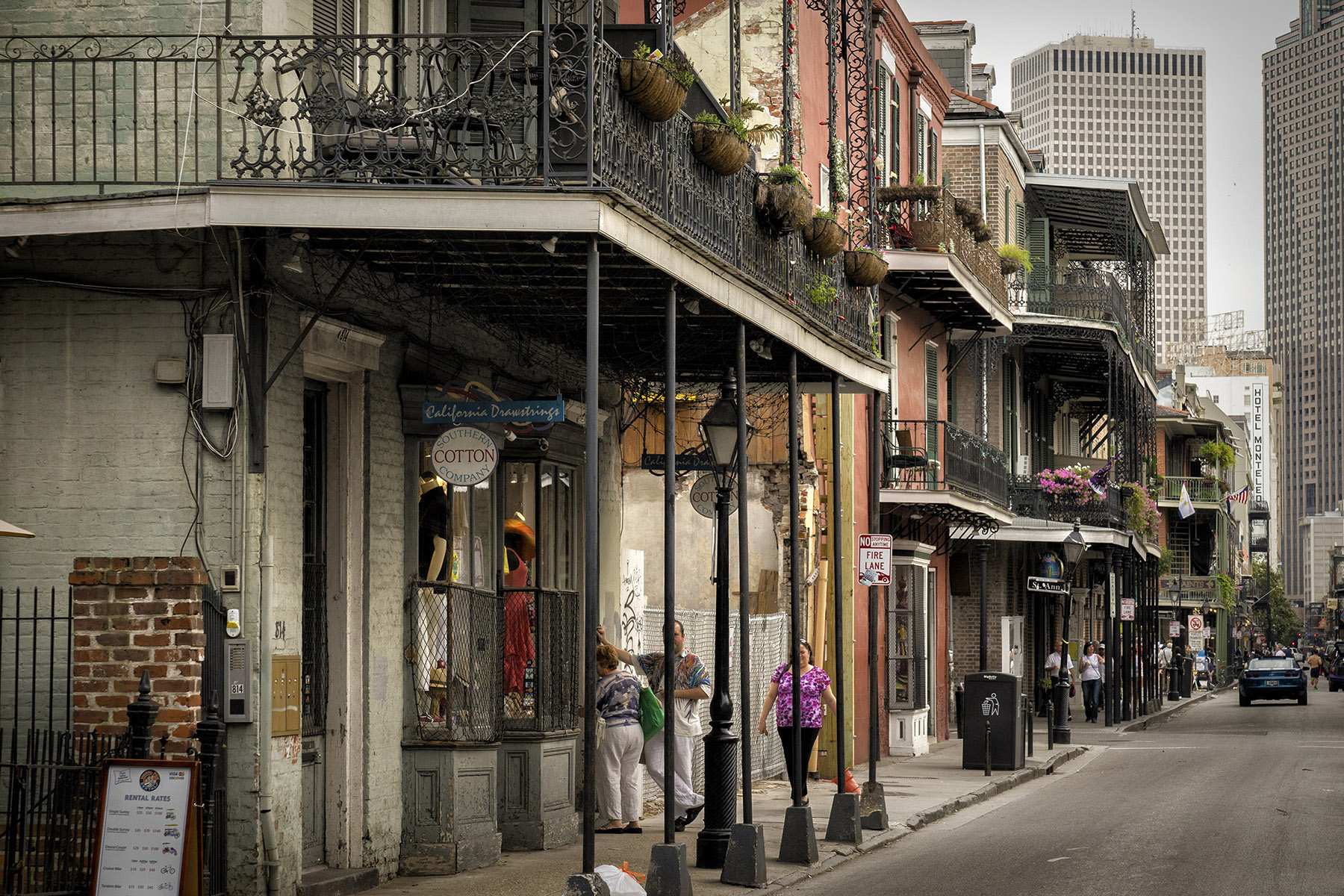 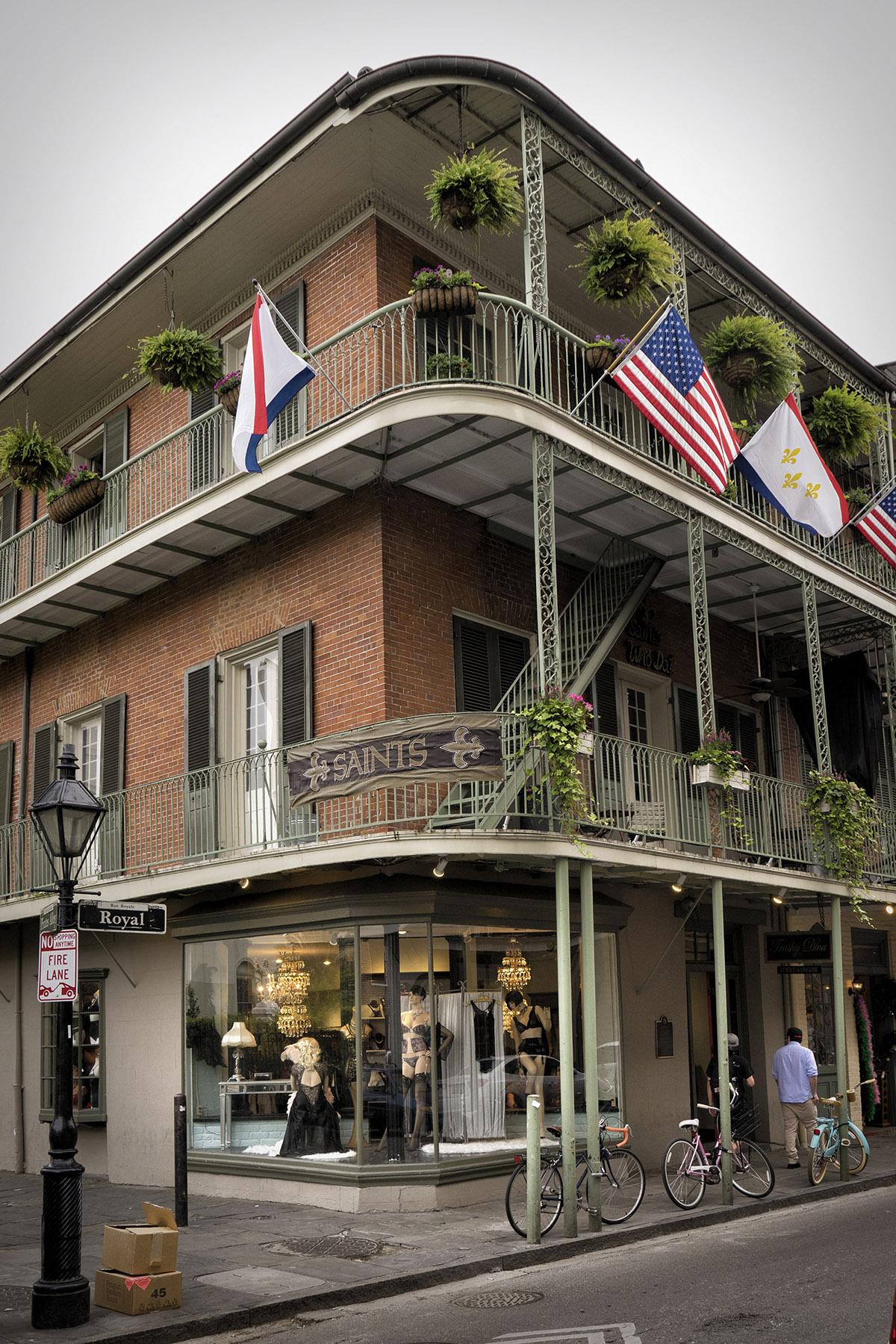 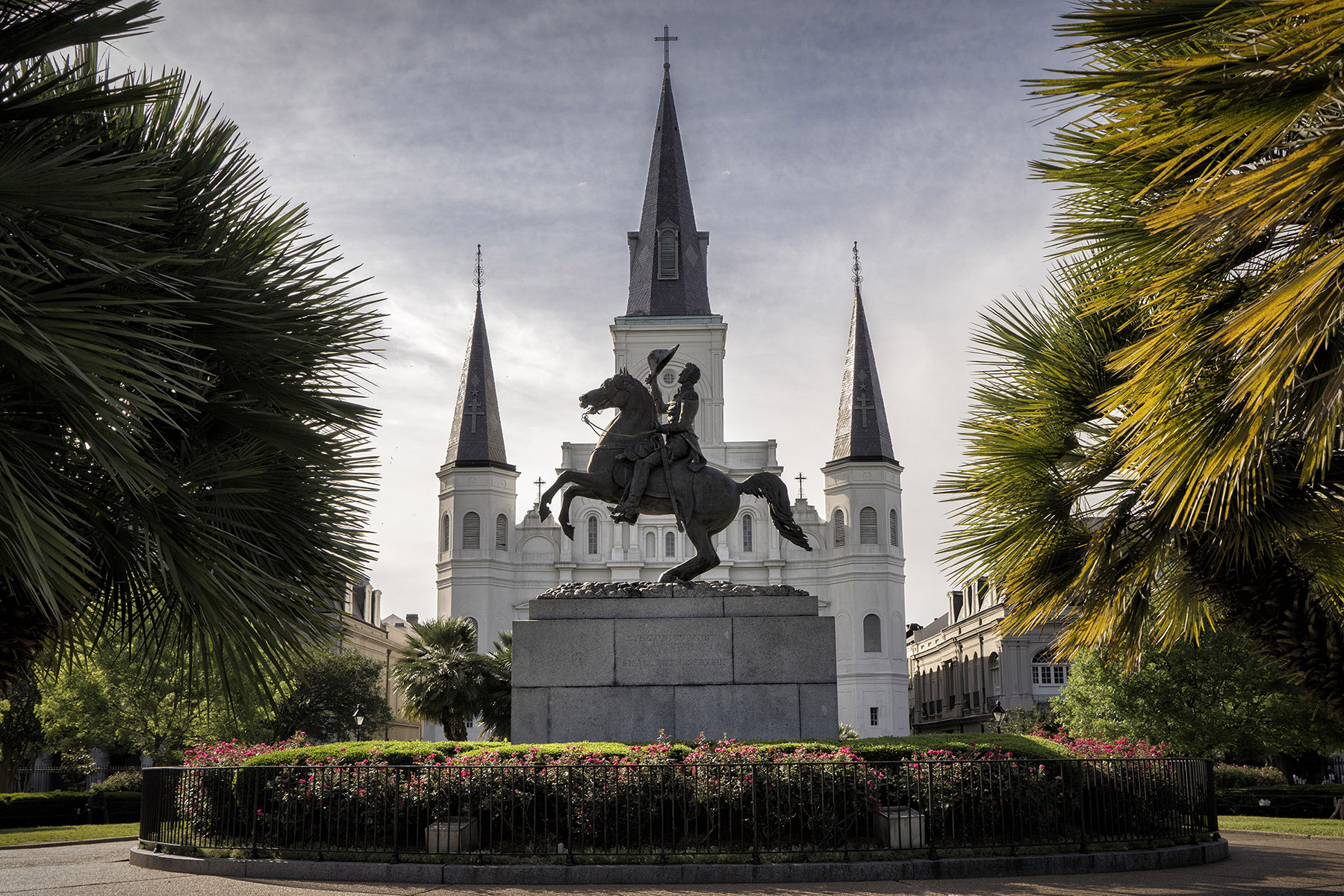 Ended the day at St. Louis Cathedral on Jackson Square