Burano is the second isle that we visited and is famous for fine lace and multi-colored houses. The island became known for lacemaking by needle in the 16th century that today would be prohibitively expensive. But the tradition of lacemaking continues with more modern methods, providing an enormous variety of beautiful lace products. The story about the multi-colored houses recounts that it was to help fishermen recognize home when returning from sea. Today house colors are regulated by the local government. 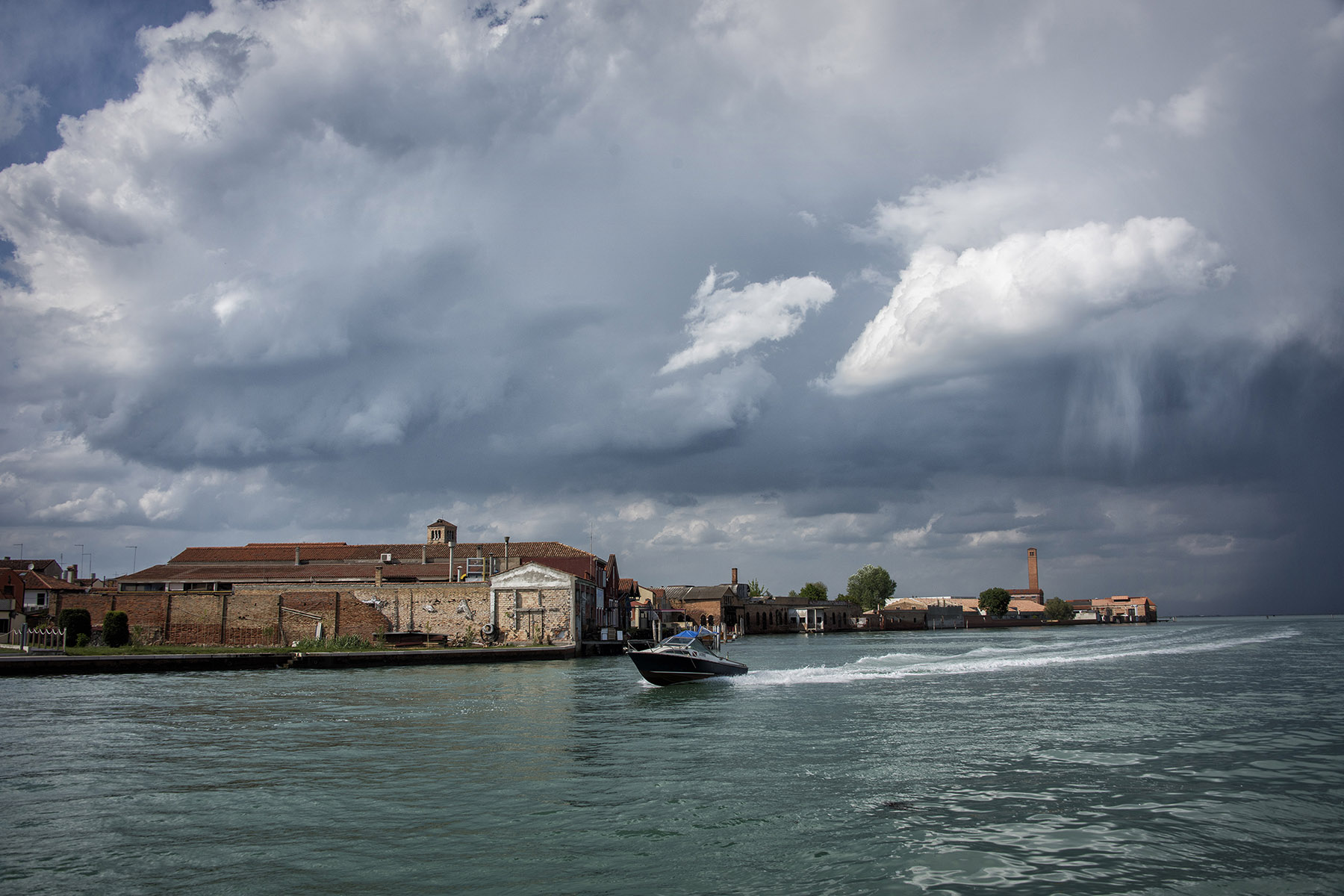 Leaving Murano in route to Burano

Burano is much further out from Venice than Murano – so much longer at sea. But well worth it as there was a weather front passing by which created spectacular skies and light, including a full rainbow over the sea 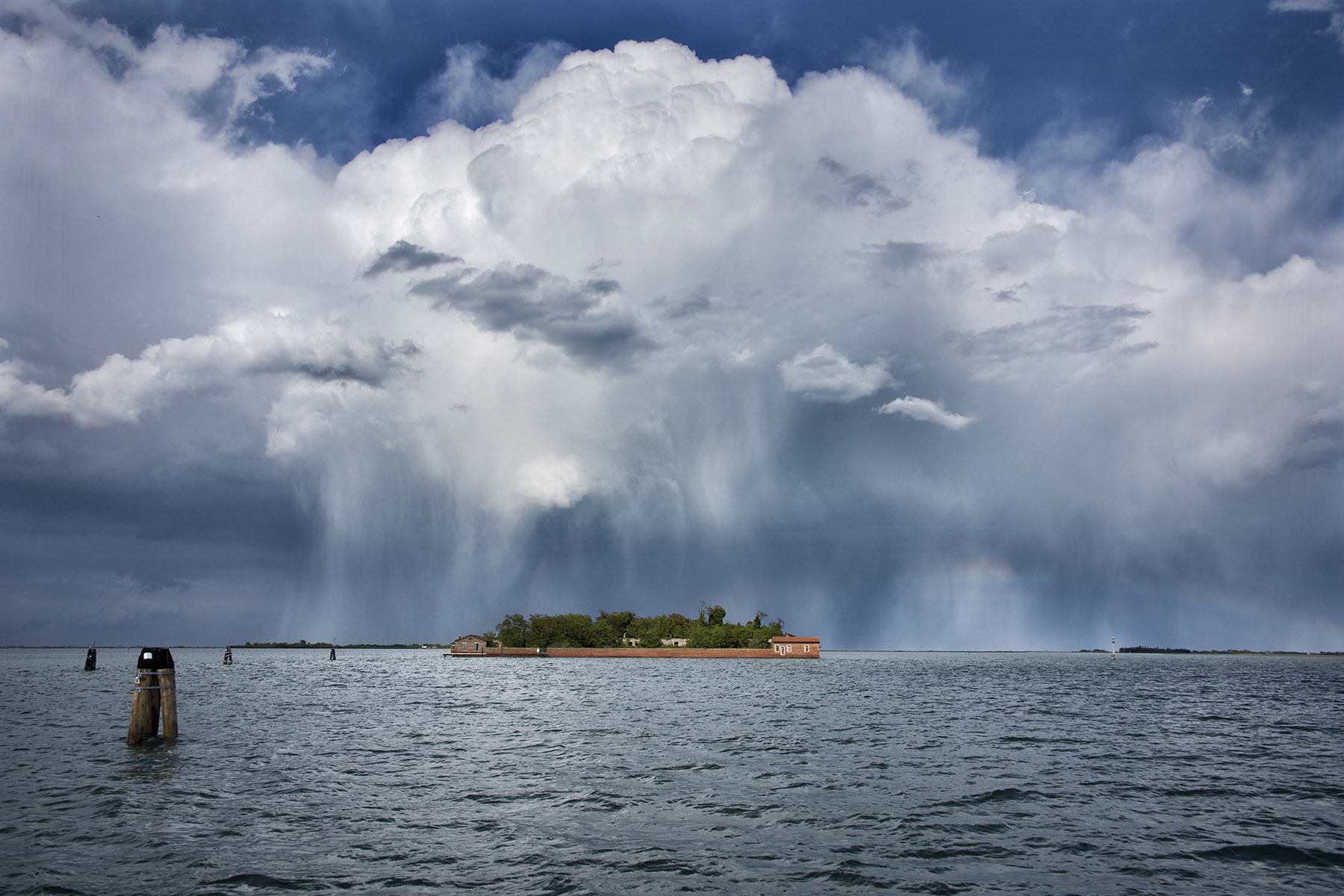 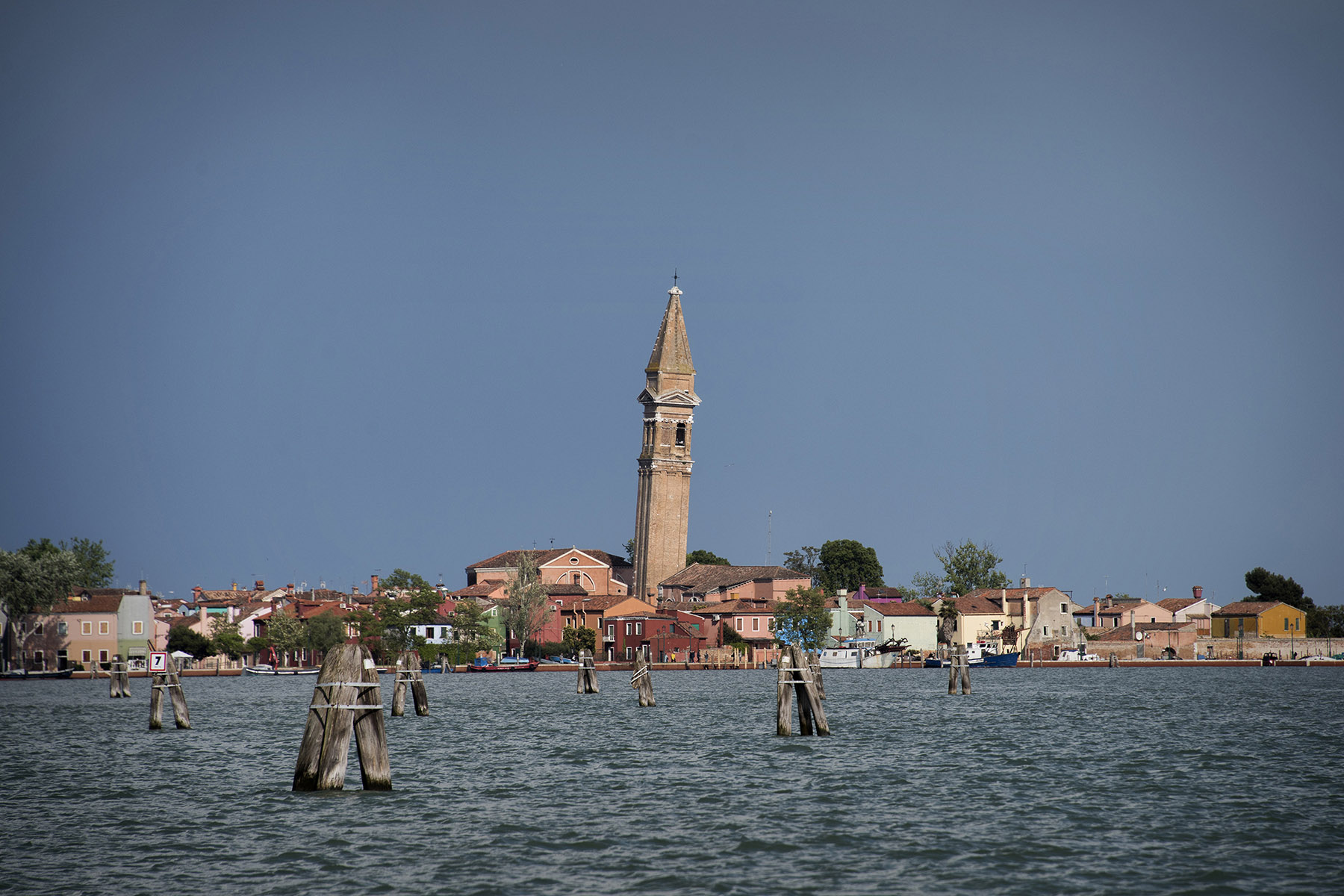 Approaching the island one sees that the Leaning Tower of Pisa isn’t the only leaning tower in Italy. The Bell Tower showed a distinctive lean of its own. 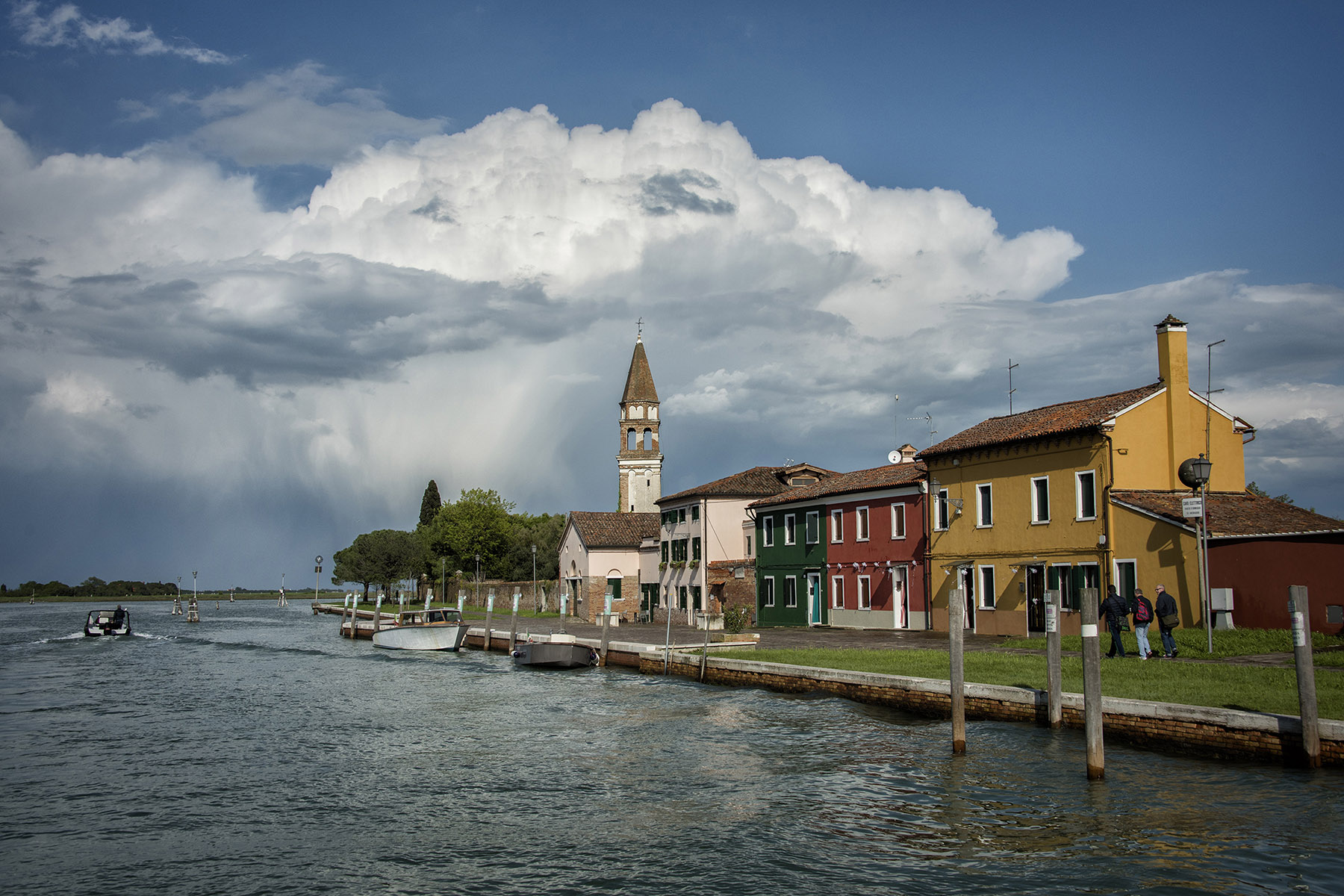 Upon arrival the weather calmed and it was a beautiful, sunny day in the 70’s when we debarked. 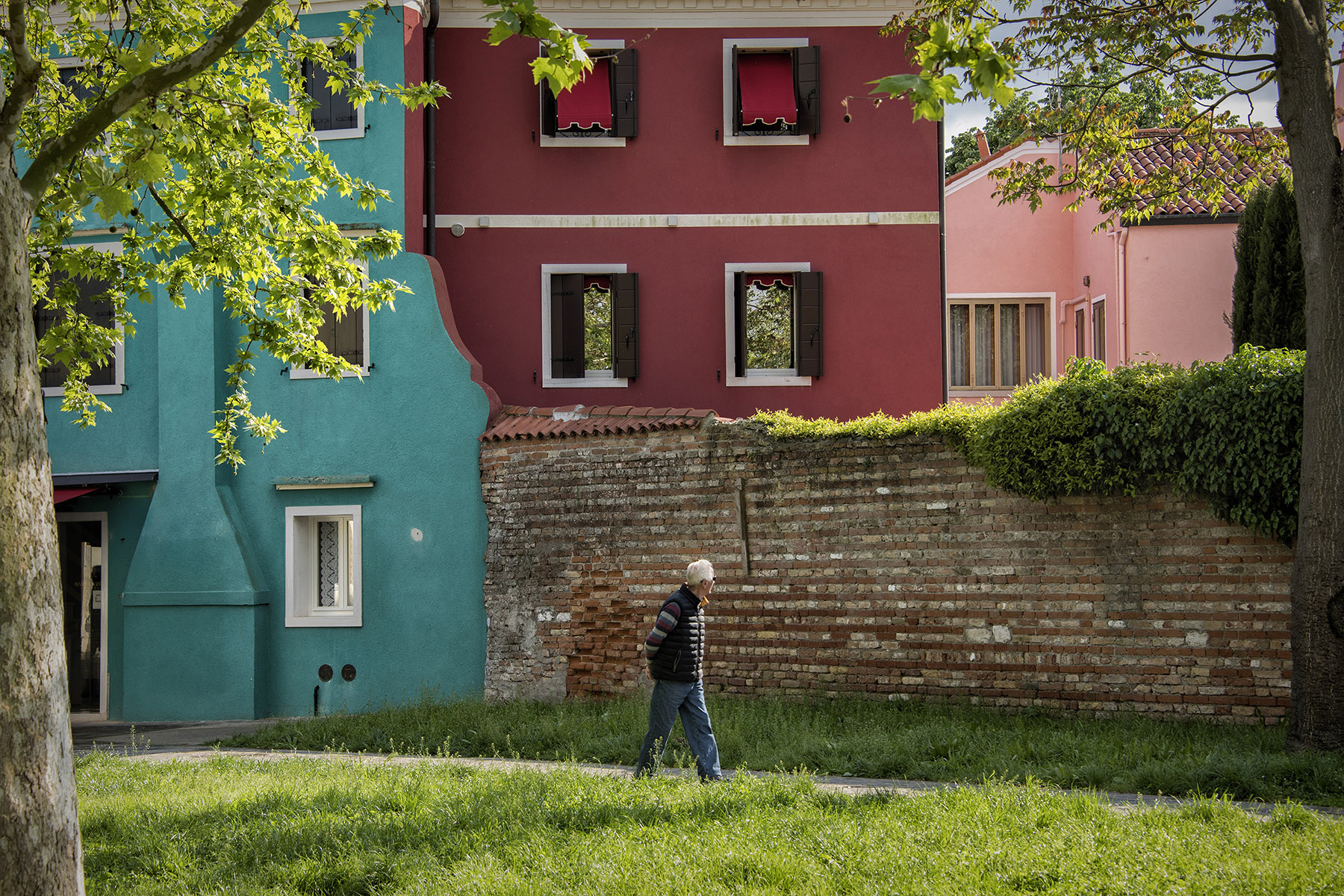 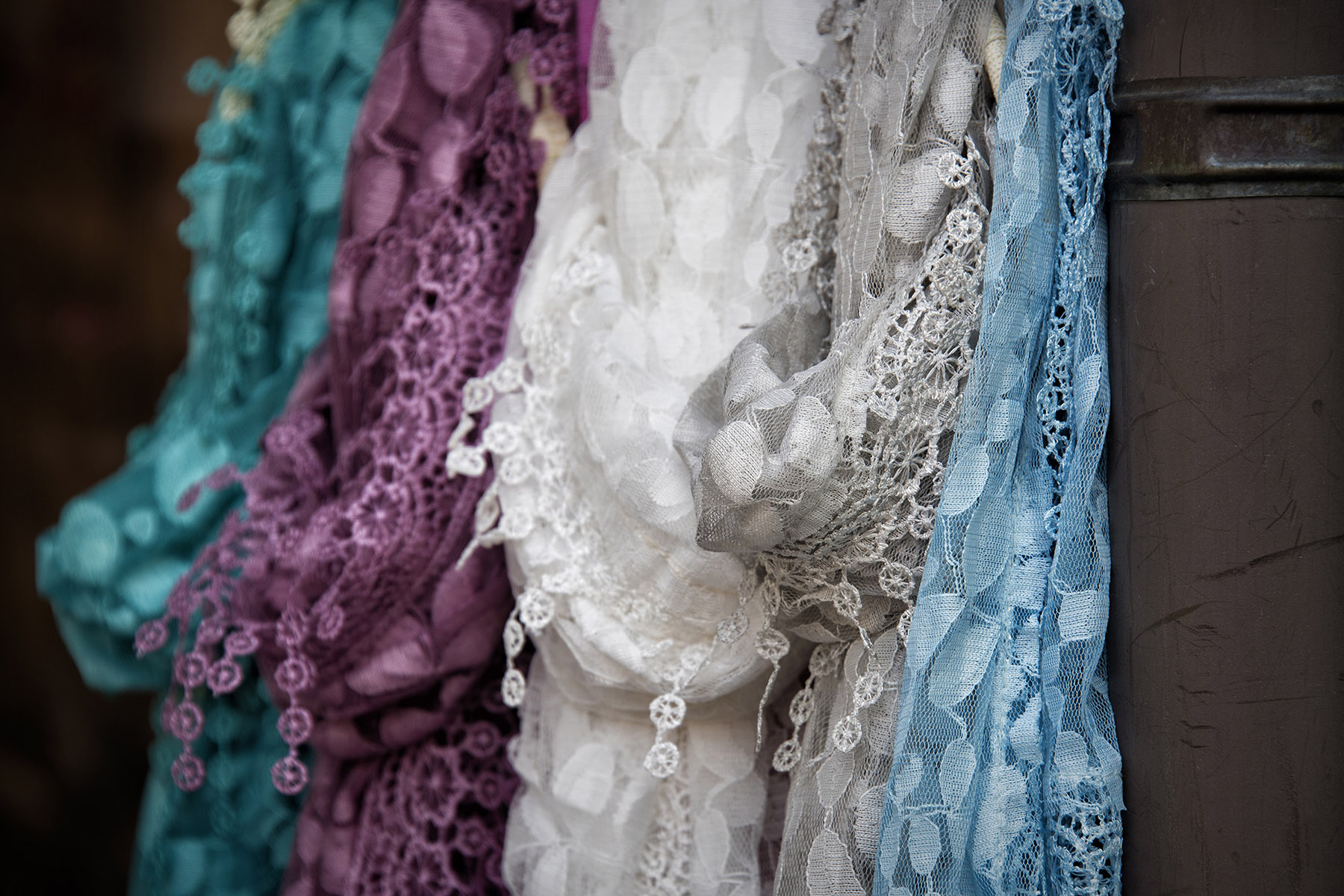 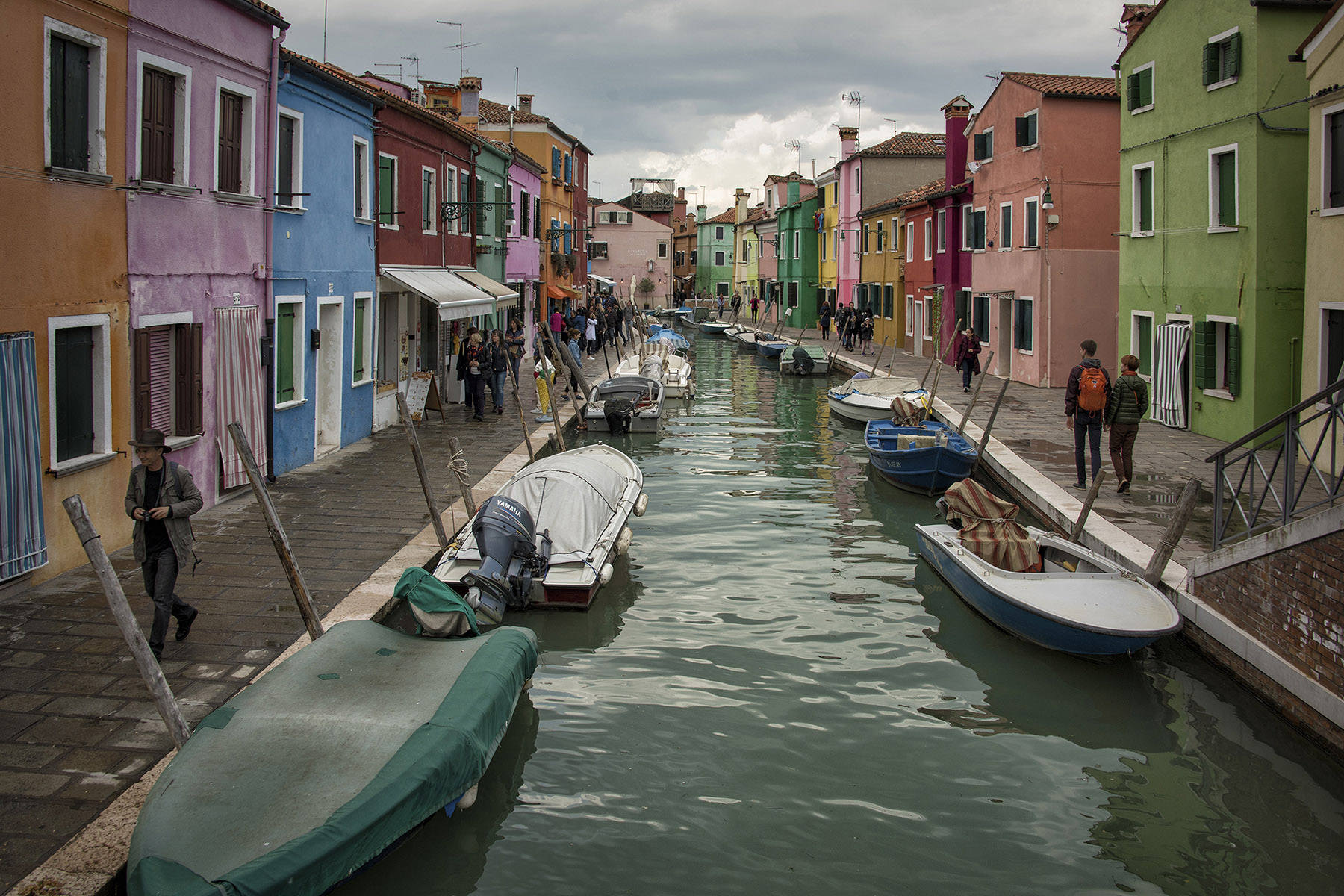 And along the canals lined with the multi-colored buildings 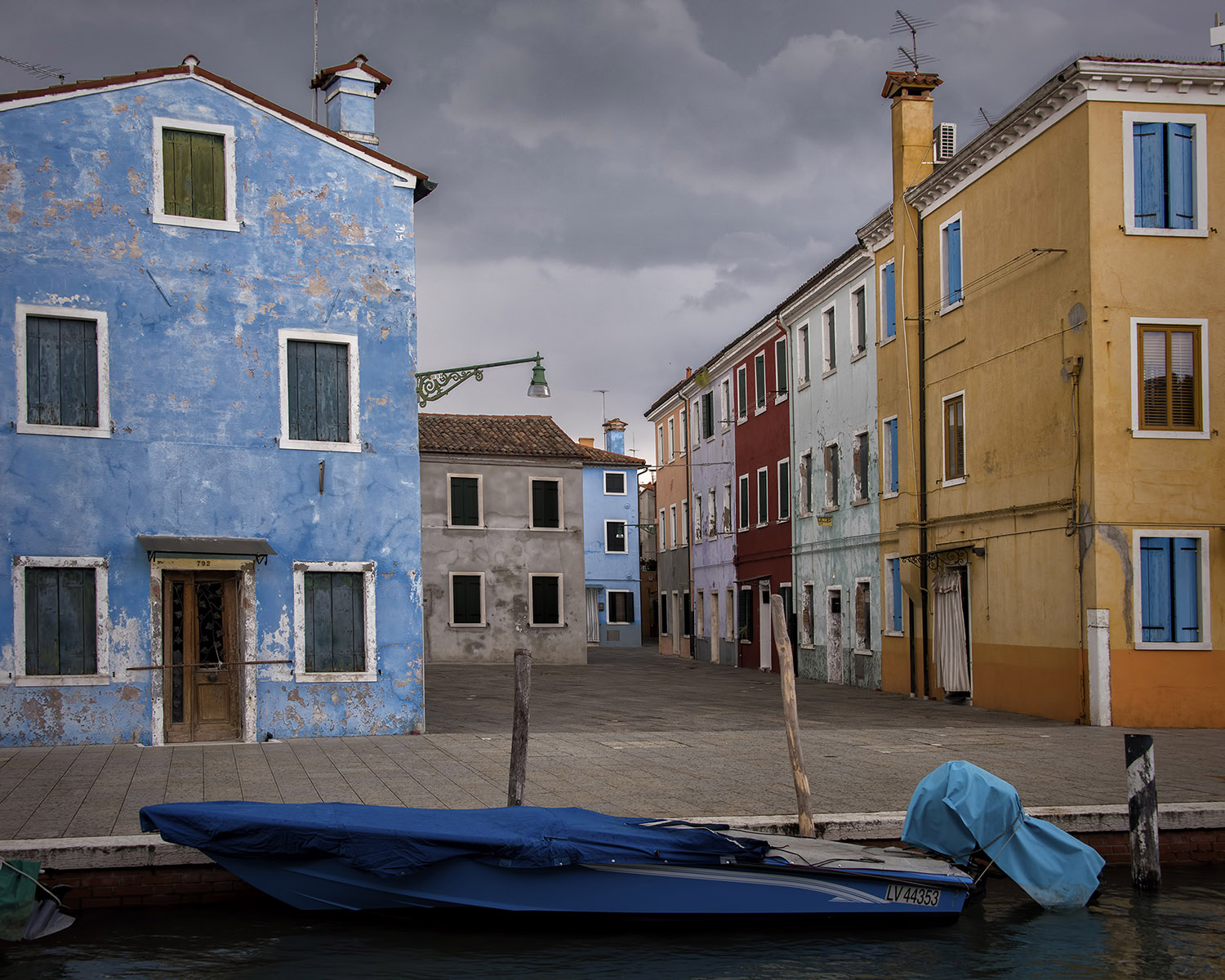 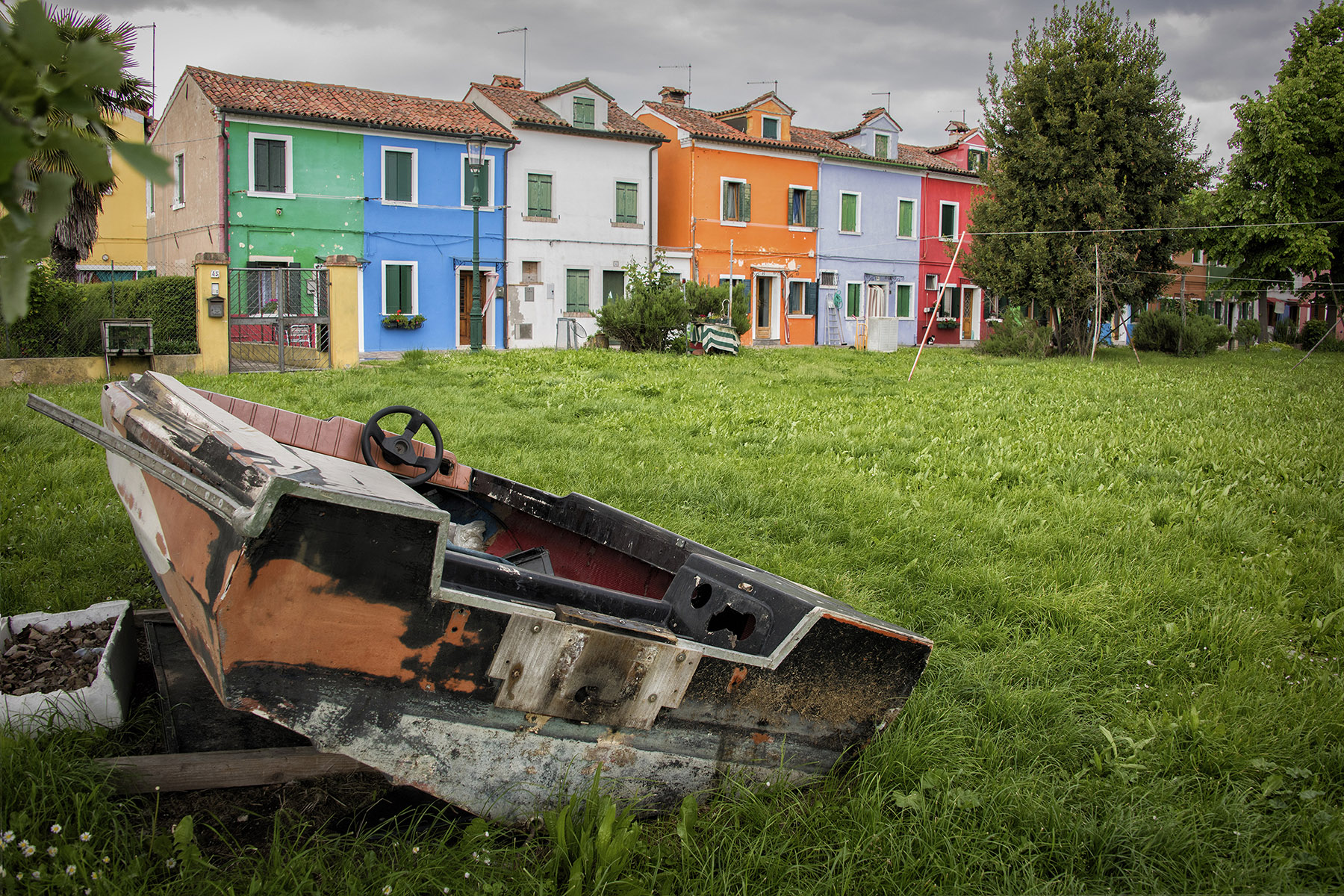 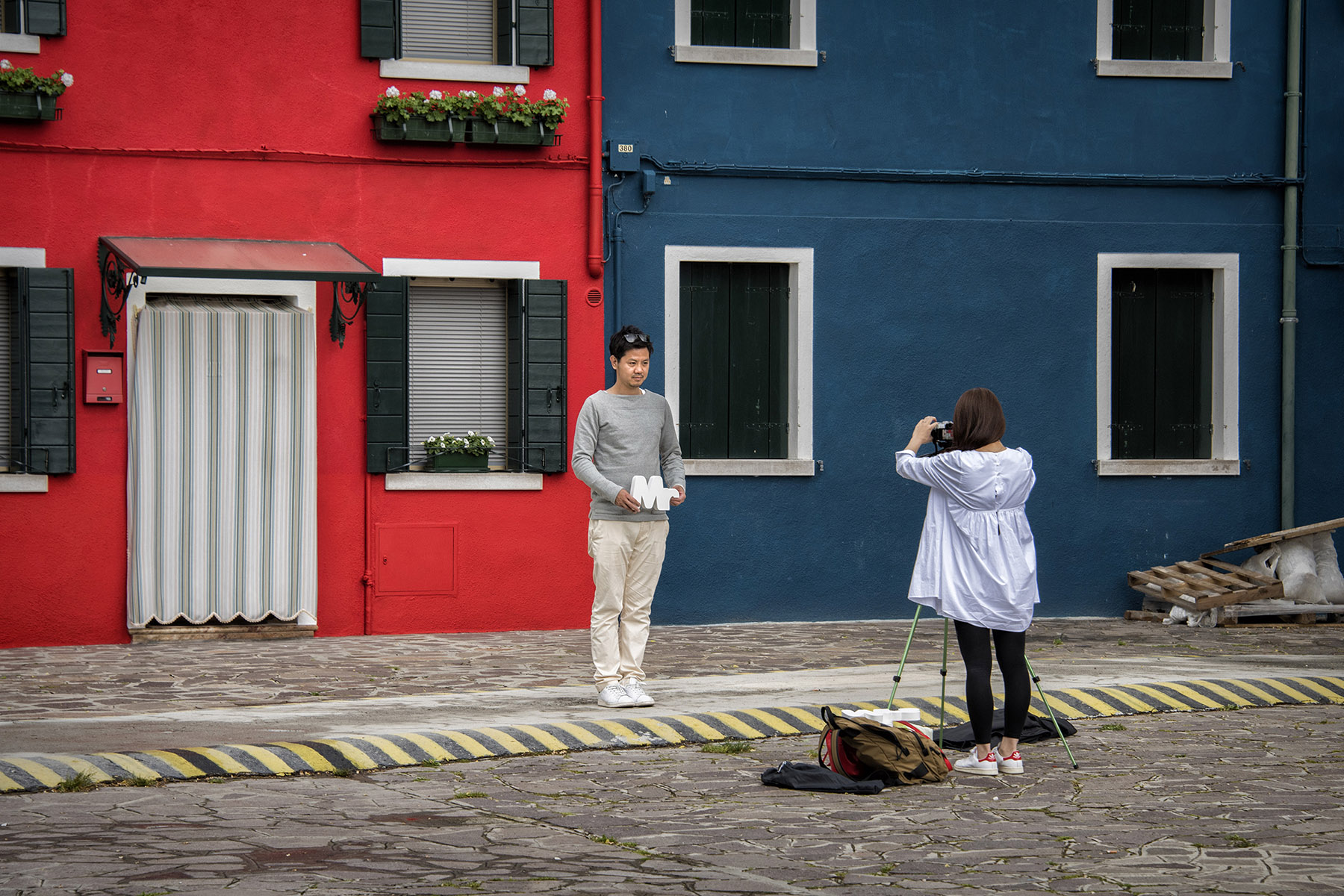 This couple were on their honeymoon and got these letters to spell out ‘Mr.& Mrs.’ and were taking pictures to composite on their social media page 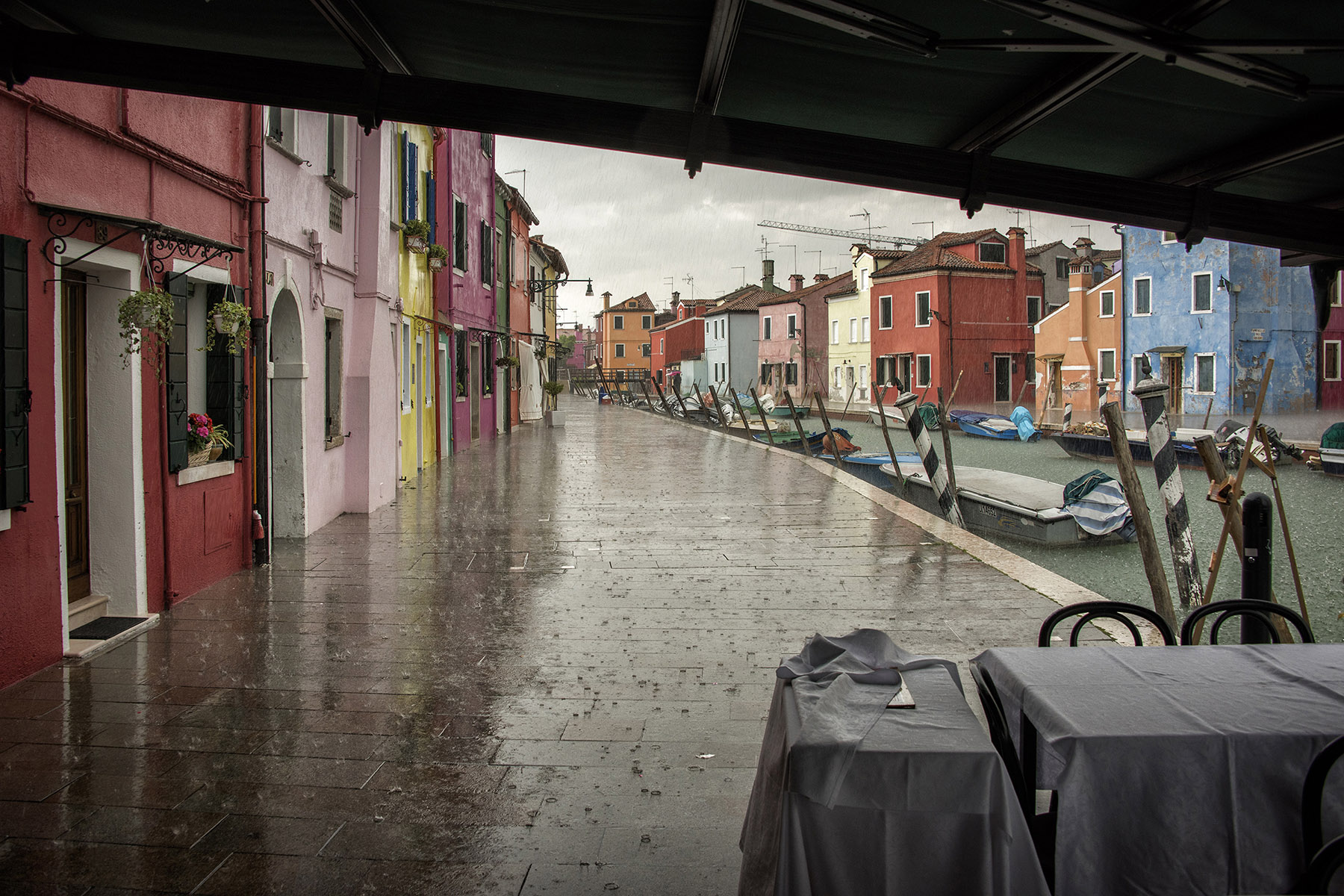 Ate lunch at the Piccola Cucina on Str. di Corte Comare – underneath canvas awnings. Very pleasant for most the lunch, then a cold front came over and the temperature dropped about 25 degrees, the wind came up and it started to sprinkle. We Left the little plaza and as we walked the rain started to come down stronger until it was a torrent. Luckily we found refuge under the awning of Trattoria al Gatto Nero on Fondamenta della Pescheria. 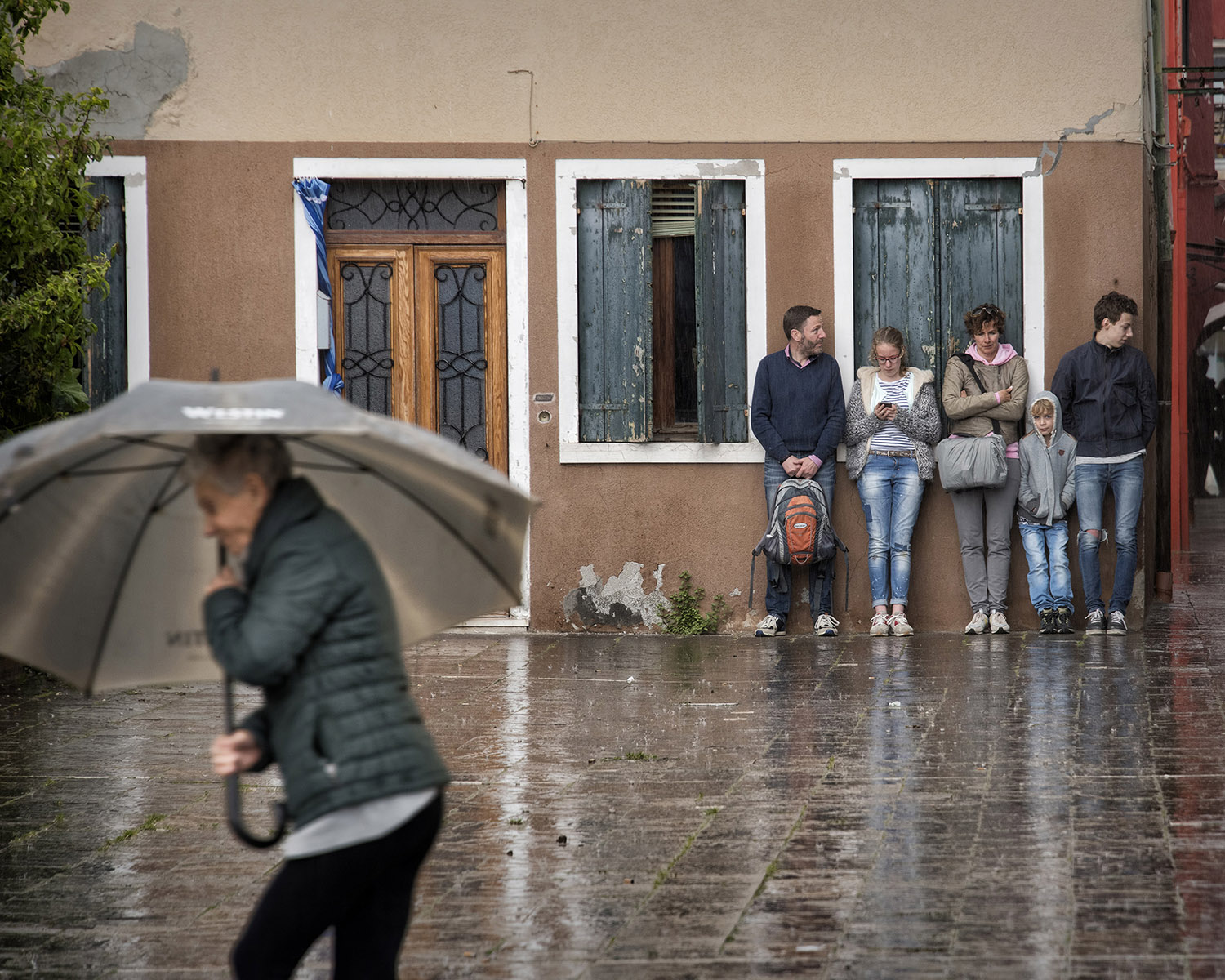 Others weren’t so fortunate 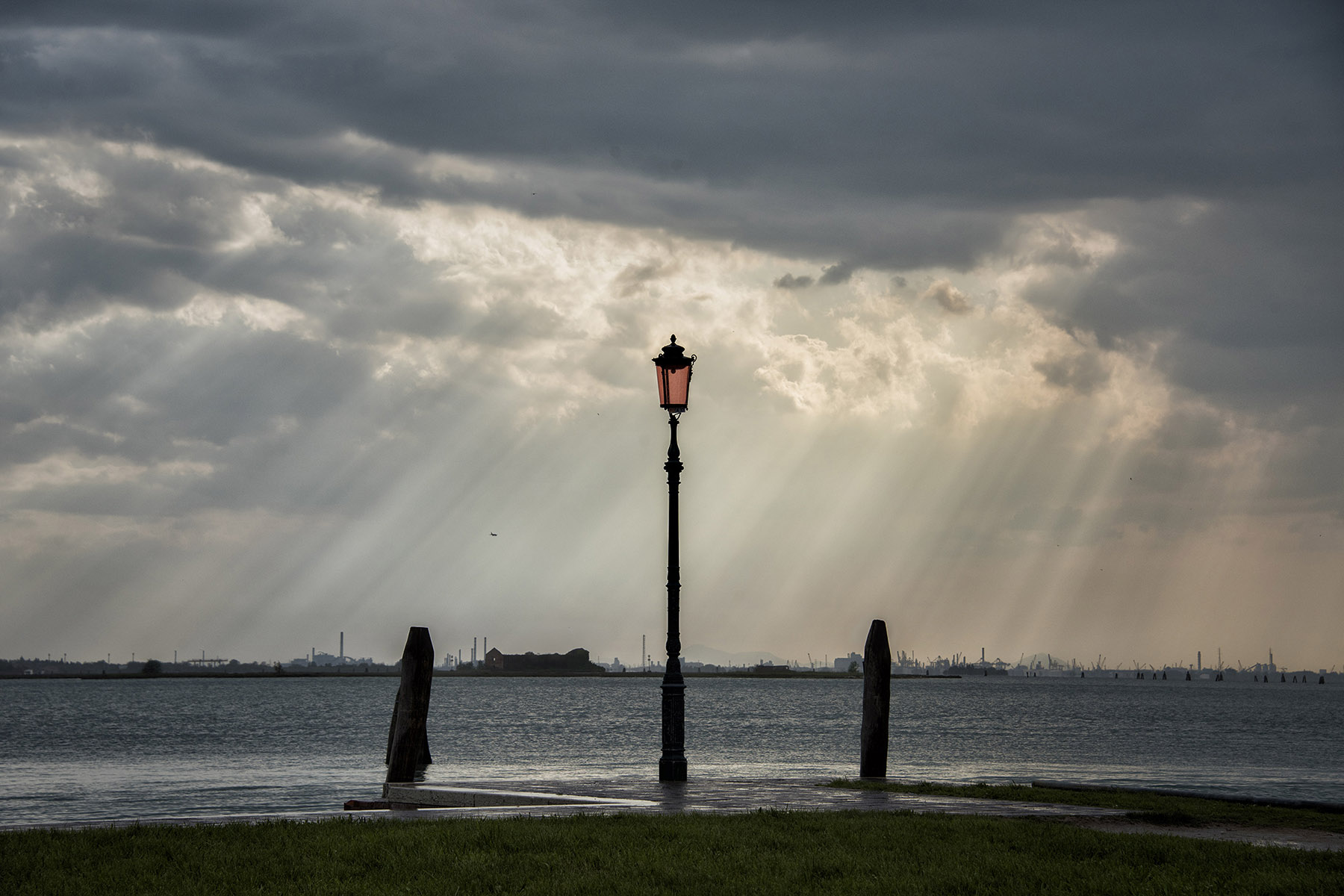 After about 25 minutes it subsided, the clouds started to break up and the rain soaked streets and houses took on wonderful reflections and hues. 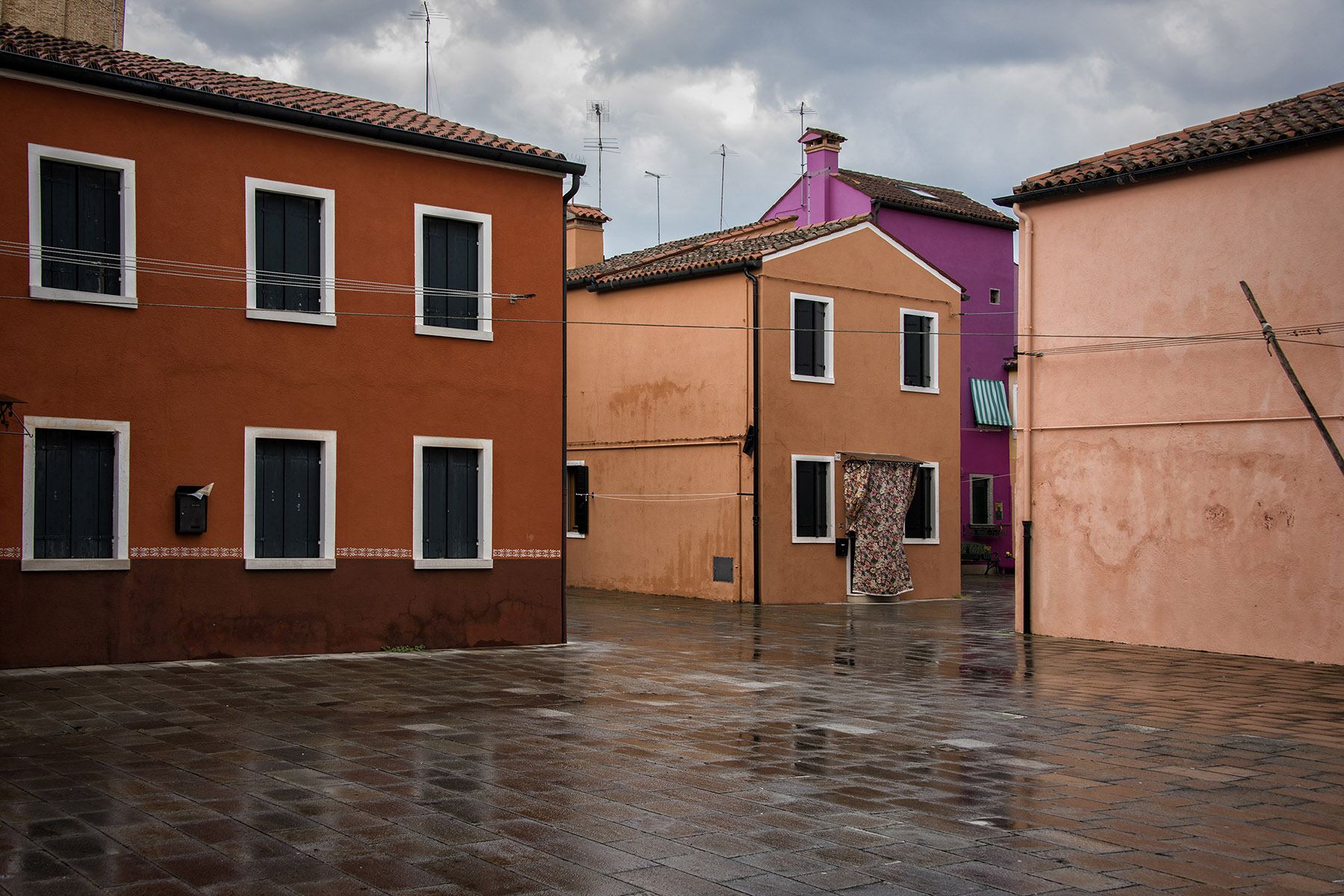 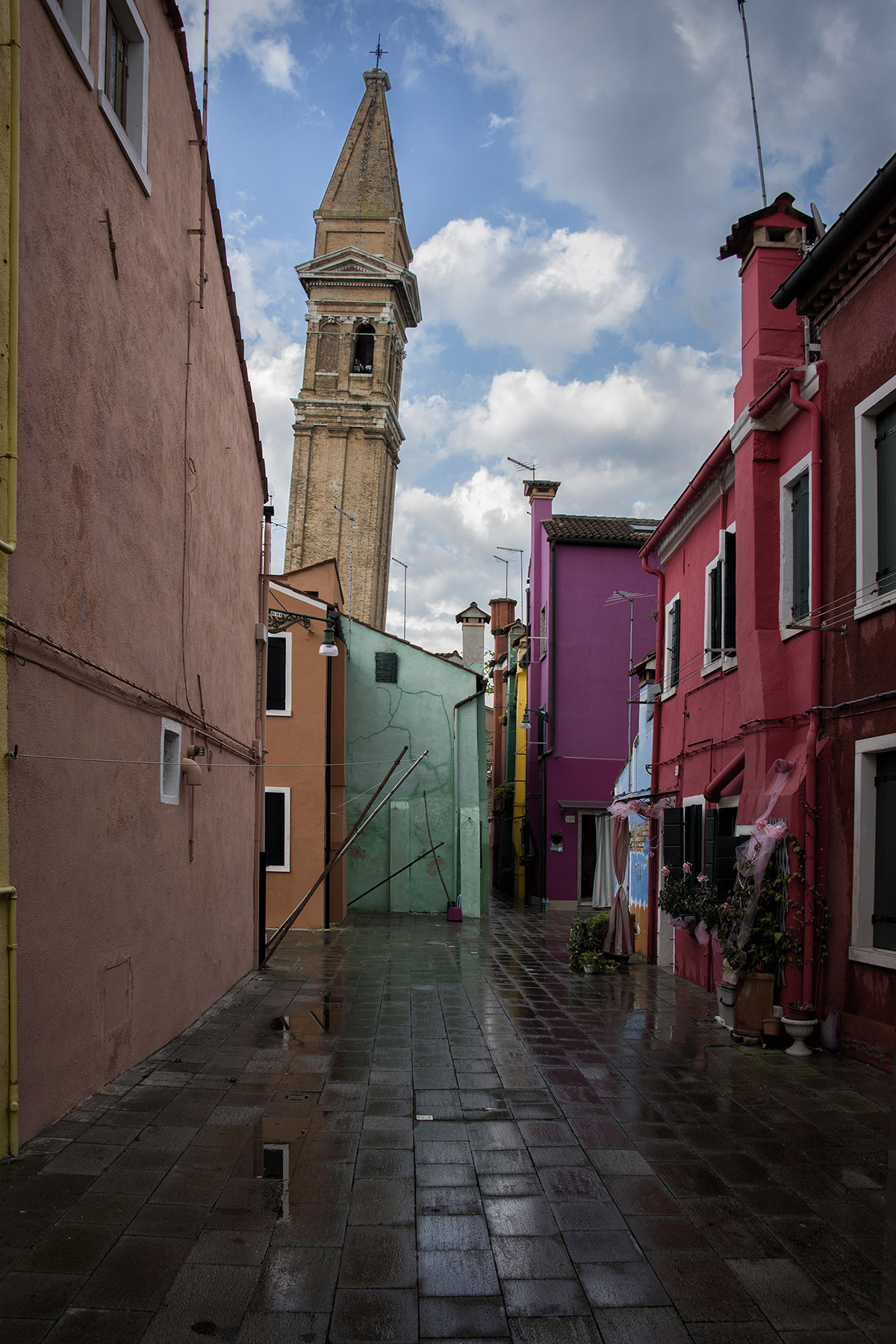 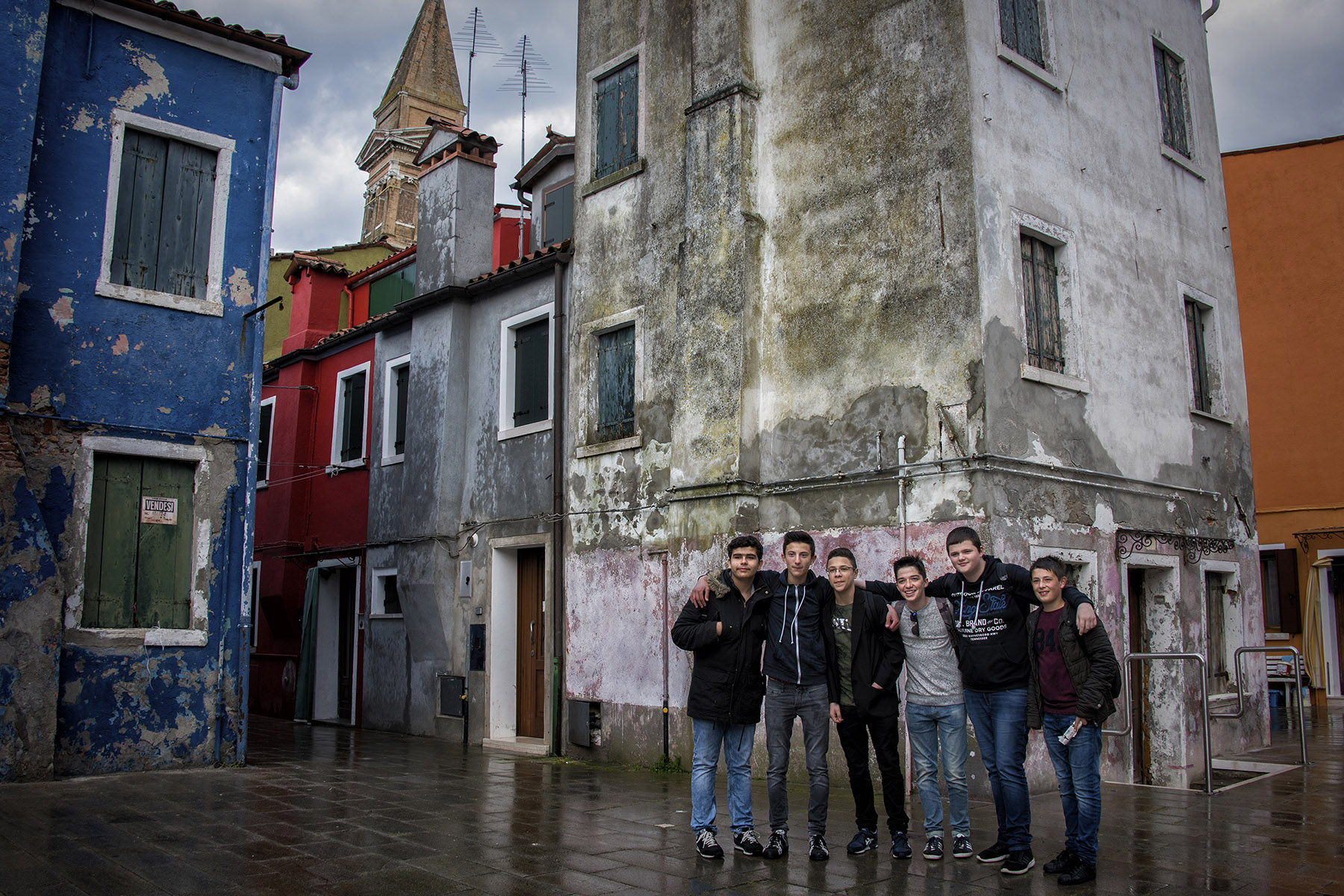 Met some local boys paying a little soccer and took their portrait. 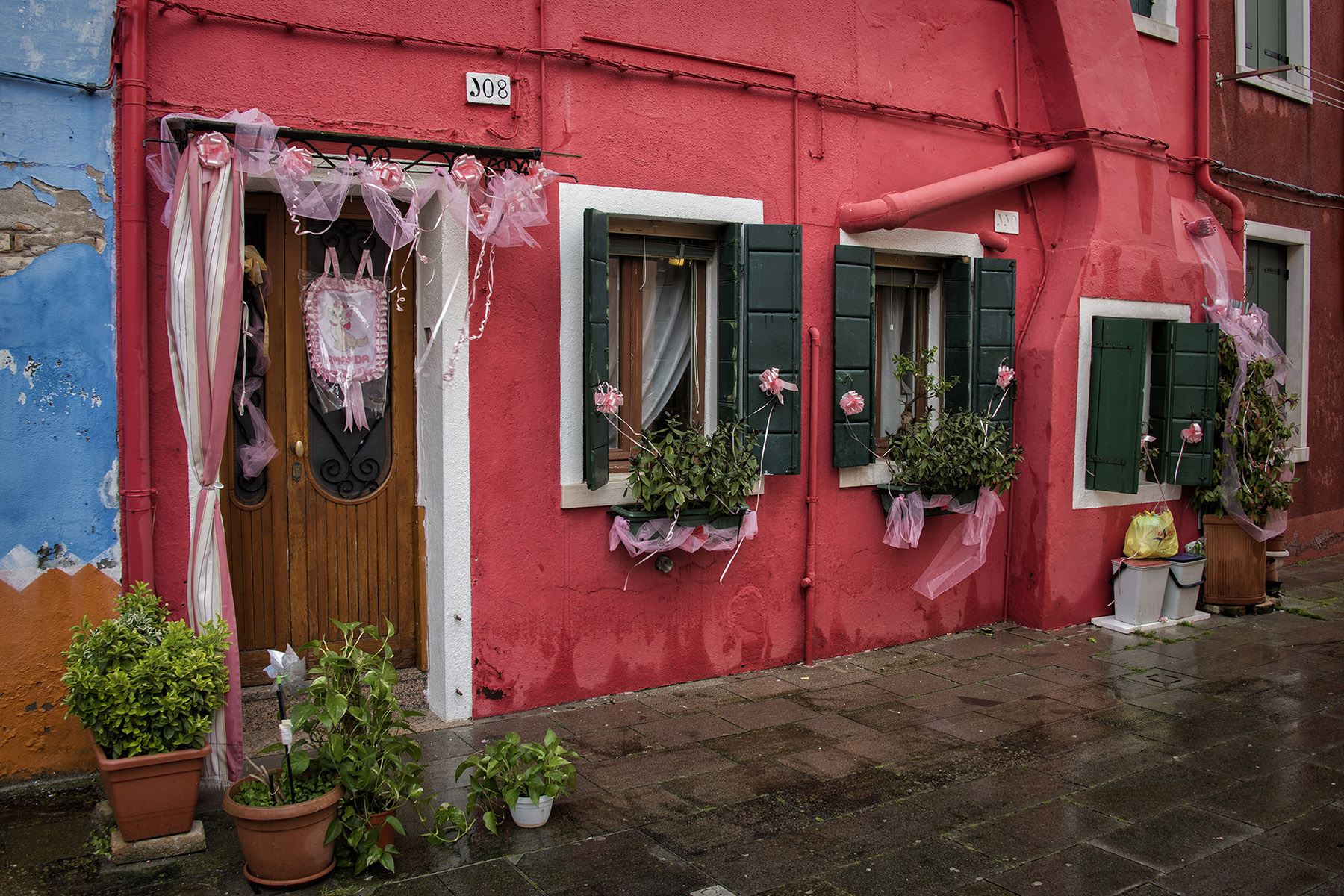 Apparently there was a new resident in Burano named Amanda, who just arrived. 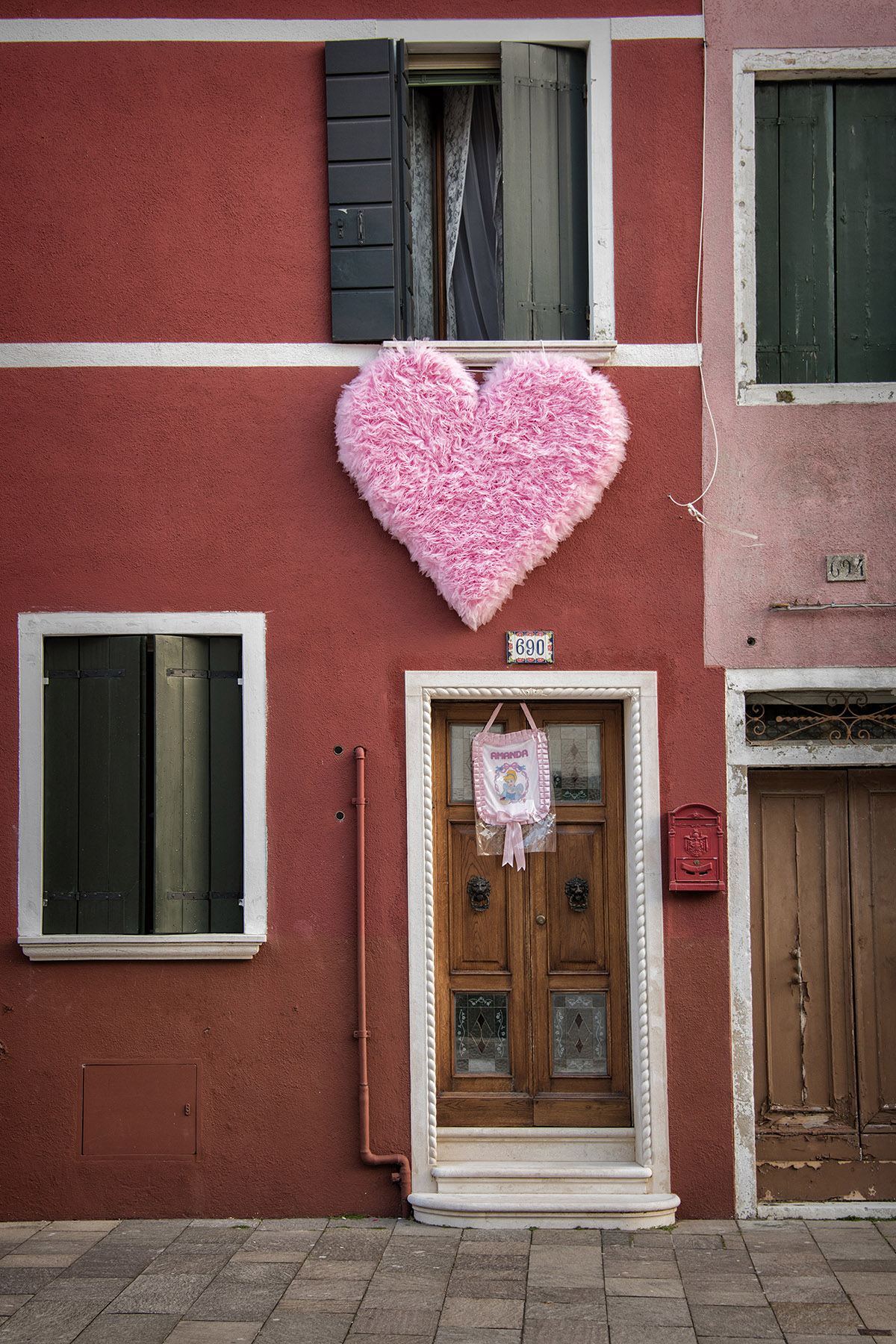 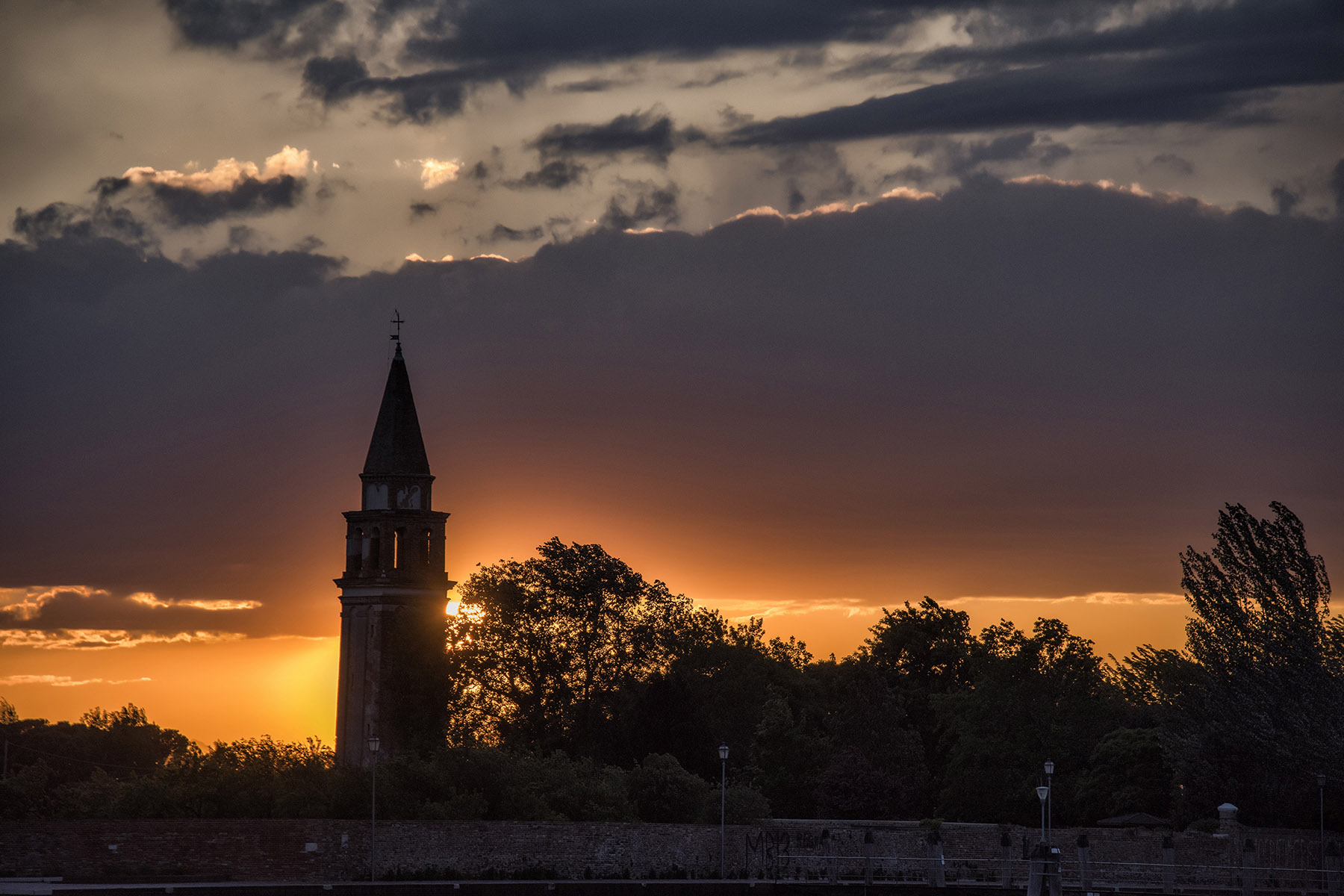 While waiting for the ferry, enjoyed a marvelous sunset behind the tower of San Michele Arcangelo on the adjacent isola Mazzorbo.

In the distance the jagged peaks of the Dolomite Mountain range as seen from the Vaporito stop.