From Venice, we travelled to Verona, a town seeped in romantic history and setting for three of Shakespeare’s plays. We were there for only a couple days, and one of those days we spent at Lago Garda, so just had a few hours to explore the historic central district. 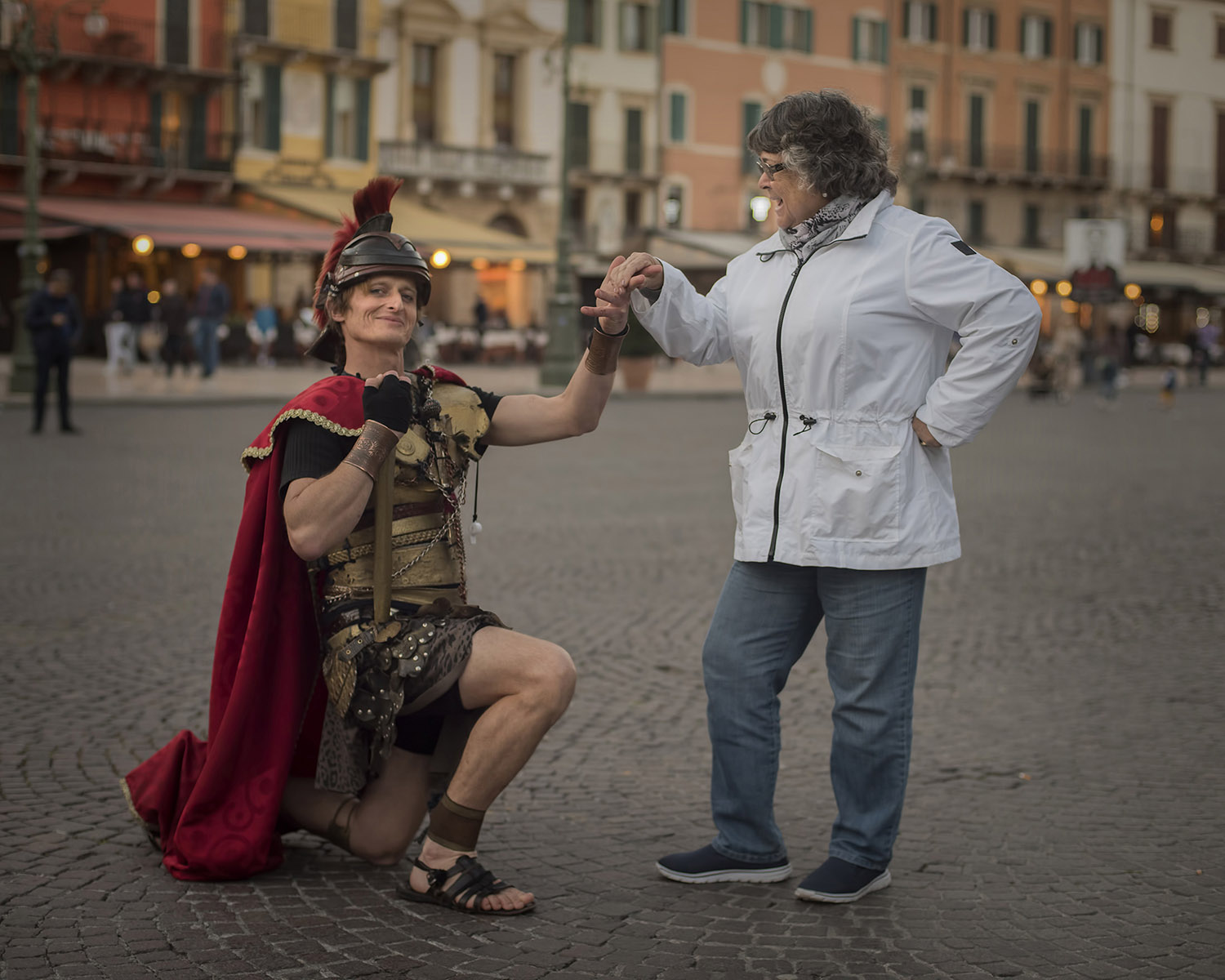 In the major tourist areas you’ll find local ‘actors’ who dress up as various historical characters. Shortly after arriving at Piazza Bra Grima was approached by this Roman Centurion. Skeptical of his intentions, he turned out to be a thoroughly delightful fellow and was as interested in getting his picture taken with her as we were of him, refusing our tip. 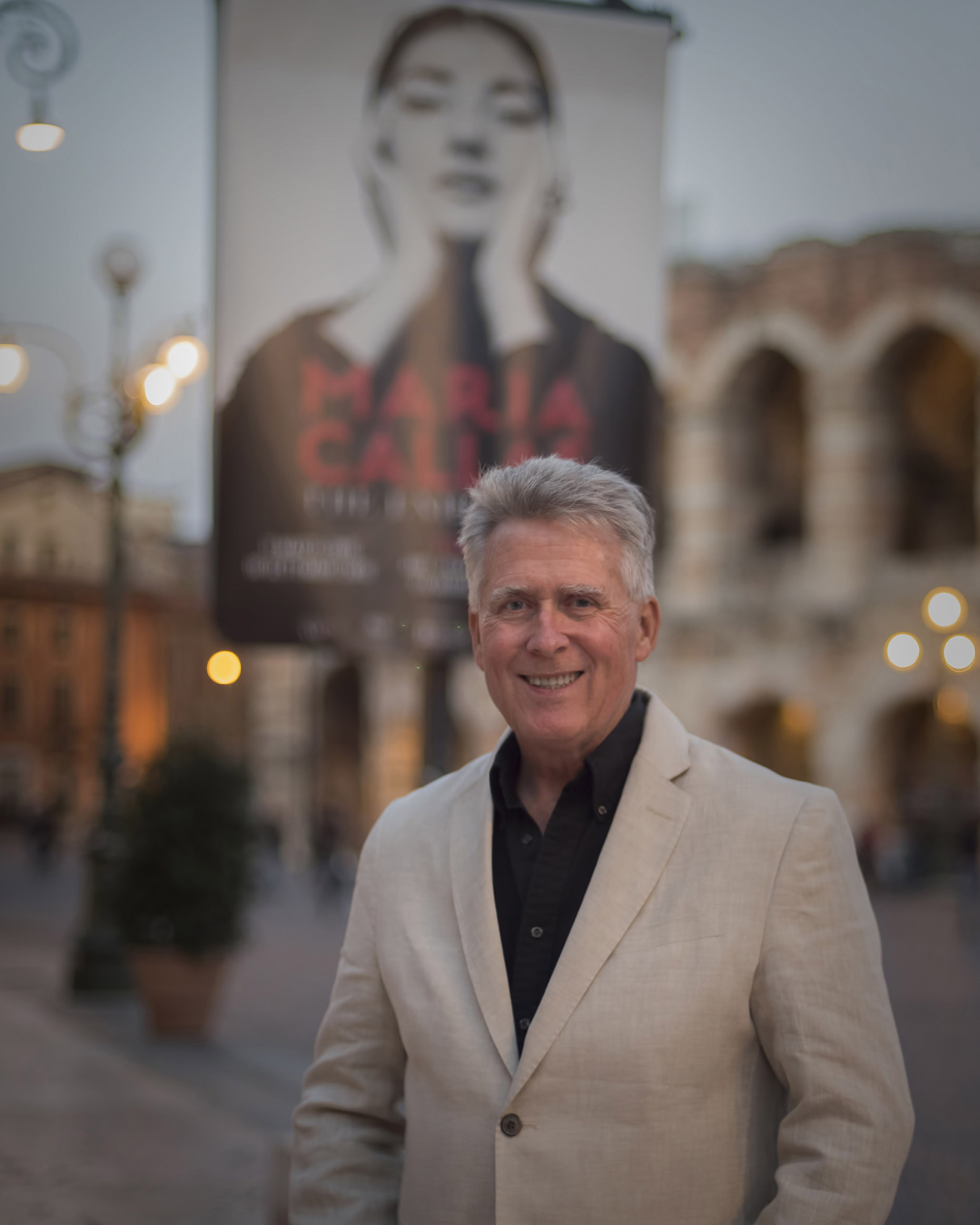 In Piazza Bra with the Arena di Verona in the background decided the poster of Maria Callas was an appropriate backdrop for a self portrait. 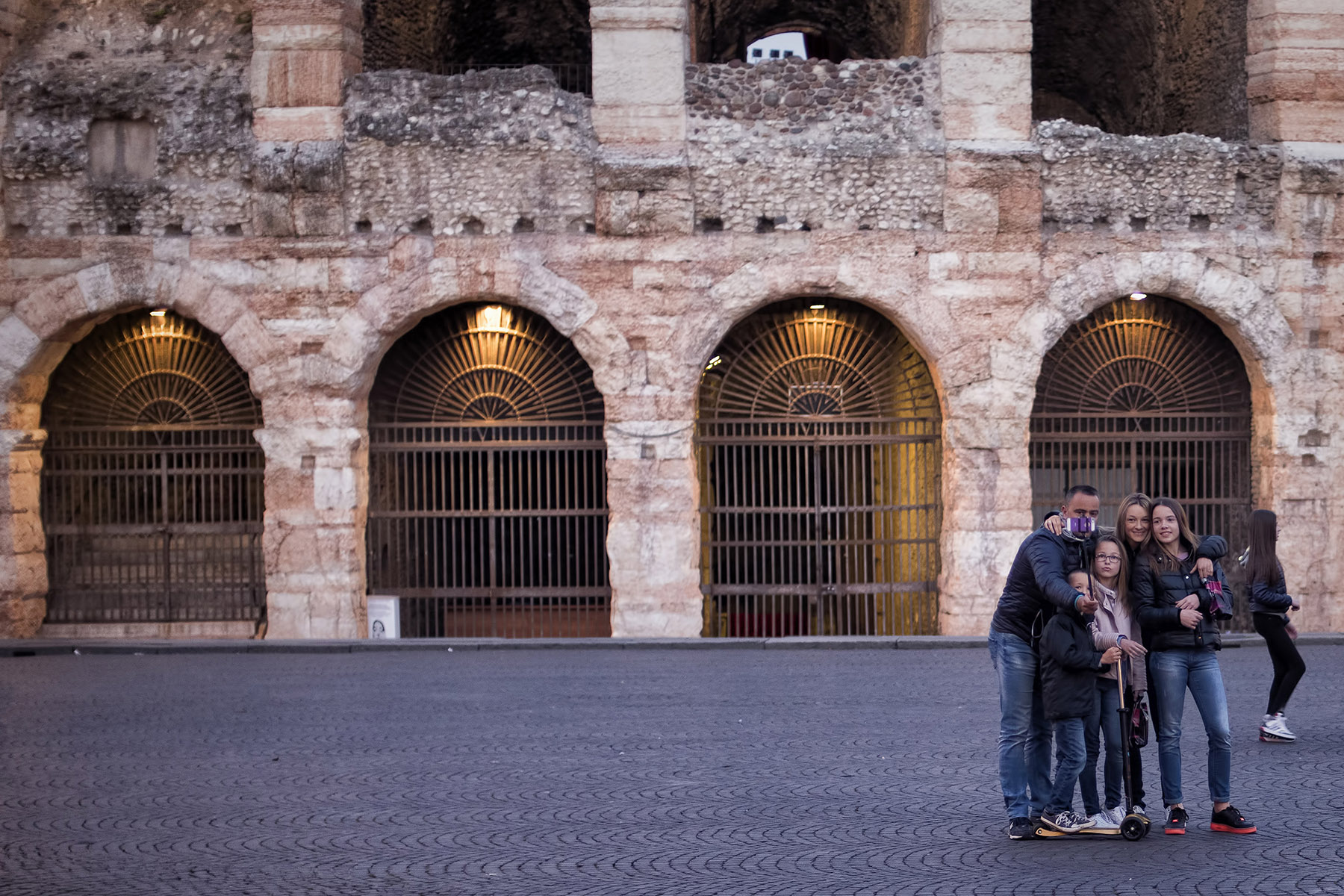 This Italian tourist family agreed that the Arena was the perfect selfie background. 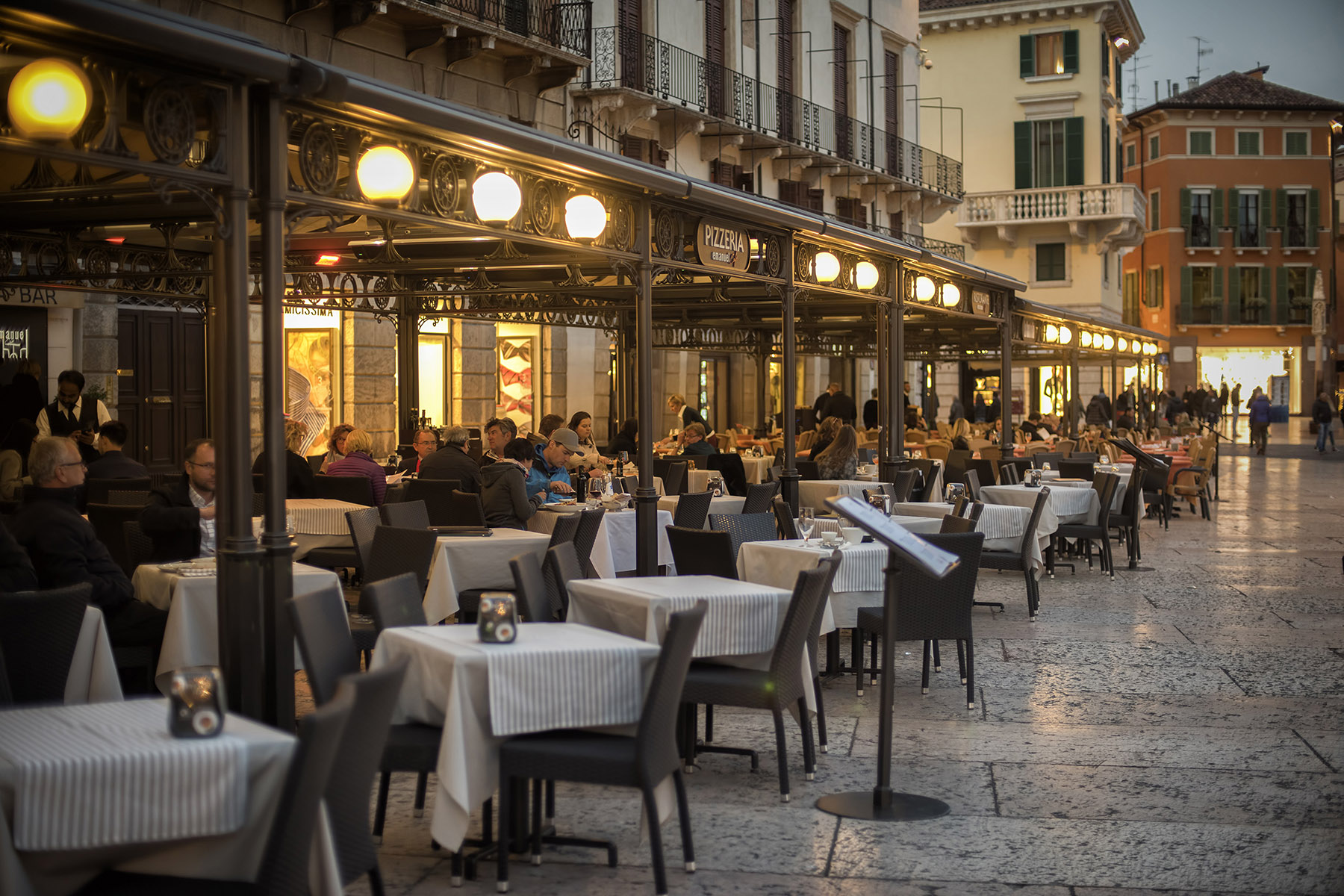 Ahhh! Enjoying dining on the Piazza Bra at Pizzeria Emanuel 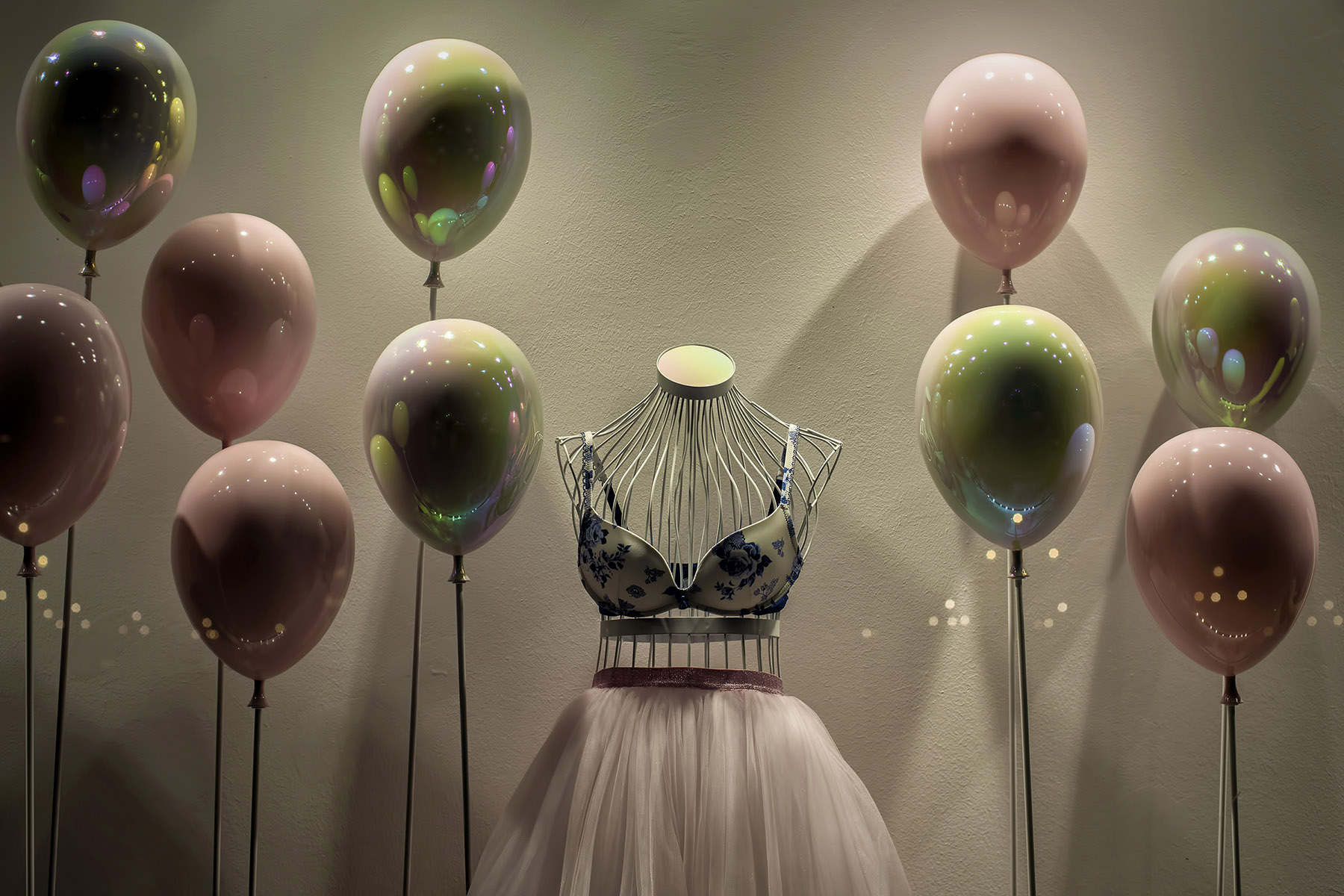 From Piazza Bra to Piazza Delle Erbe is the ‘Rodeo Drive’ of Verona, Via Giuseppe Mazzini, lined with upscale boutique stores, including this one with an imaginative window display of ‘balloons’ and fashion. 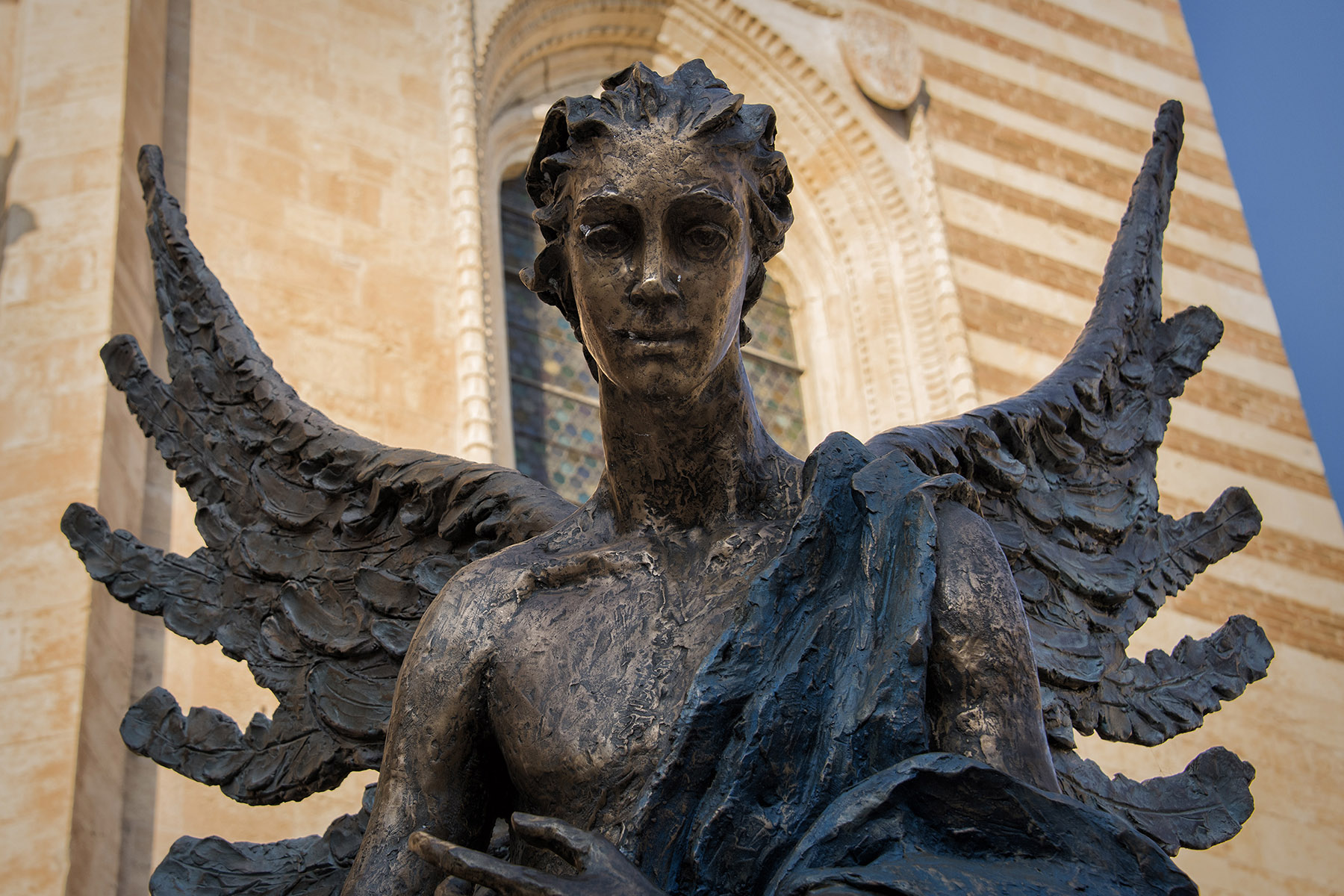 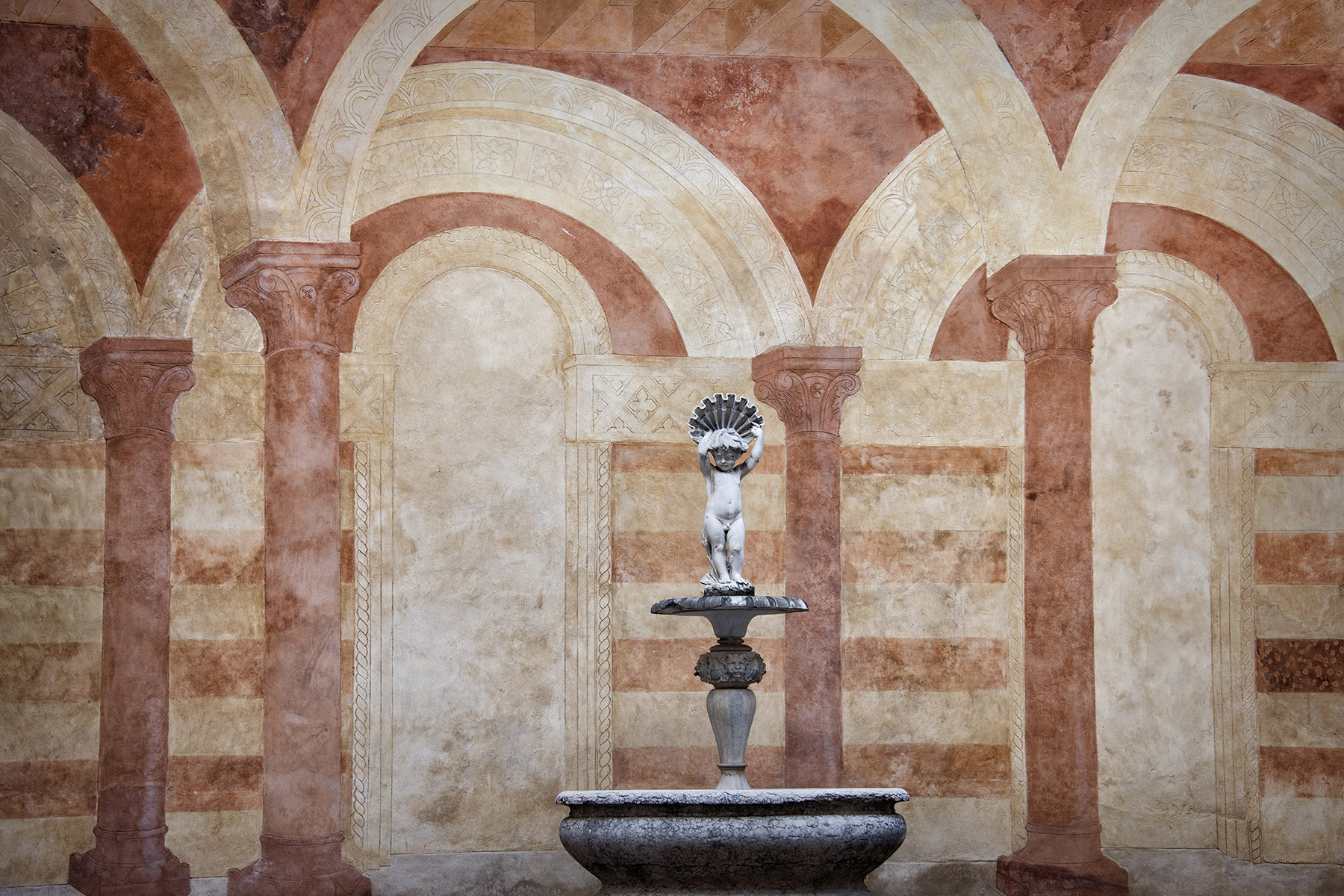 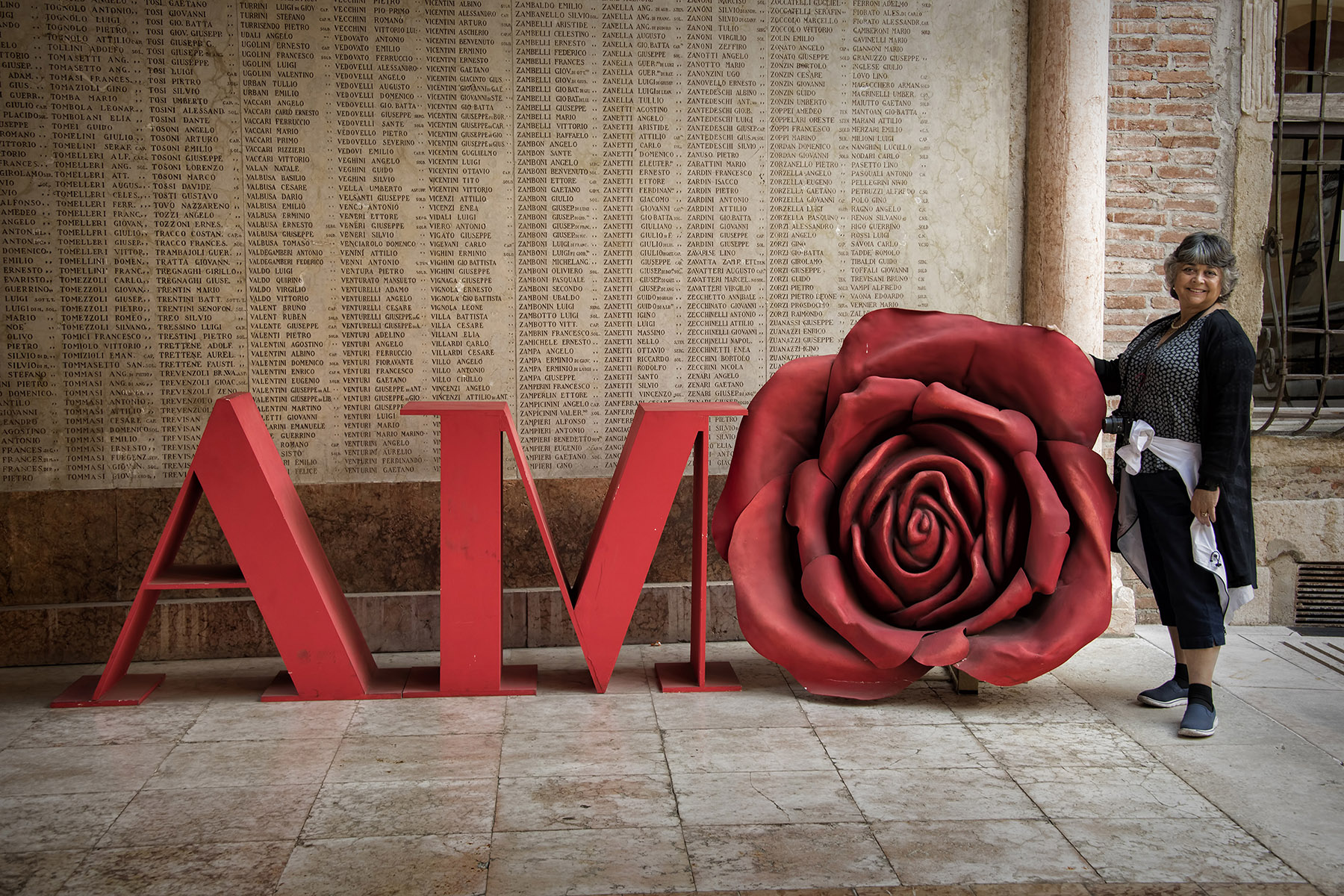 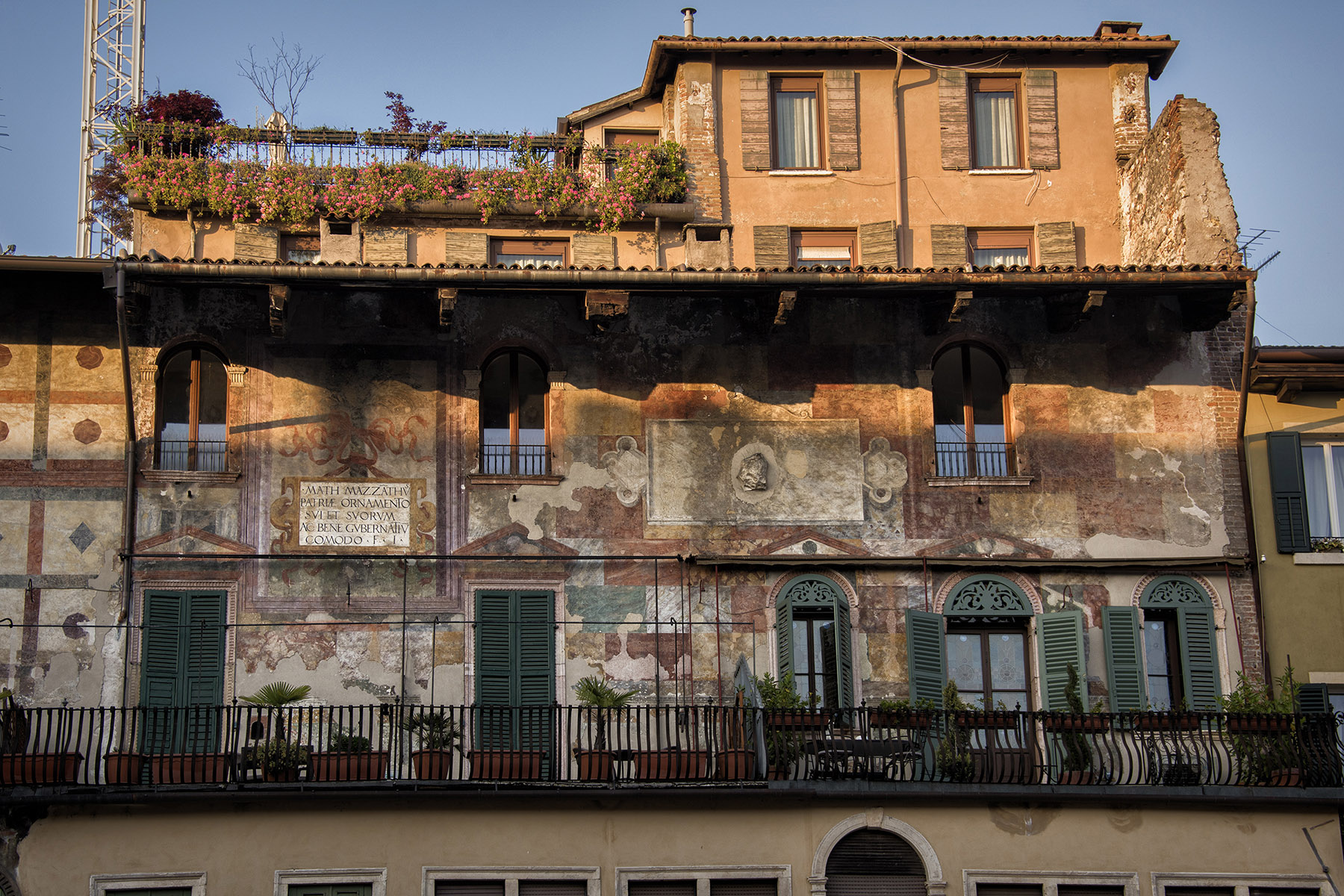 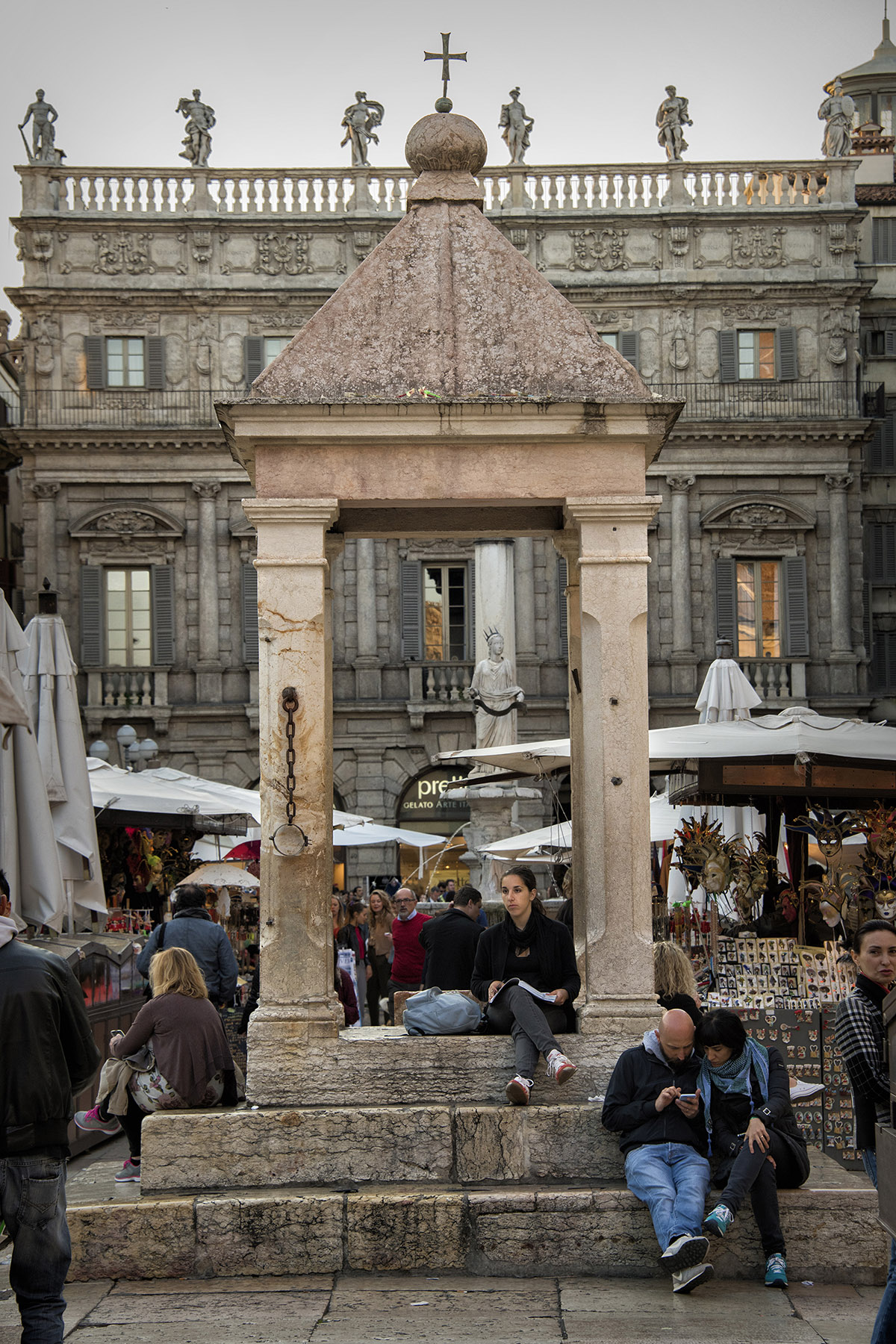 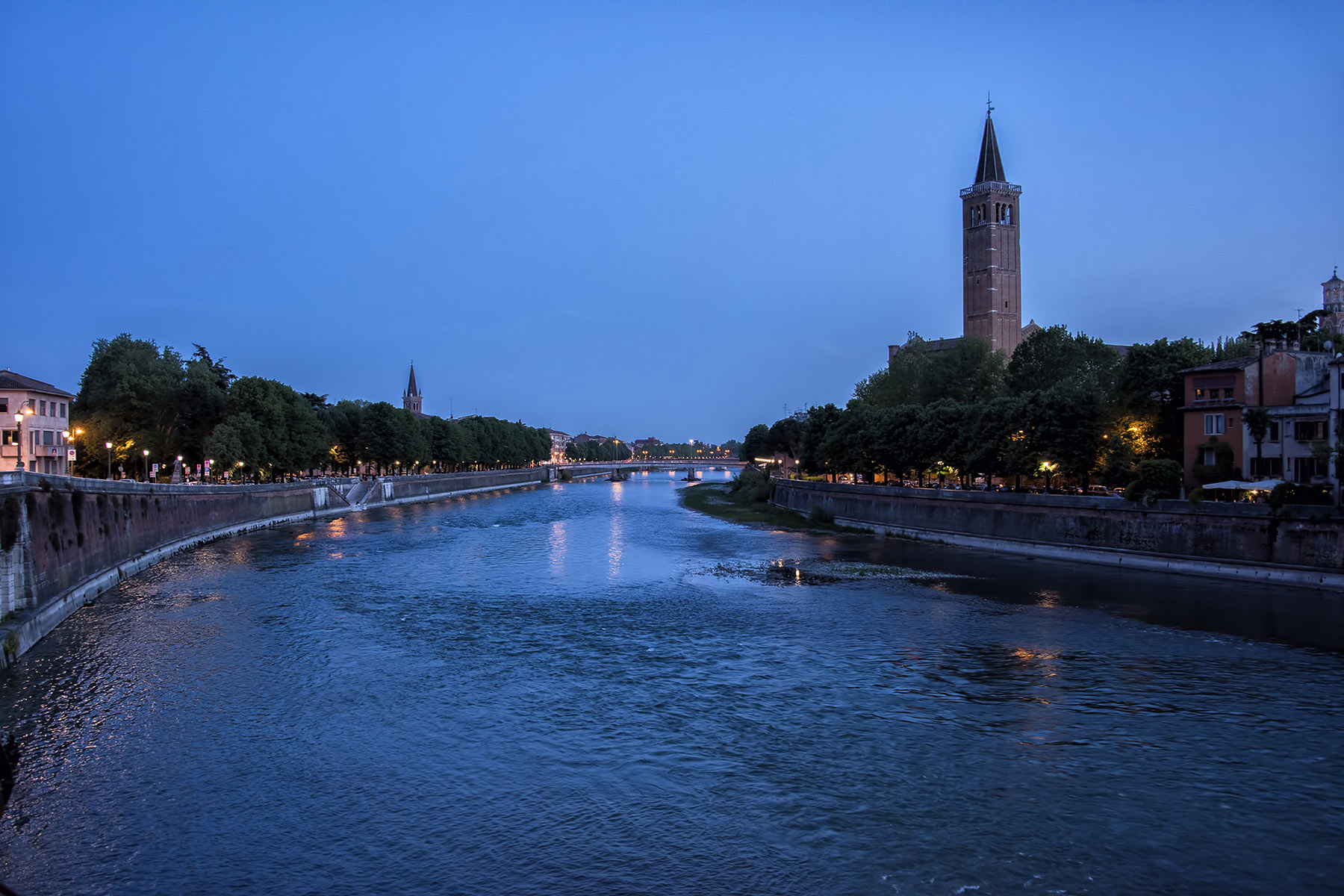 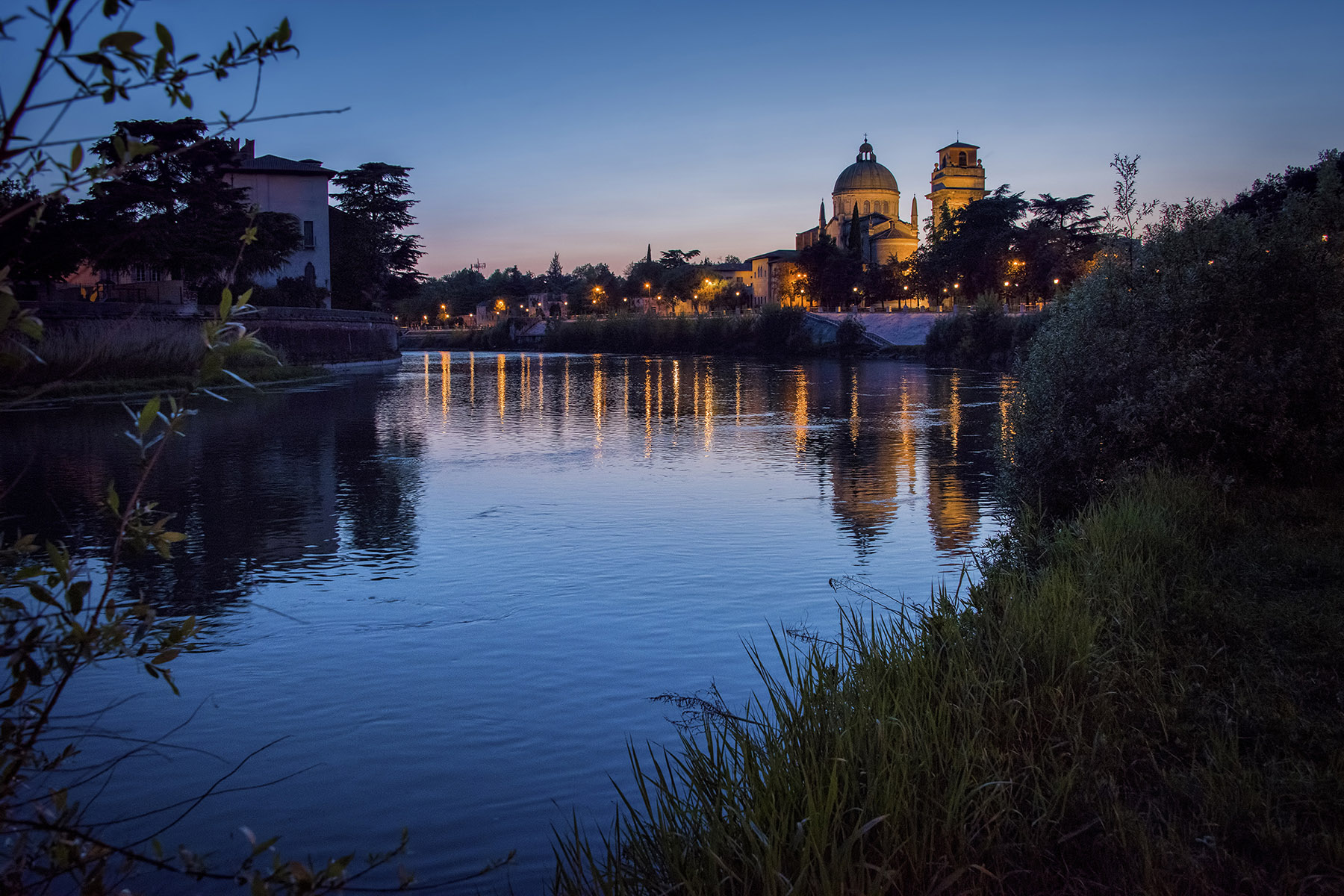