Finally on the Road – to New Orleans

We purchased our Winnebago Adventurer in October 2013 – thought we got a good deal, but, well, that’s another story. It spent the first year mostly in storage save for a couple ‘breaking in’ trips, one to Jackson, CA, and the other to San Luis Obispo.

When we finally retired and rented the house, we drove the ‘bagel bagel’ (as our friend Kim baptized it) directly to Texas, a marathon 7 day trip, with a stopover in L.A. to spend Thanksgiving with our son, Jeric. From there we hopped a plane to Chile, returning 3 months later. As I mentioned in a previous post, we stayed with Michelle and Andrew for a few weeks waiting for repairs. So, on April 8th, 2015 finally departed on our full-time RV adventure. First stop, New Orleans. 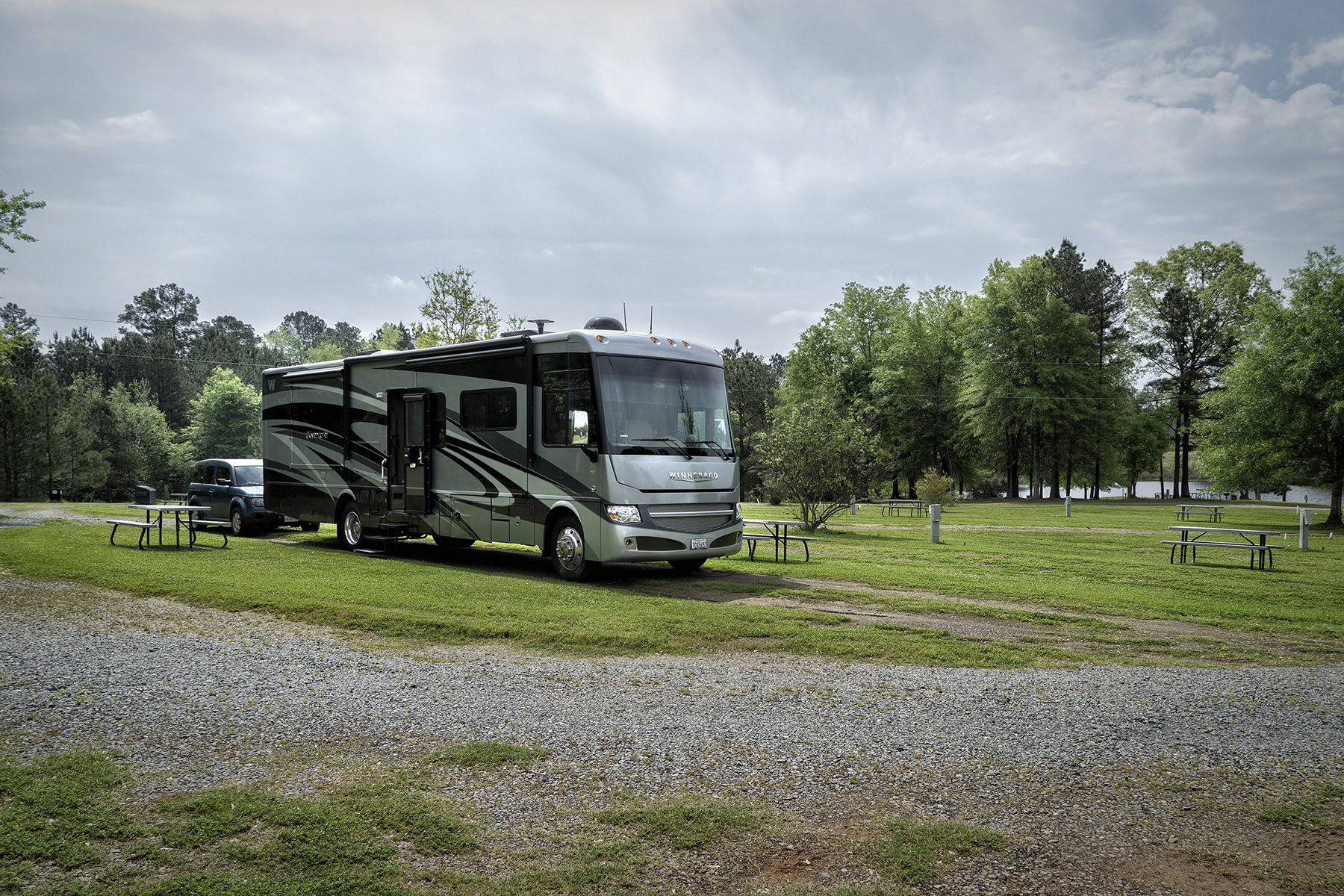 But our real first stop was the Ajax Country Livin RV Park, just North of Natchitoches, LA. We’re the only ones in the park. So far, so good. We were getting the RV set up but having some slide-out issues. Had the RV running and the lights on, went outside to check, and the door closes… and locks. And the keys are inside, of course, because the engine is running. Both of us are outside. So, first lesson in RV travel – never go out without you keys. Tried getting a locksmith – found one who wanted a couple hundred bucks for showing up, then fortunately remembered we had roadside assistance, so called Good Sam, holed up in the campground restroom to ward off the mosquitoes, and waited. Another RV showed up and, wonderful folks that most RV’ers are, invited us in and insisted we have dinner with them. Great folks and one of our first impressions of how this full-time RV’ing might work. About an hour later the locksmith pulls up, and after about 20 minutes gets the door unlocked. So our baptism by fire was over and we could finally get to bed, ready to take off the next morning. 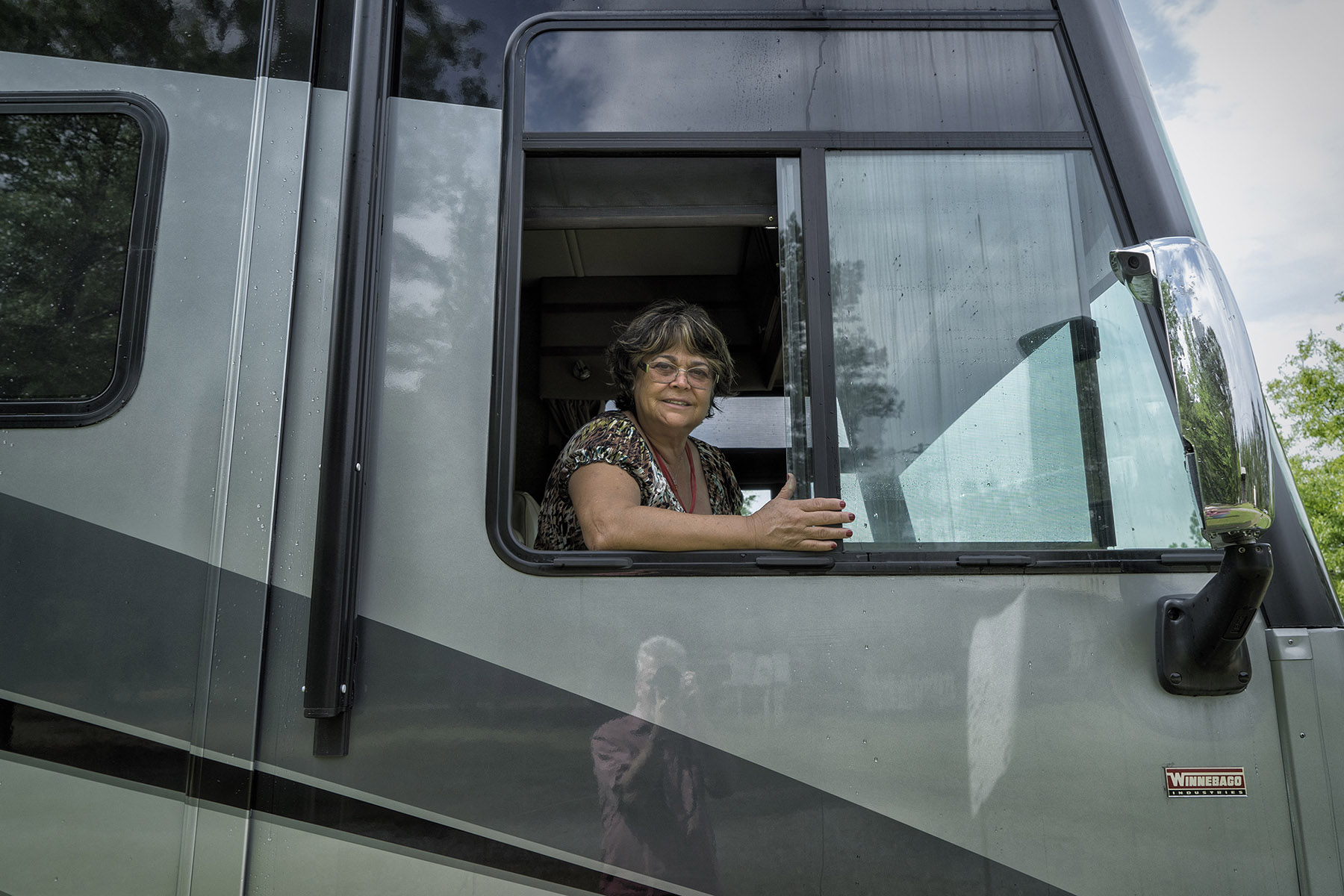 That weekend in New Orleans was a music festival downtown in the French Quarter – not the larger Jazz festival that would be there in a couple weeks, but a more modest, local affair, so we went down. Got rained on somewhat, but were able to wander around the Quarter a little and catch some of the ambiance, although mostly crowded with tourists for the festival. 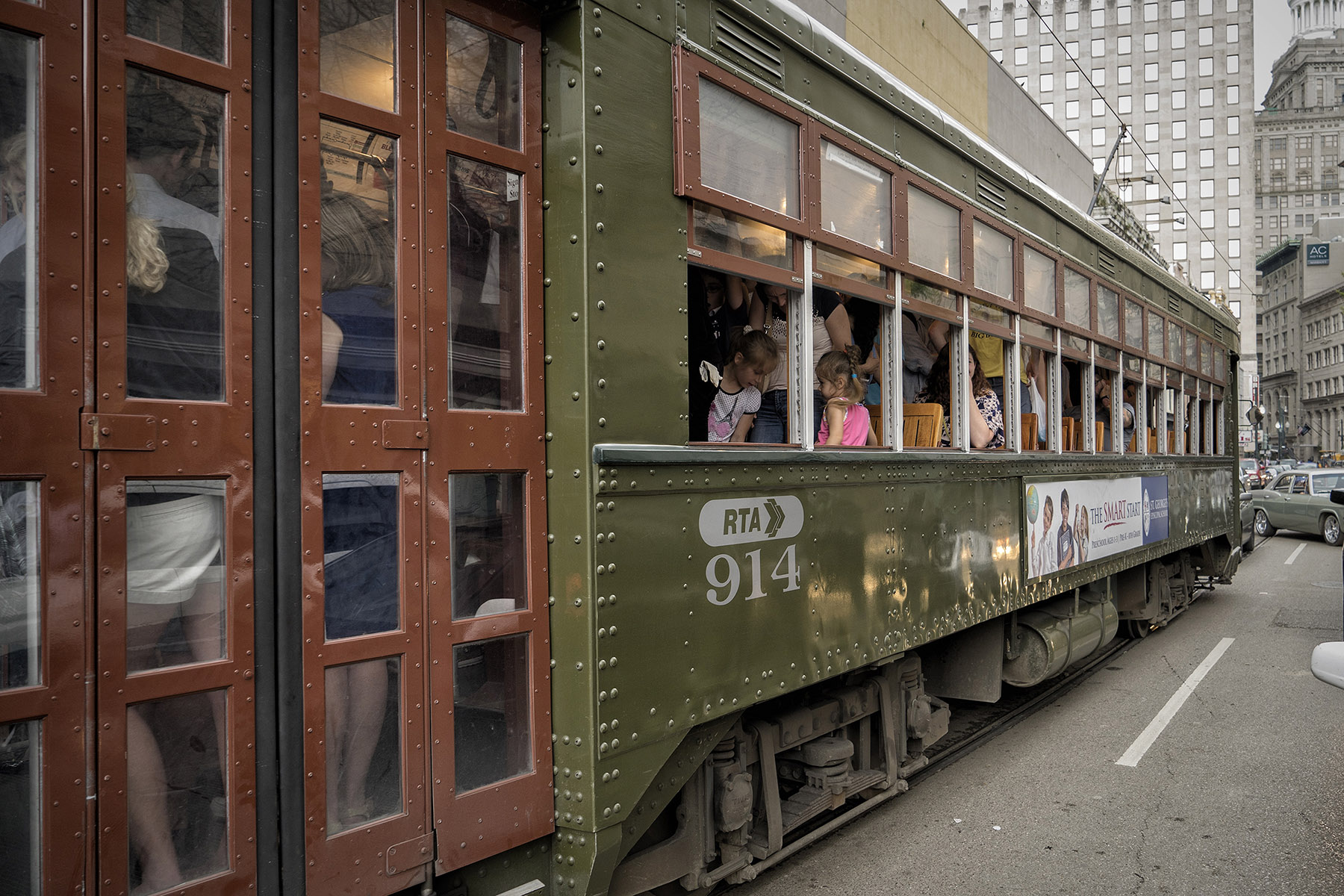 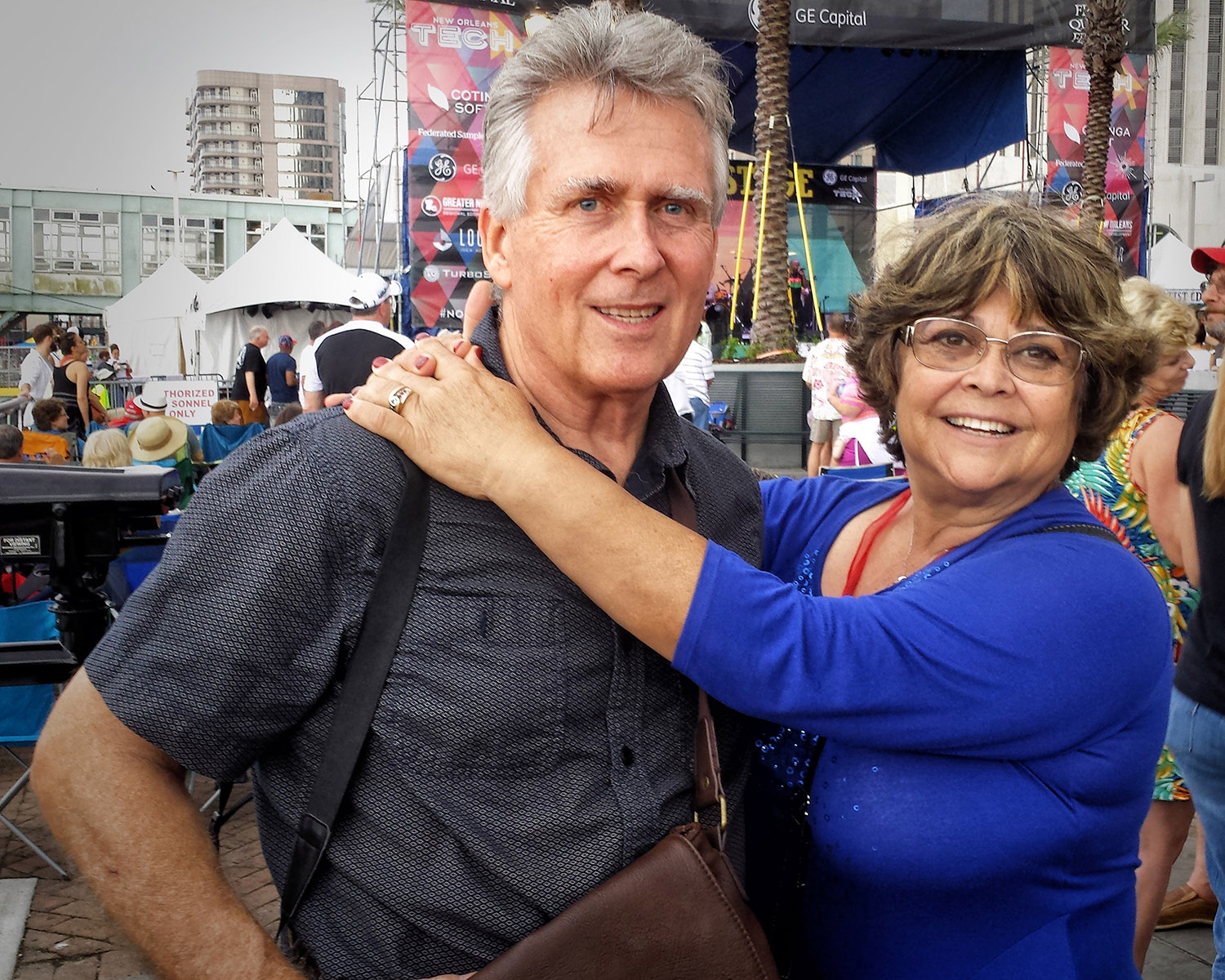 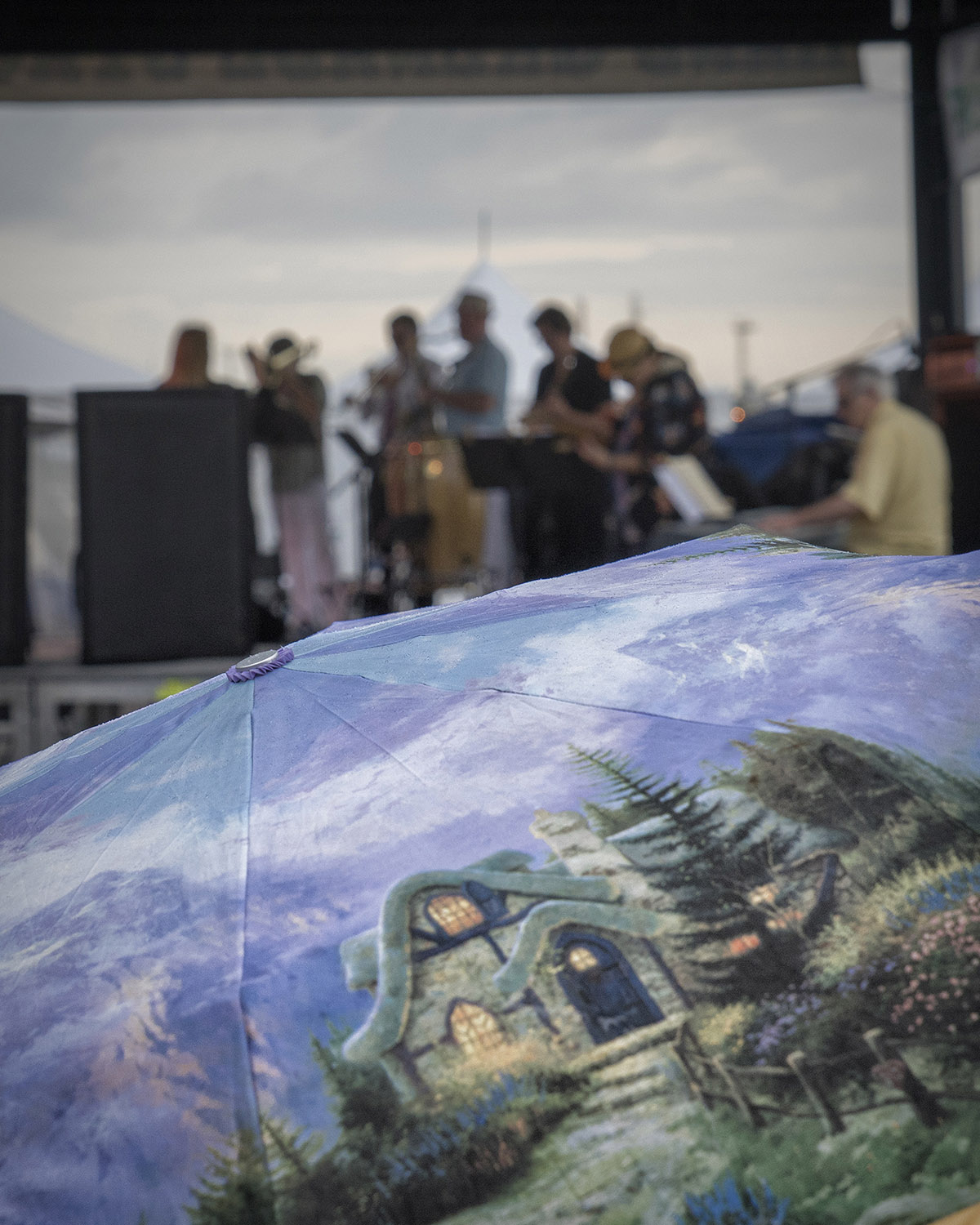 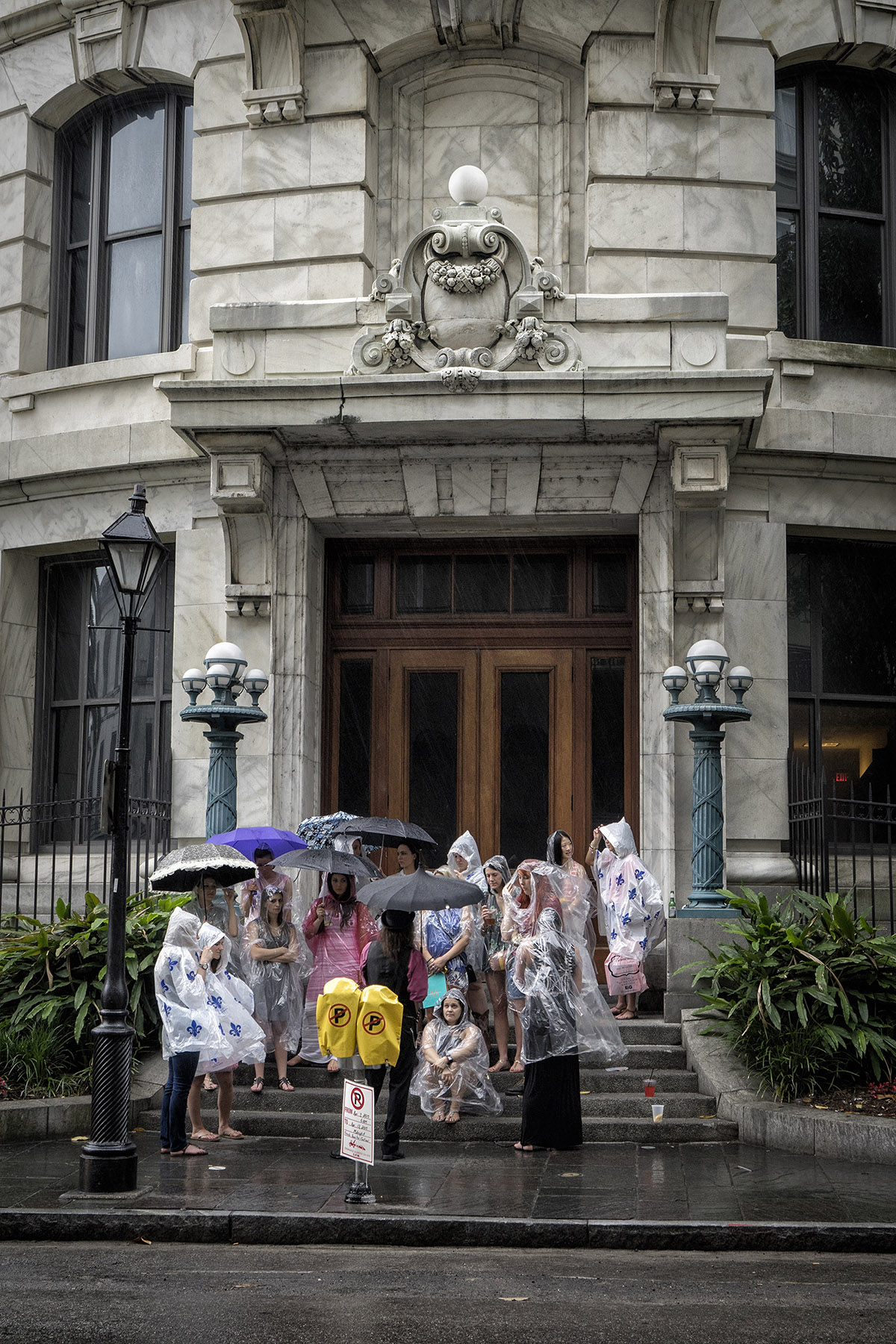 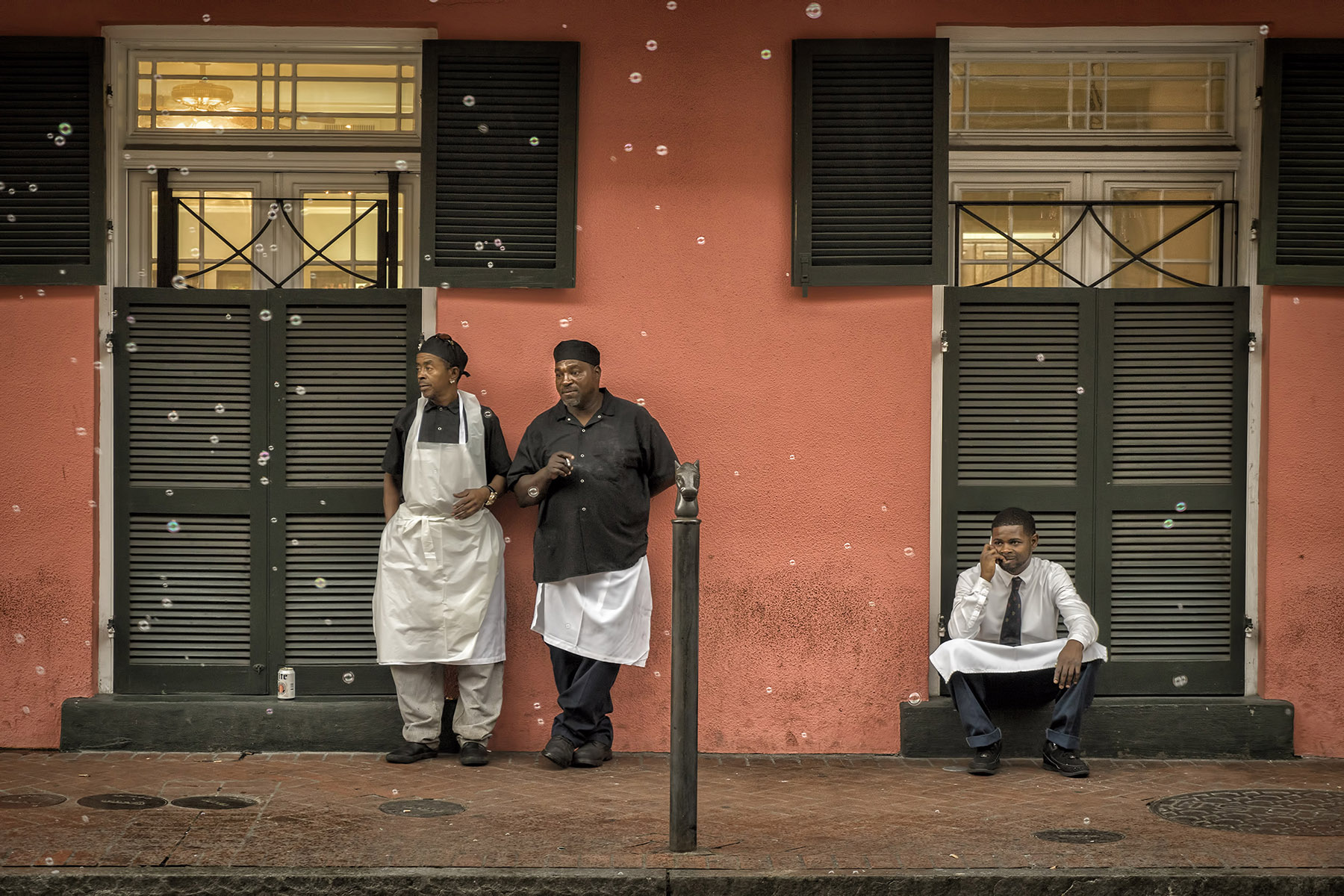 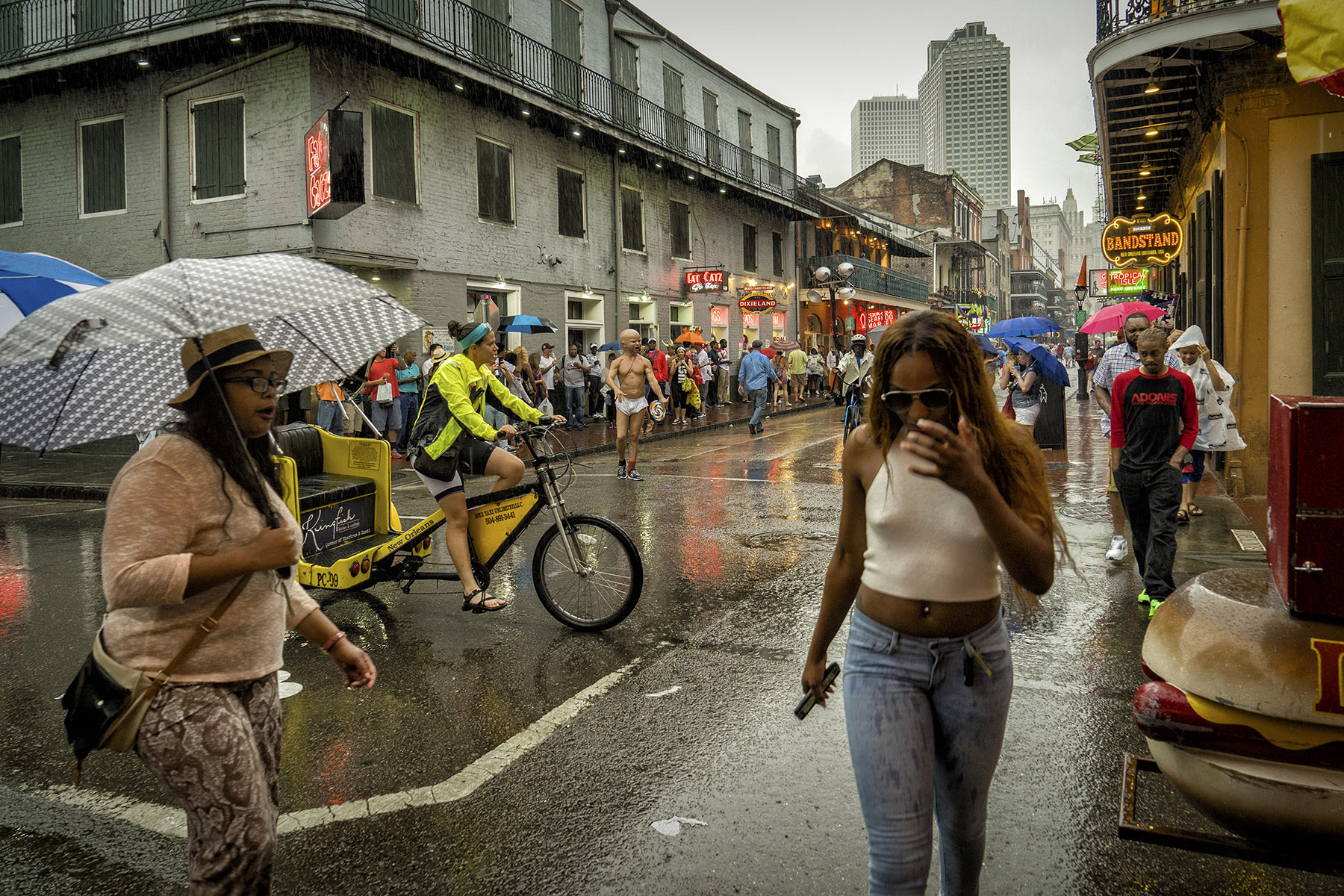 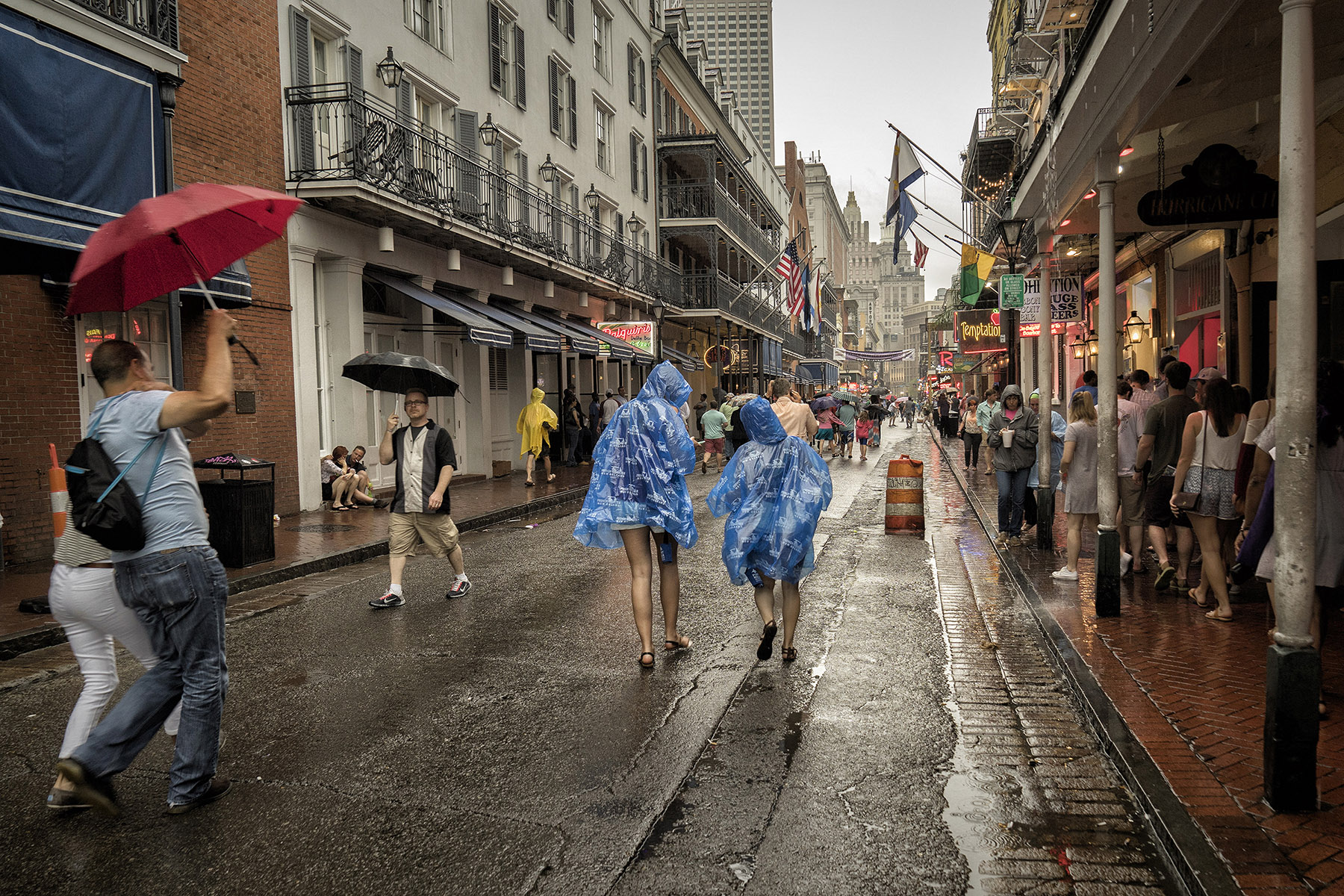 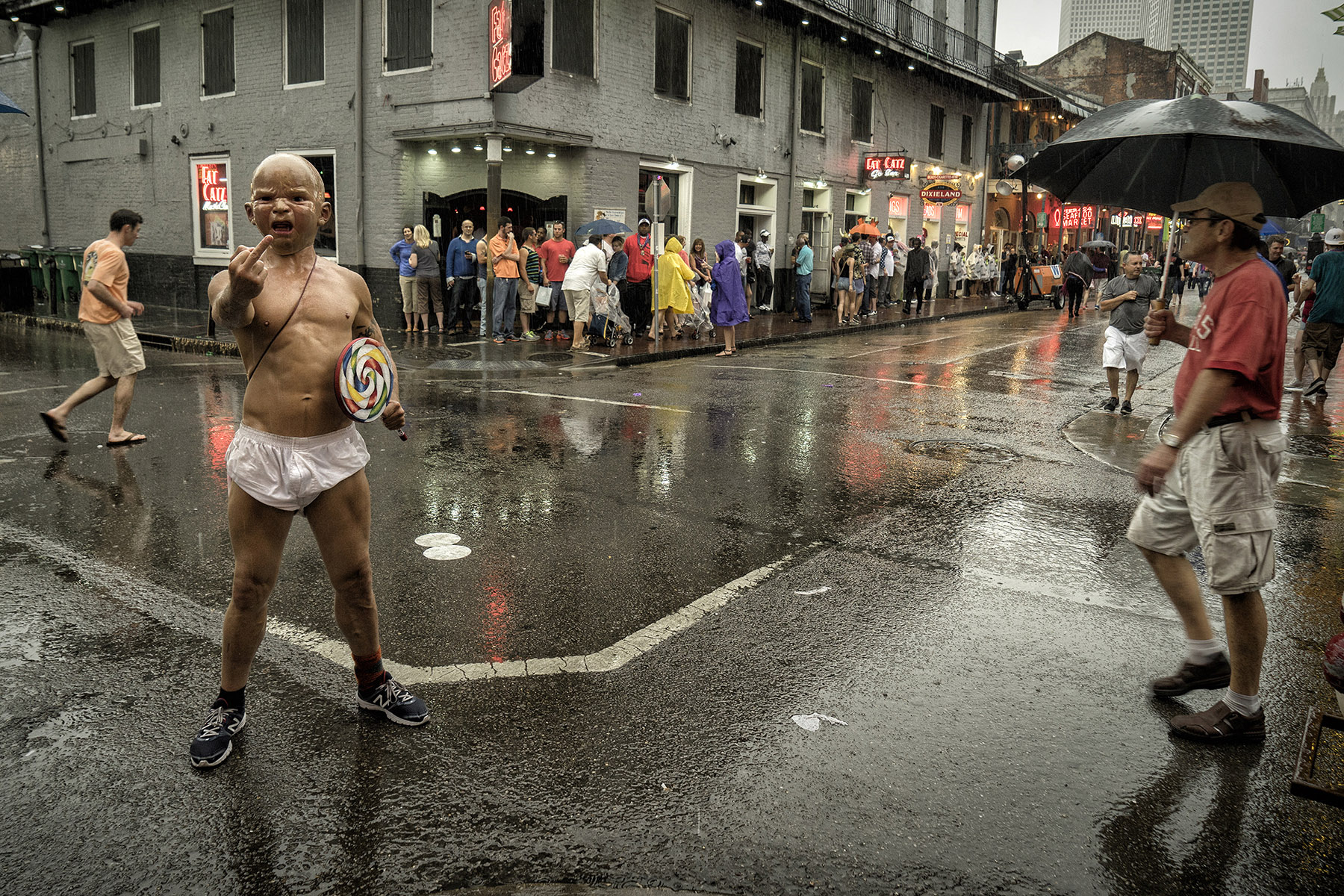 Did run into this fellow in diapers having fun flipping off the crowd. At first did a little double take before realizing he had a full head mask on. Not sure if he was making any money with his act, but fun to photograph. 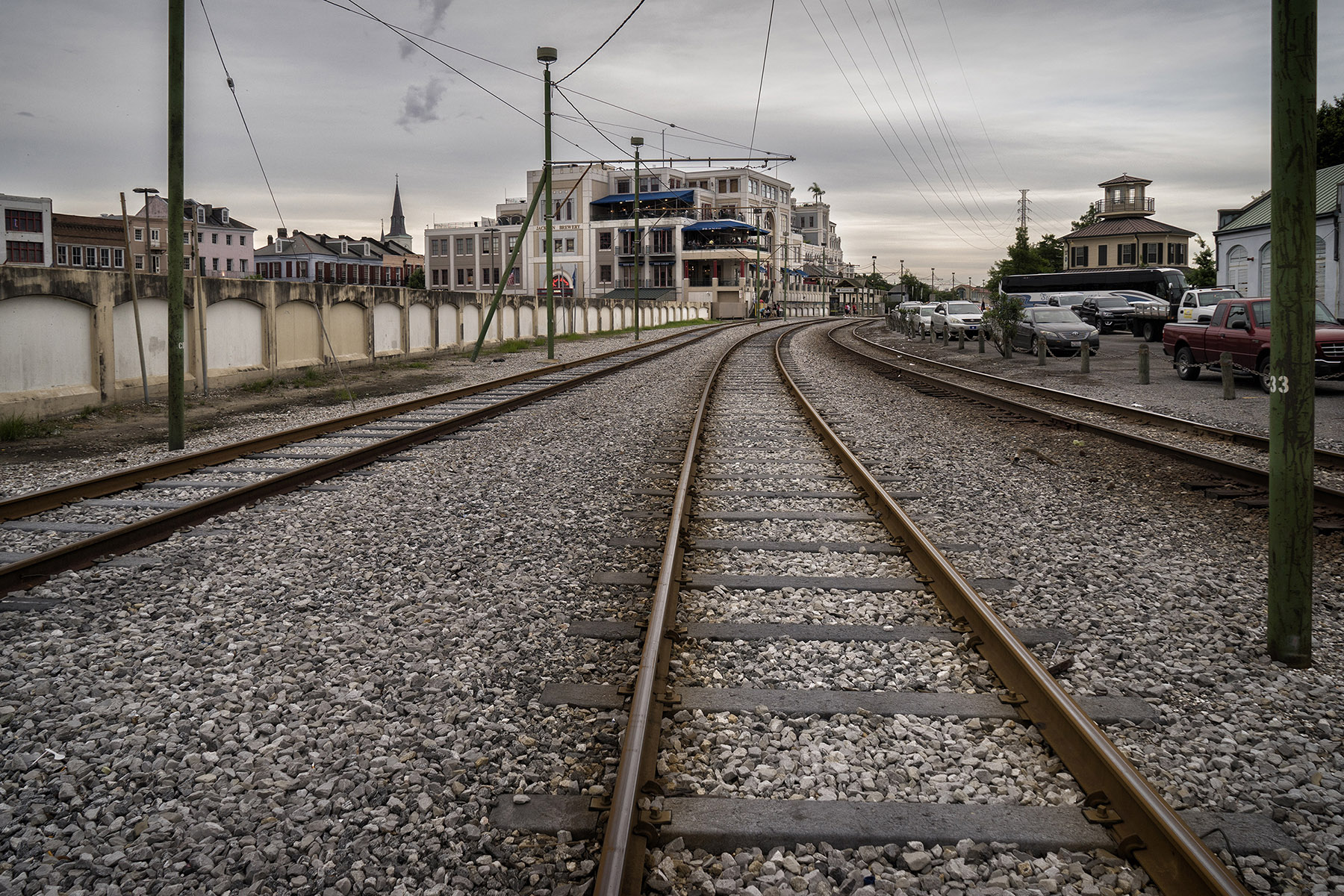 Crossing the tracks from the French Quarter to Woldenberg Park 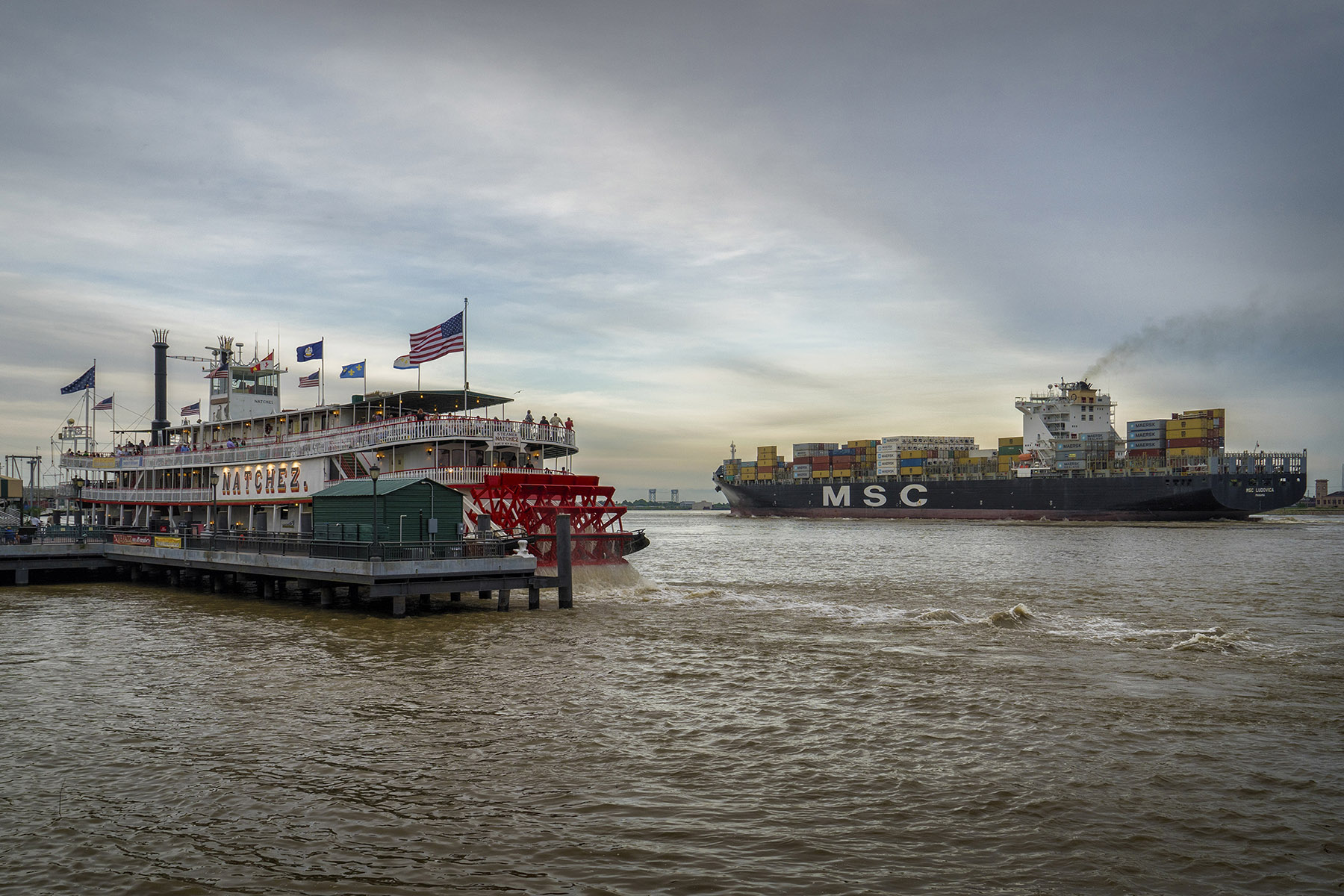 And, of course, the traditional paddle wheel on the Mississippi, departing from the docks at the Spanish Plaza 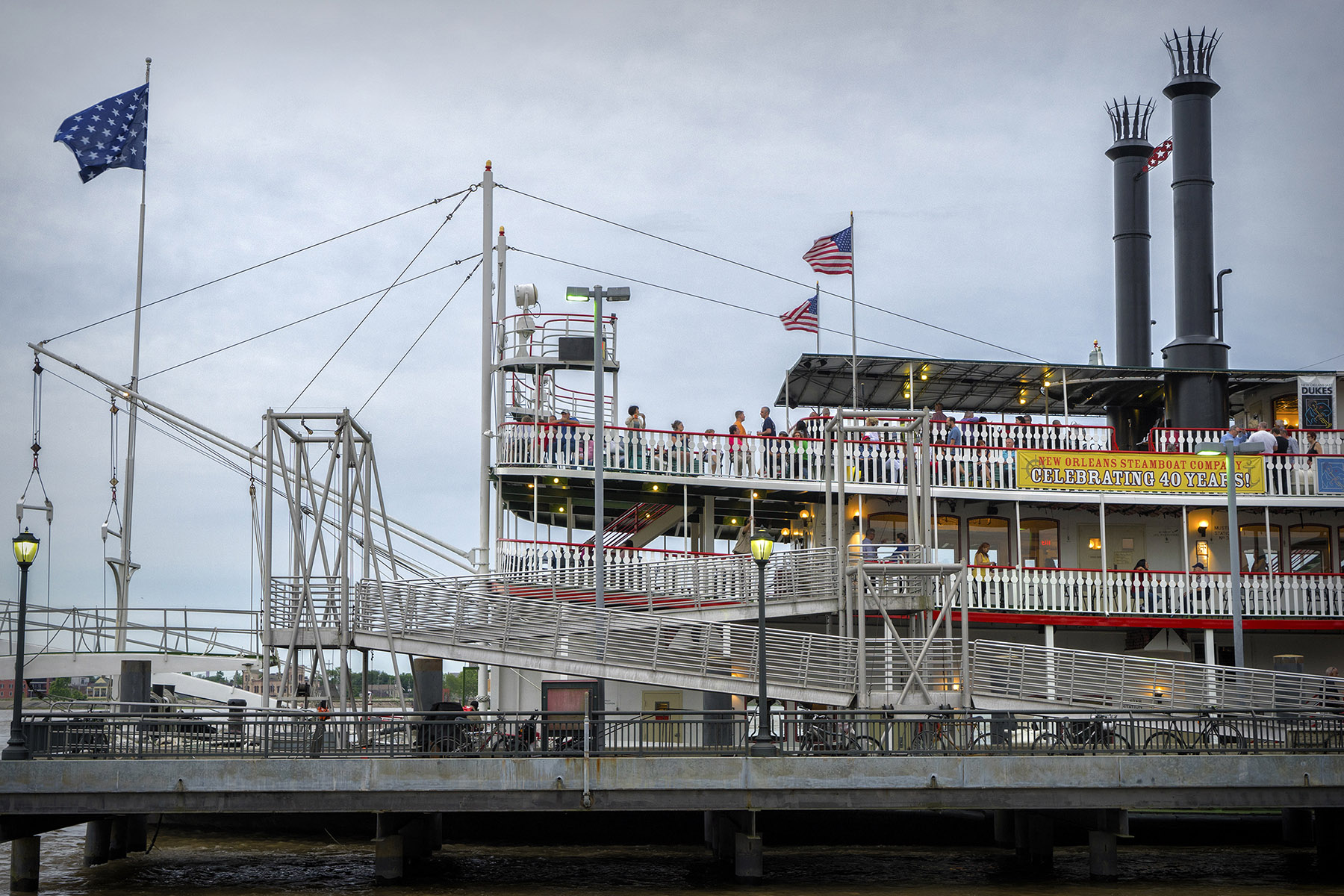 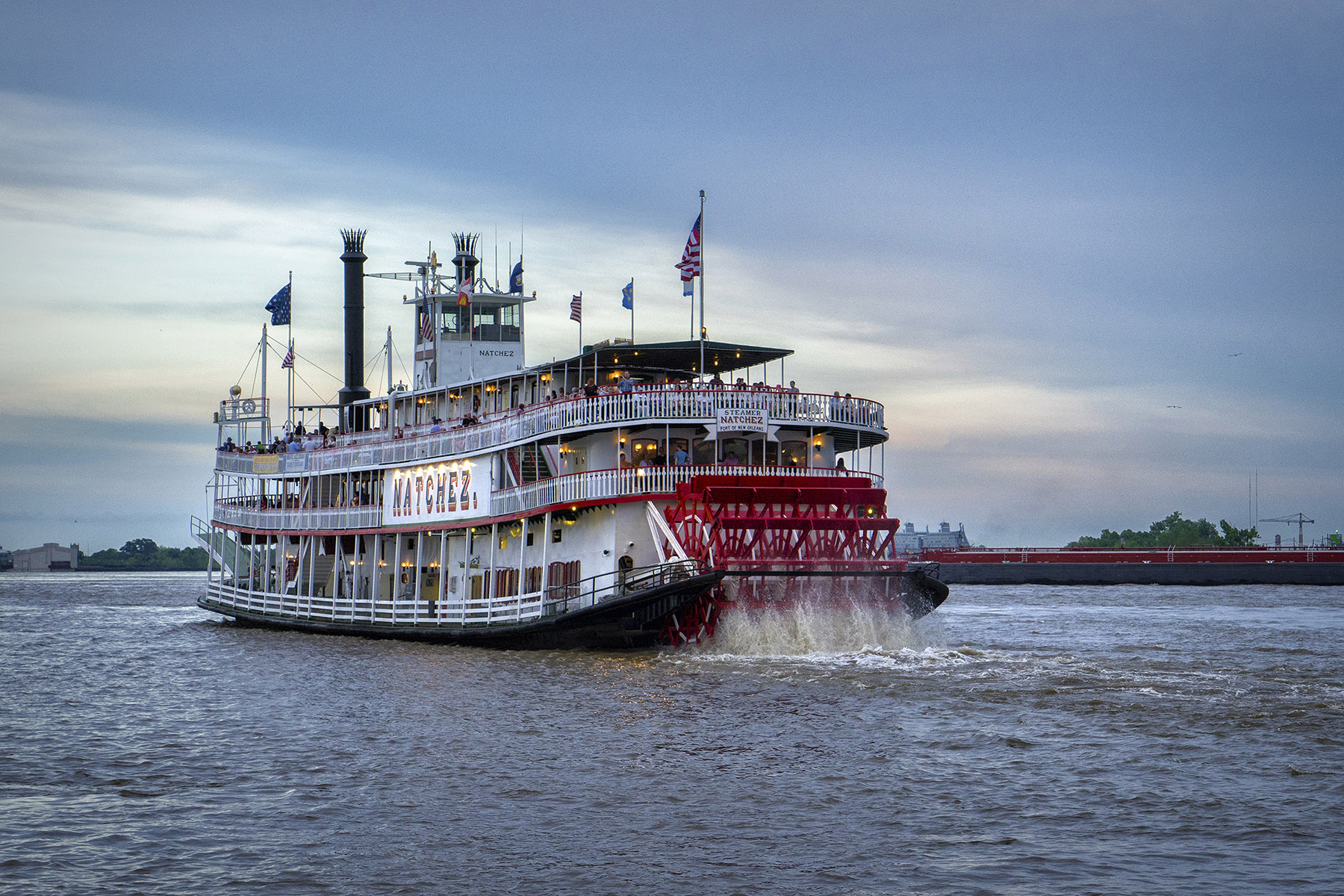