From Verona, we drove a short 100 kilometers to Modena, Italy to stay a couple days with a friend and her son from Grima’s school days in Chile. It was a treat for Grima to meet Mara after more than 40 years and get to know her son, Dany, who showed us around Modena.

One nice thing about having a car in Italy rather than taking trains or busses, is that we can choose to serendipitously travel and stop in places one normally wouldn’t see. Such was this yellow silo type structure in a field of yellow. 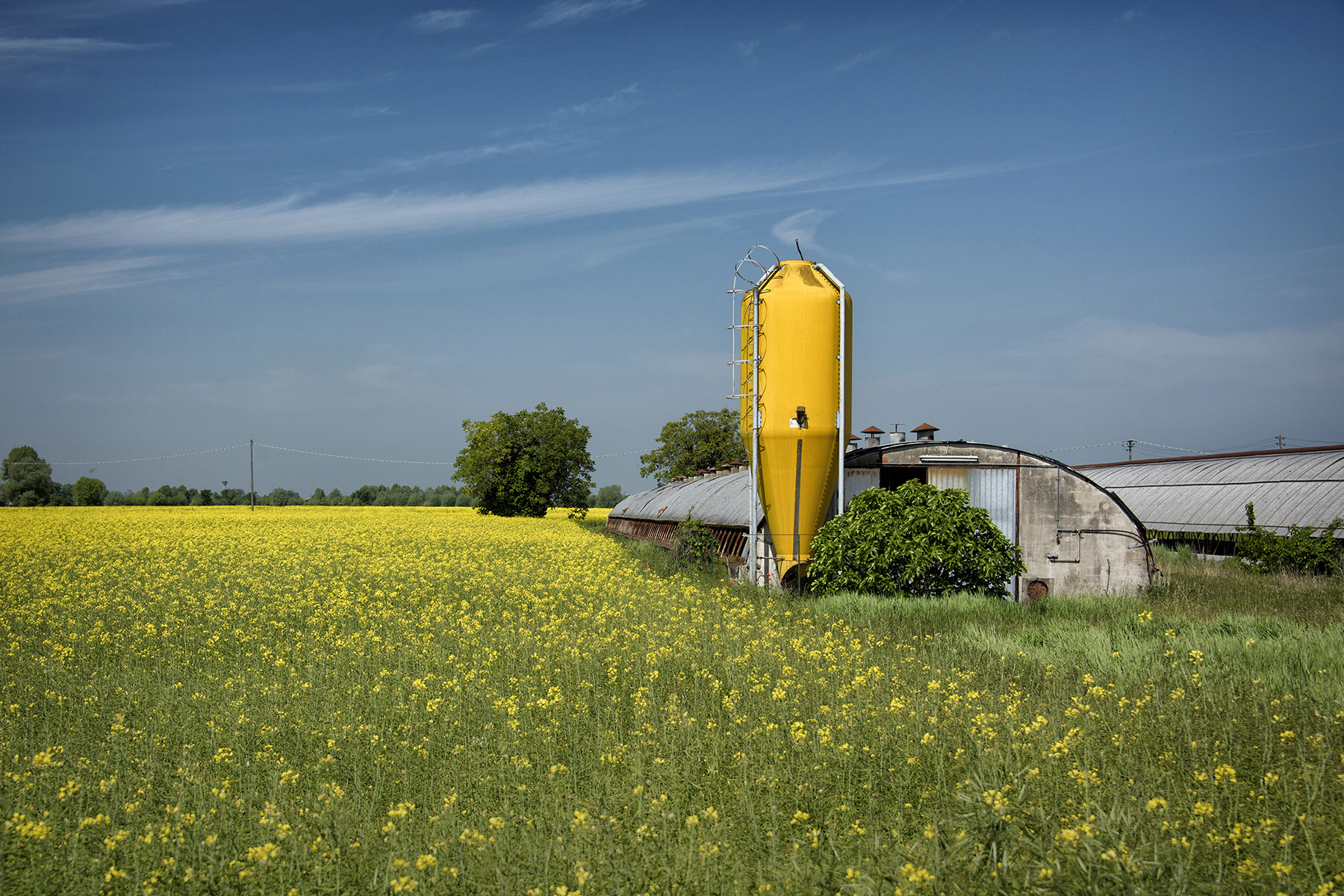 Mara, Dany and Grima on a chilly night in Modena

Modena is called the Italian Motor Valley, serving as the home for factories and headquarters of Lamborghini, Ferrari, Pagani, Maserati and De Tomaso. We passed by the Maserati factory. 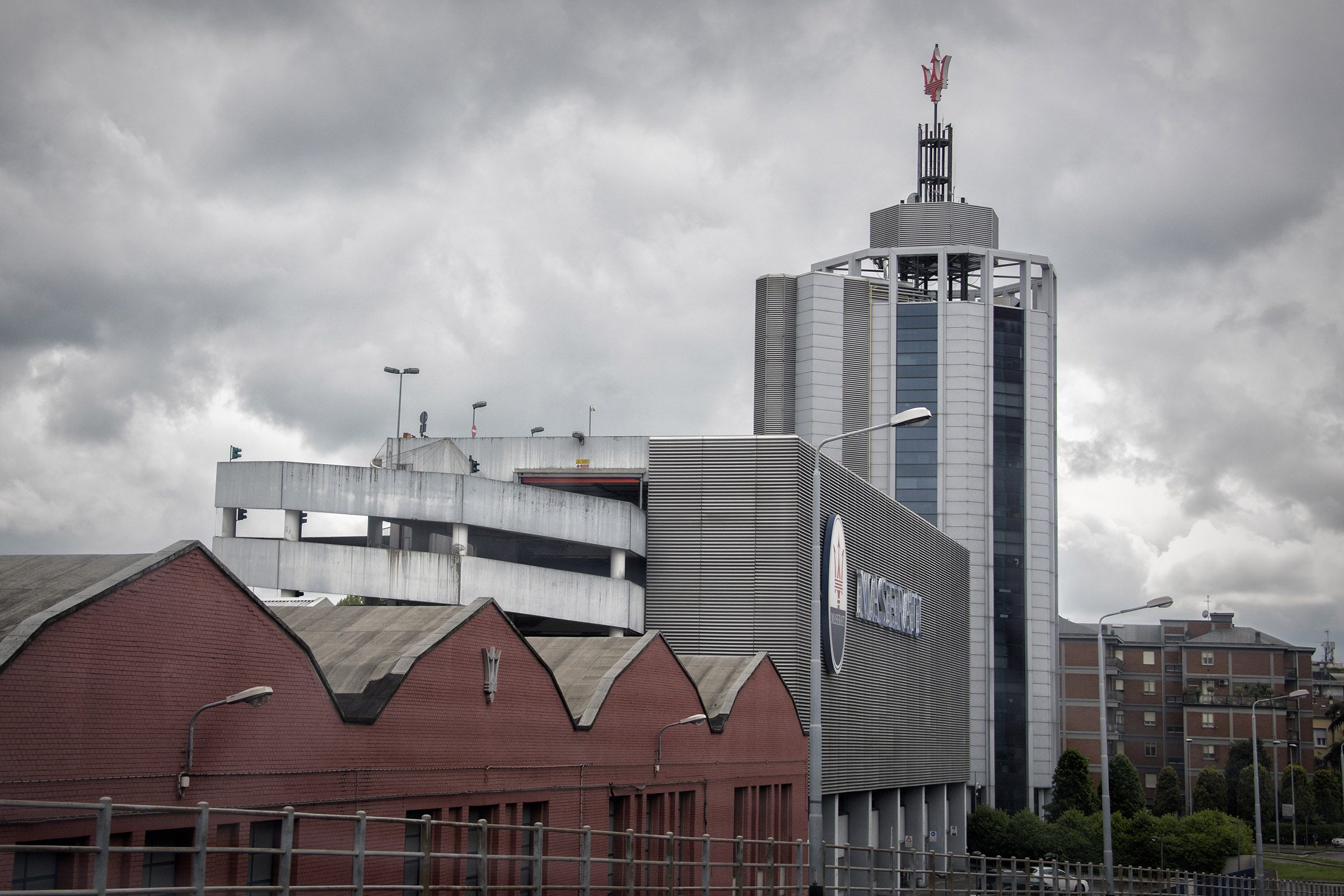 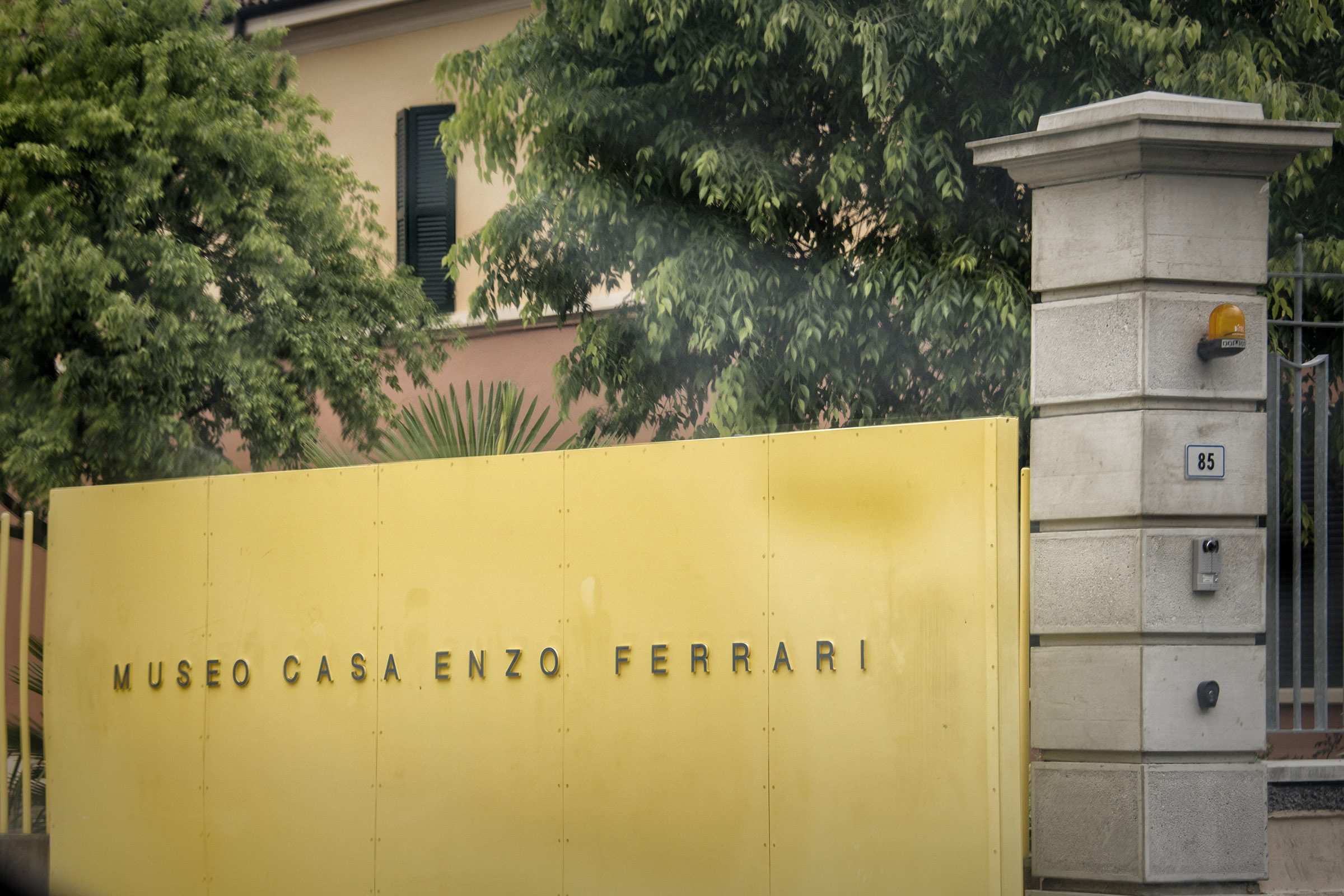 And the local Ferrari showroom 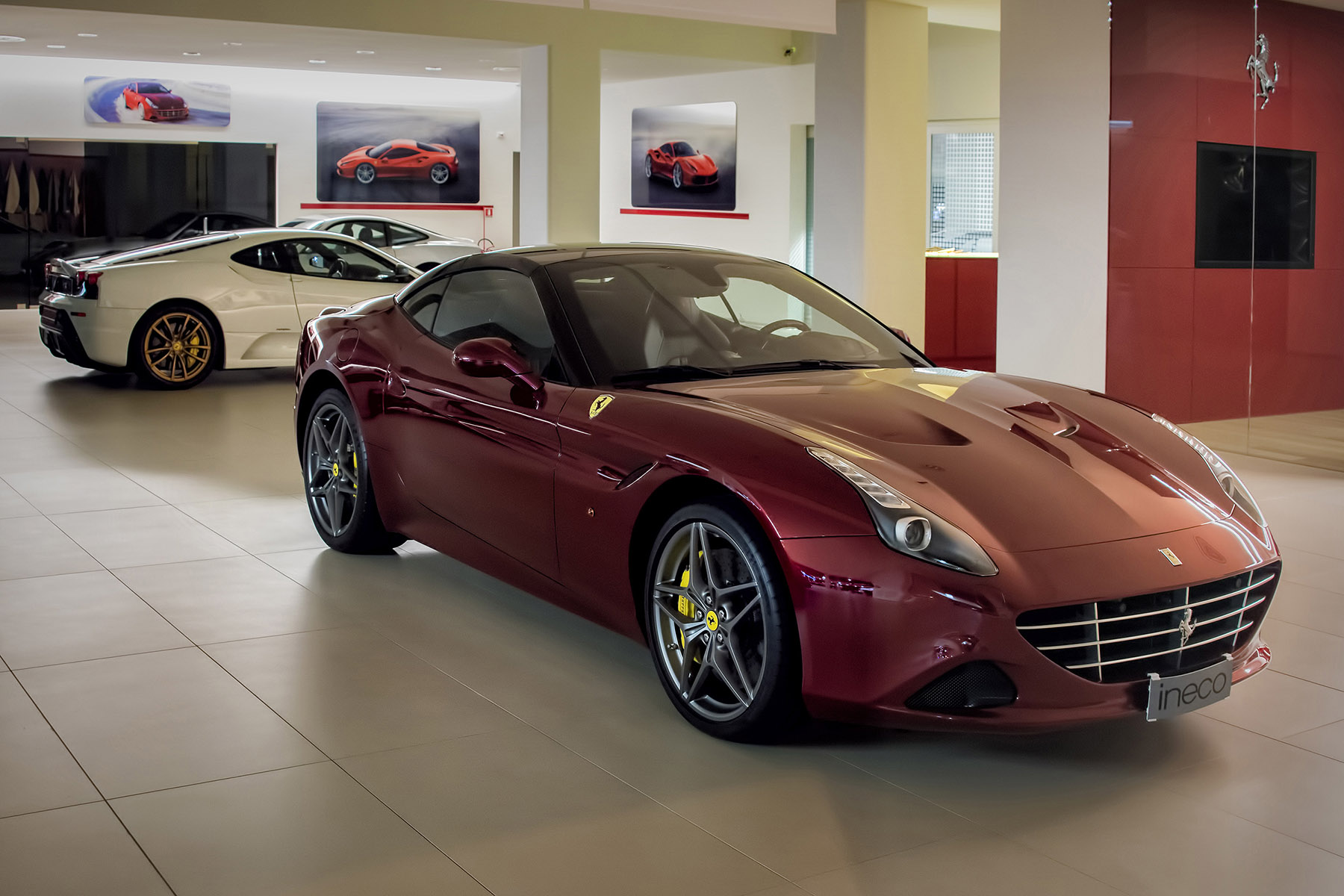 Fascinated with the overhead electric bus lines at this downtown intersection 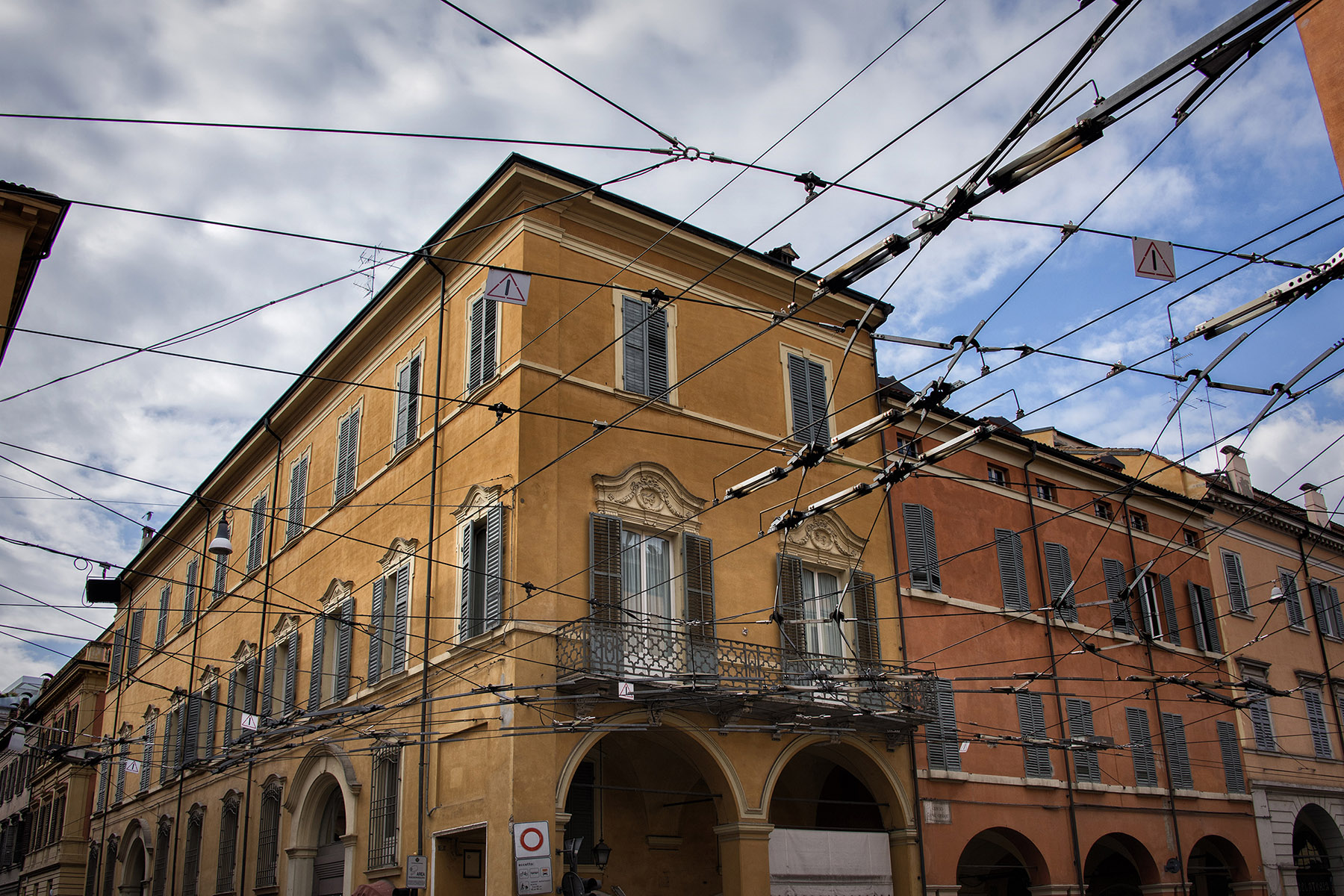 Shoppers and strollers along Via Emilia, corner of Corso Canalgrande in old downtown Modena 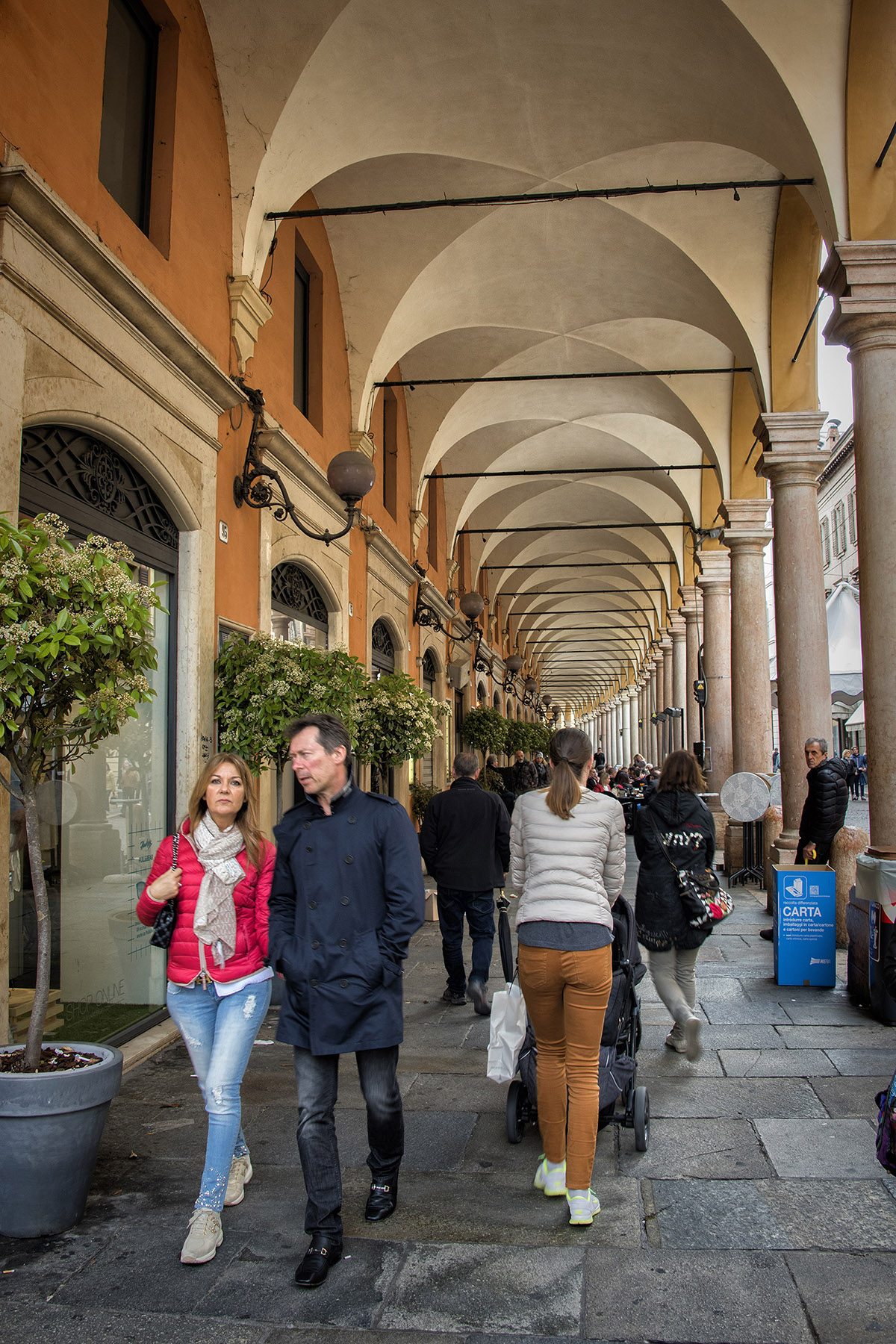 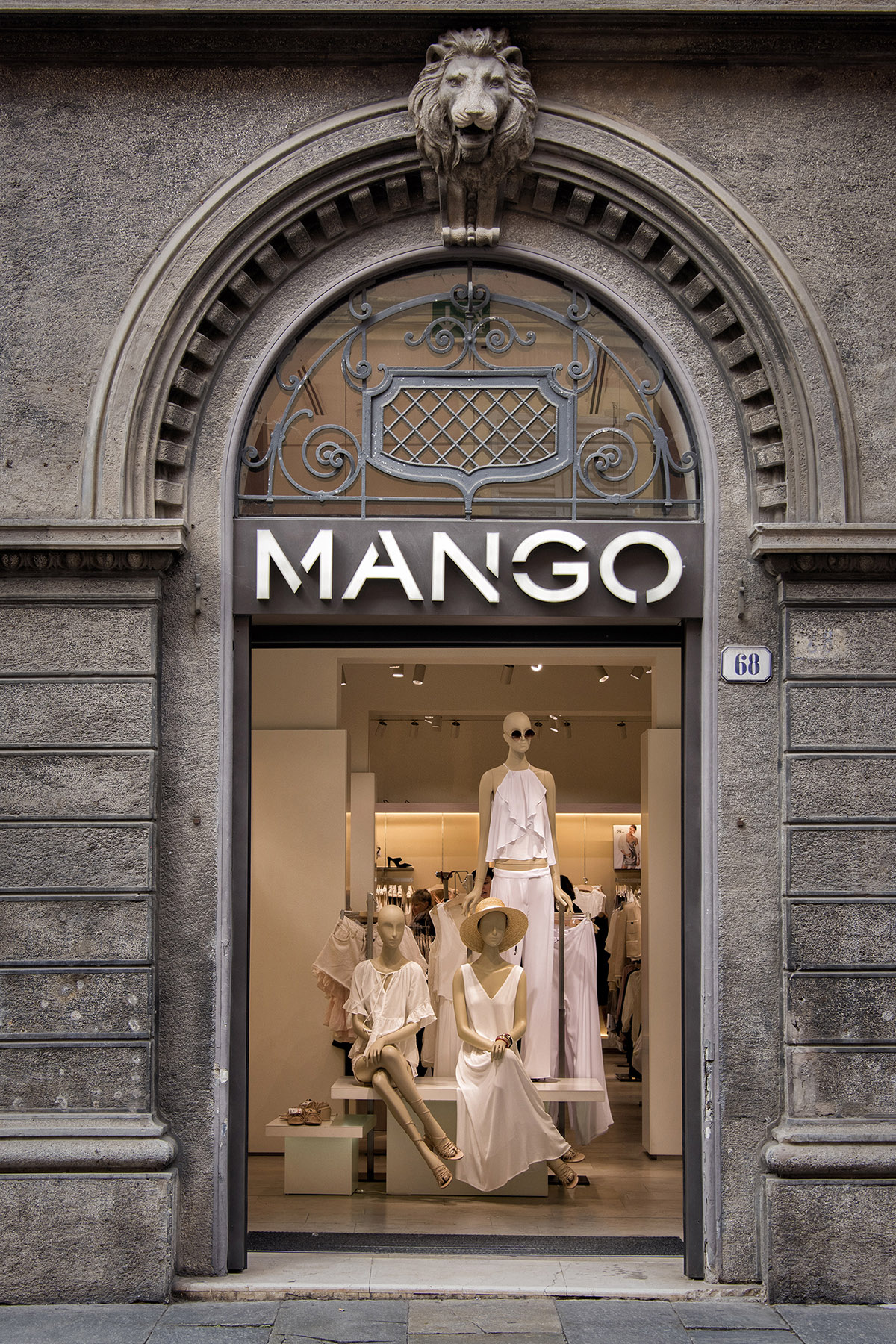 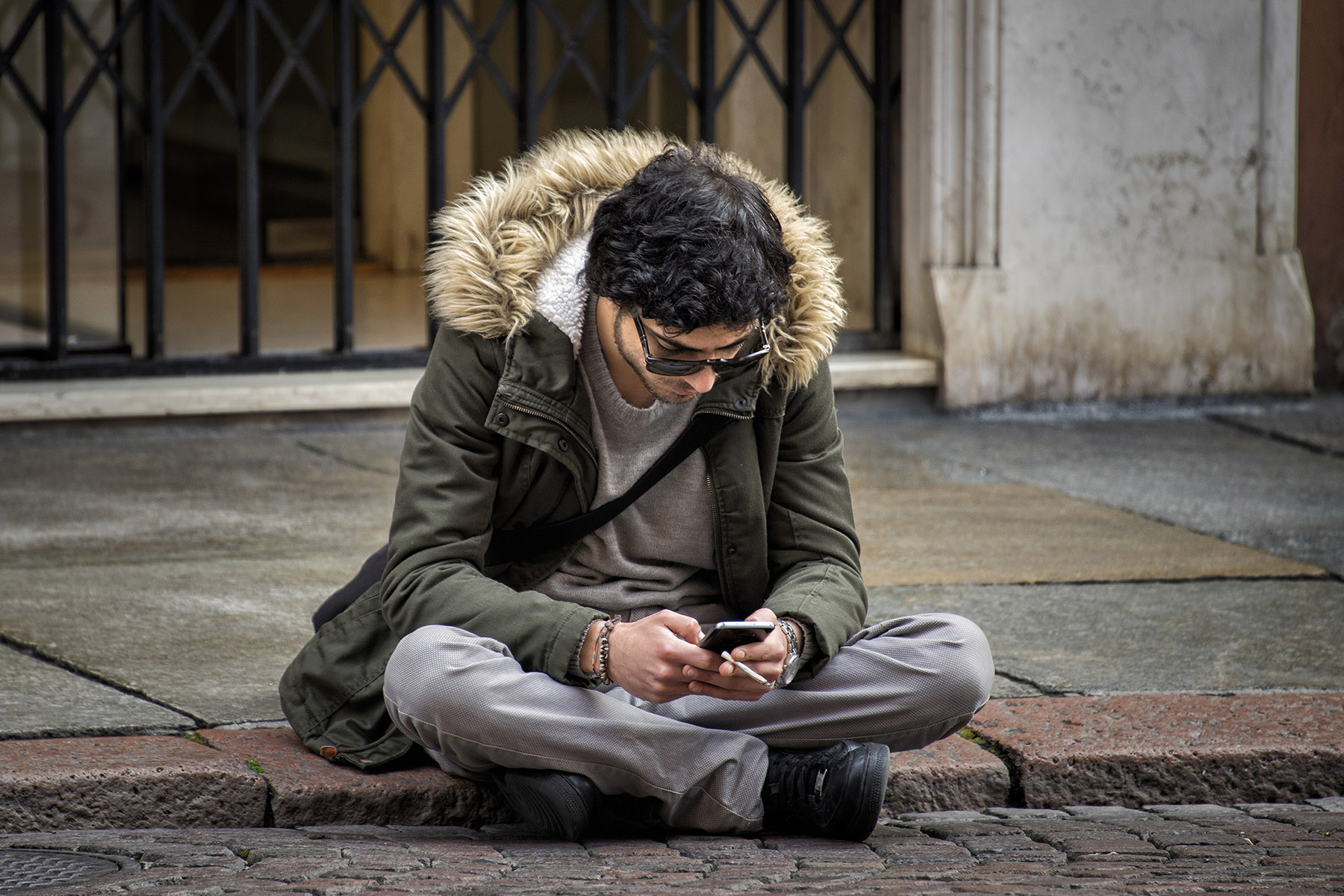 Torre della Ghirlandina anchors the center of Modena. We noticed that the tower is on a slightly different angle from the main church, not an uncommon sight for many of Italy’s towers. 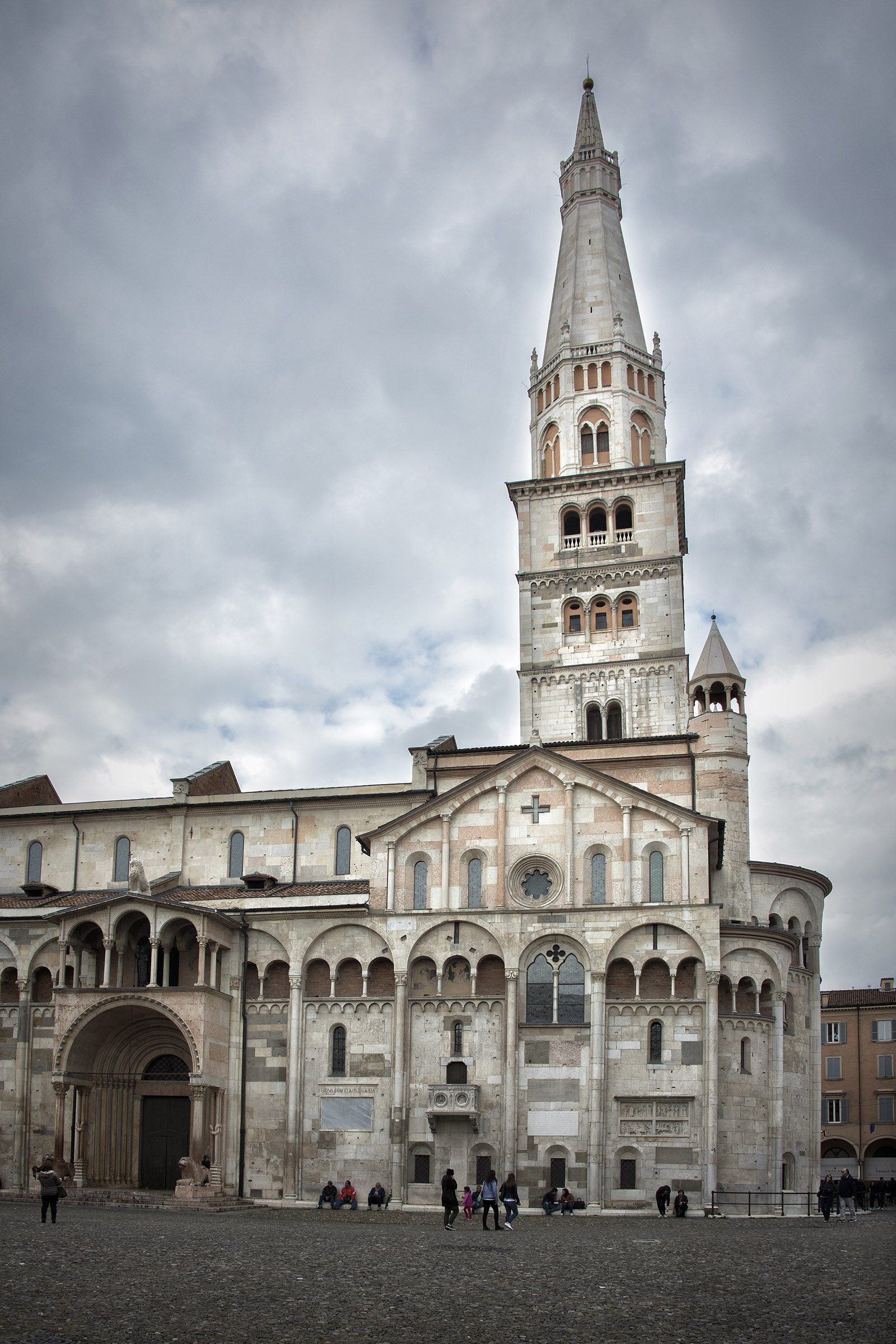 There was a major restoration in 2010-11 which may account for the metal ‘staples’ we saw in some of the stonework. 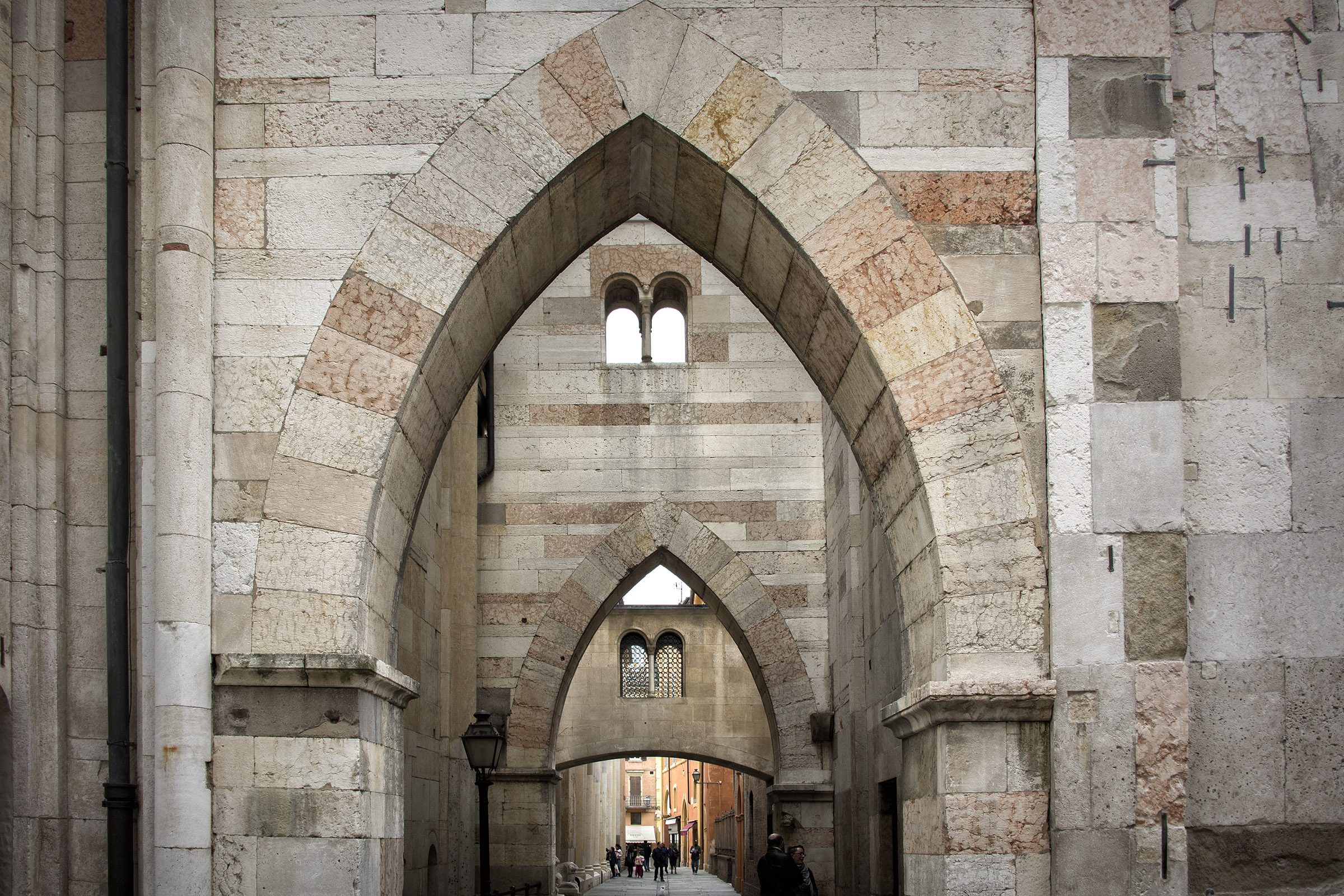 Dany told us that native son, Luciano Pavarotti, gave several impromptu concerts in this small piazza at the rear of the torre 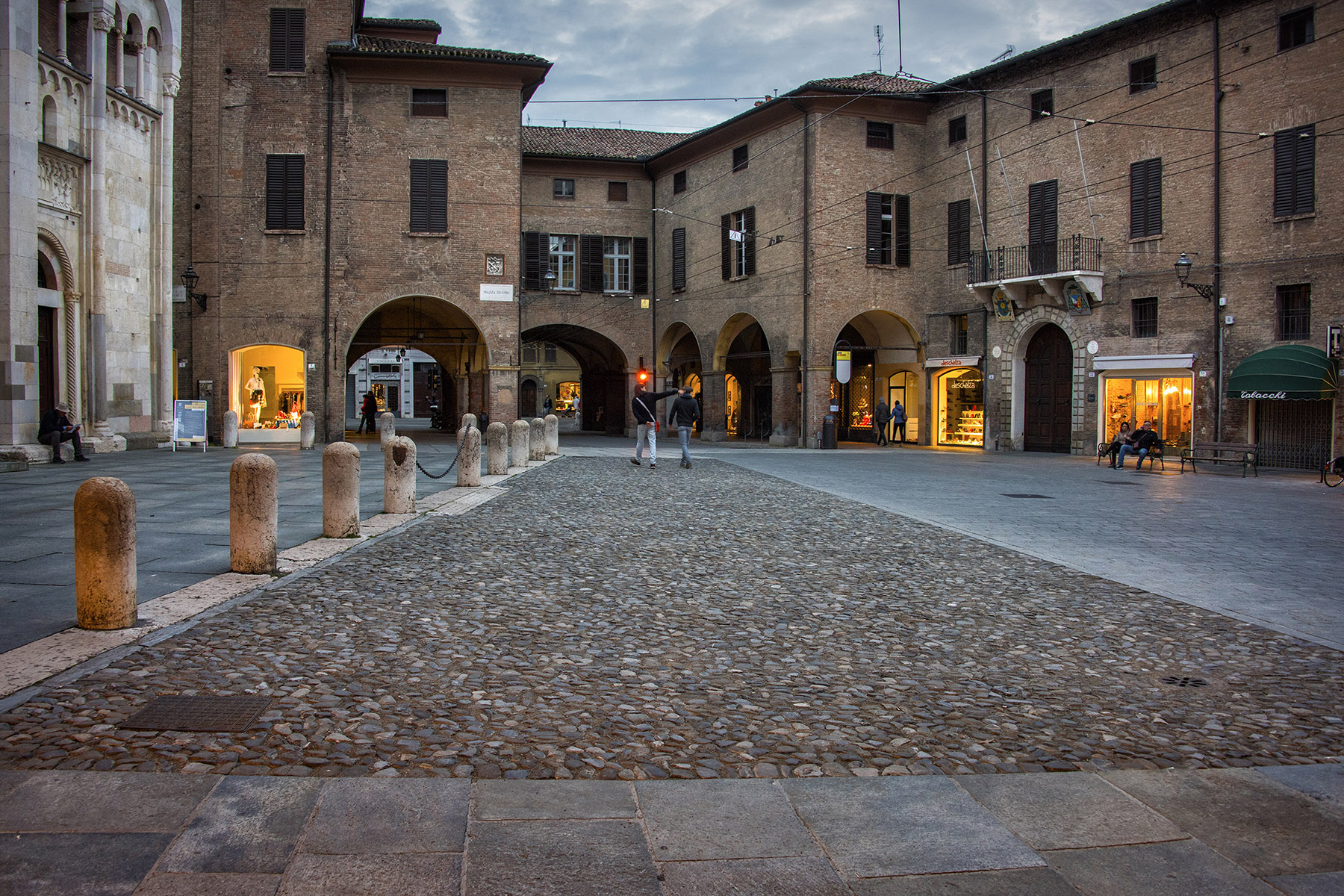 We wandered over to the Accademia Militare at the end of Via Luigi Carlo Farini, a building with an impressive facade and interesting water feature, and noticed this couple in a romantic embrace. But, alas, looks like Mr. iPhone held more interest. 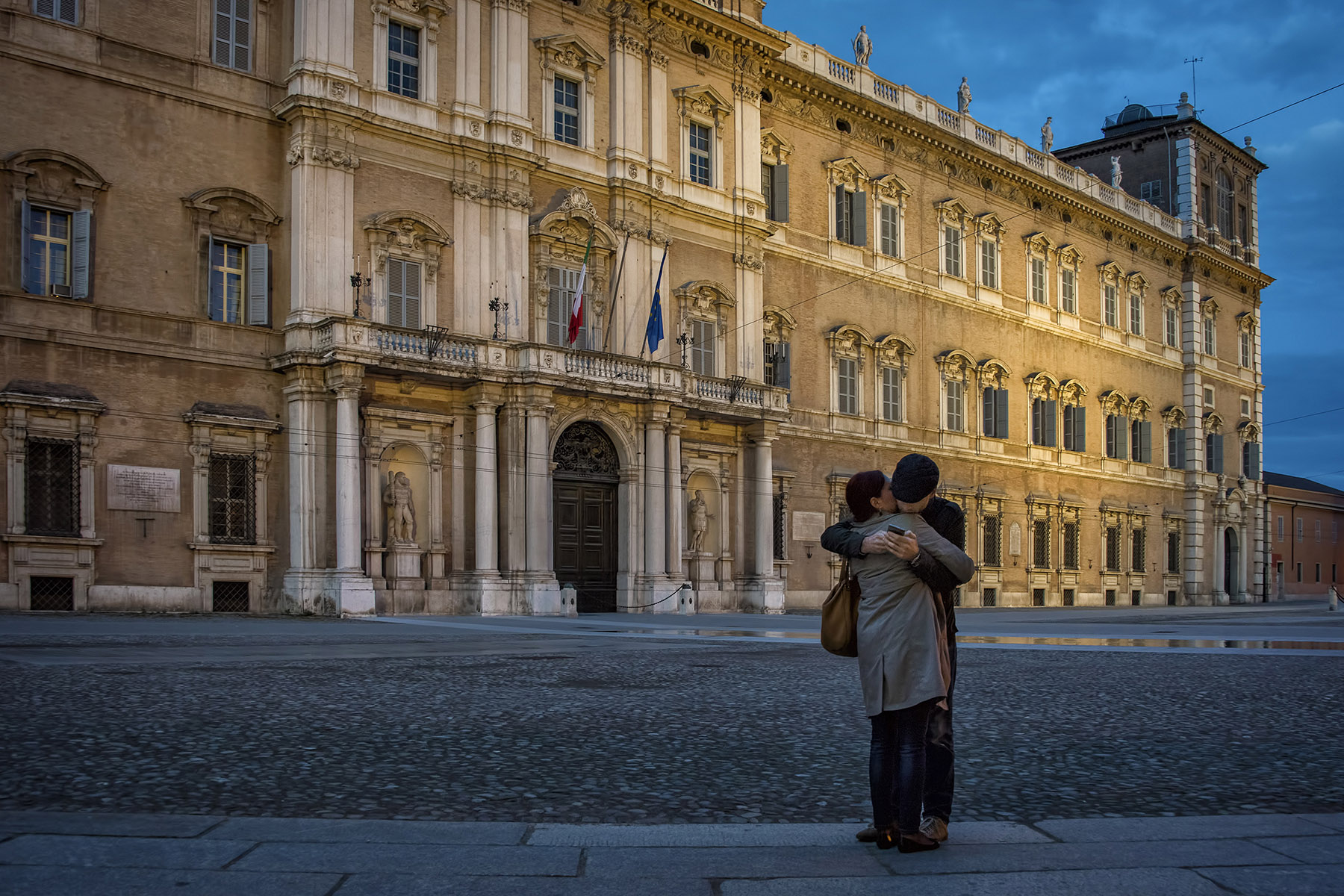